I went flying for the first time today and maidened two builds, The Tyro119 and the Tyro129.

It wasn’t fun. The wind had a ground speed of around 22mph and obviously much higher the further up in altitude I went. The Tyro129 was really struggling to make any headway when straight into the wind and this is due to the fact I only had 4S packs with me. Both quads are rated at up to 6S so what would be the people’s choice of 6S packs for a 5inch FS and a 7inch LR quad?

The Tyro119 maiden did not go well at all, it lasted all of 20seconds or so but I’ll post that in the “I crashed my Drone” thread once I pull the DVR footage from the goggles.

so what would be the people’s choice of 6S packs for a 5inch FS and a 7inch LR quad?

I rather like the Tattu R-Line 6s packs I got from unmannedtechshop.co.uk. They seem very decent quality to me, and they are given a good rating on OscarLiang. I’m only a n00b FPV pilot so take my words with a pinch of salt.

Unfortunately I don’t have the DVR footage of the crash so a brief description, and a lesson, will have to do.

It was my eagerness to get the 5inch in the air which was my downfall. I flew out to the middle of the field and did a punch out. At just under 400ft, your honour, I see the word “Failsafe” in my googles and all I could do was enjoy the ride down. So my mistake was to not allow enough satellites to enable GPS rescue, and not secure the receiving antennas properly as both had been chopped off at the knees by the props. The quad itself… not a scratch. I still had to walk a fair distance as the high altitude wind carried it some distance.

It was my eagerness to get the 5inch in the air

I know that well @nidge
Do it myself, too often

When I was looking for 4s batteries for my new 5" Karl @notveryprettyboy recommended GNB 130C batteries from HobbyRC. They do 6s versions too but I don’t know how good the 6s versions are. Like BasculethiTellur above, I’m a complete noob to fpv too (not even had my first flight yet) 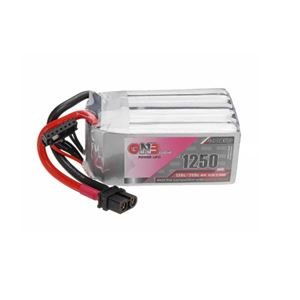 Normally I’d agree with you about the GNB range, I’m happy with their 1S, 2S, 3S, packs I run on my toothpicks. But very recently Ian uploaded a short YT video of one of his 4S packs blowing a cell. He says it’s the second one of these packs to do it to him. 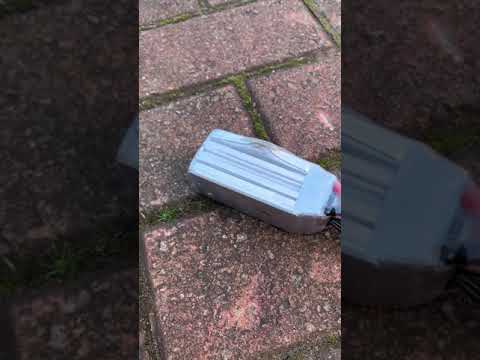 @BasculethiTellur: Tattu it might just be. I may order a couple later this week.

Thats the ones Steve, I got the 1500mA versions

Oh shit! I will have to keep a good eye on them while charging

thats not a great sign to have 2 go the same way. Maybe he had a faulty batch?

Lipos’s aside, what flight mode were you in? Angle or acro? I find it hard to see how it wouldn’t cope with the wind? Unless it was in angle and it had a low max angle.

I was in ACRO mode, nose fully tilted down. Ifi raised the nose the quad just climbed. I was even able to go off the throttle and autorotate to the ground. To give you an idea of how strong the wind was, the other guys at the field had resorted to playing with their RC Buggy’s.

resorted to playing with their RC Buggy’s.

Always good to have a fall back plan.

Interested in your thoughts on the Tyro129 generally, apart from the crash. I’ve been pondering a 7" build for a while now and the price is tempting compared to somewhere in the region of £200 to spec out the parts that I would probably choose for a self-build. That said, I had a Tyro79 and wasn’t hugely impressed. Pretty much every part felt like it was the absolute cheapest you could find. I’ve spent easily as much as the original cost again on replacement parts and it’s currently sat on the shelf with one burned out motor.

On the Lipo question, people seem to rate the CNHL batteries and I see Drone Authority has just taken a delivery of loads more stock yesterday…

I think the Tyro129 is a fairly capable quad, it’s not an outstanding quad but for the money, if you can get it when discounted, it’s good value.

As with a lot of Eachine stuff there are inconsistencies, most notably with the Tyro129 is the FPV camera. It’s the luck of the draw as to whether you get a Foxeer or Caddix camera. In the first kit I received a Foxeer camera but the wiring was for the Caddix camera so I had to make my own cable. The camera was also quite out of focus and image wise a poor comparison to the Caddix camera.

The 129 is supposedly spec’d to run on 4s to 6s but I found it totally gutless on 4s. 4s would be ok for calm days for sedate cruising but don’t expect ripsnorting performance. When mounting the GPS I suggest on one of the rear arms. If you place it according to Banggood’s pictures you’ll never receive a satellite, and if you stick it on top of the frame satellite acquisition will be slow due to noise levels generated by the flight stack.