Abandoned Lime Quarry - Added to Everything Else in Wales 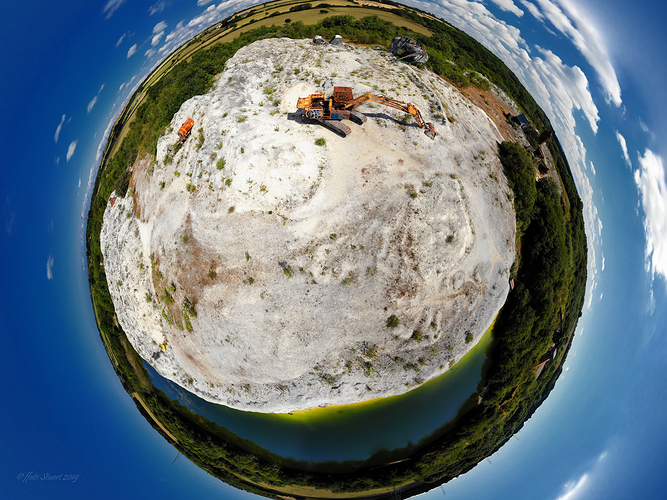 This is an abandoned lime quarry with lots of the machinery still ‘intact’ - and it is a fab Urbex location. I’ve marked where to park on Waun Bant Road - which is limited. You then have to cross a fence with barbed wire but this fence and barbed wire are both illegally added by the local farmer that doesn’t like folks next to his fields. A short walk takes you to the start of this Urbex location, which, at the right time of year is also a great place to go blackberry picking.

Who owns the land is one of those local myths, but it isn’t the farmer, and it was most likely the now defunct Stormy Stone & Brick Company. Lots to see / shoot here iuncluding a waste water pool (where my old P3SE is likely languishing).

The originator declared that this location was not in a flight restriction zone at the time of being flown. It remains the responsibility of any pilot to check for any changes before flying the same location.