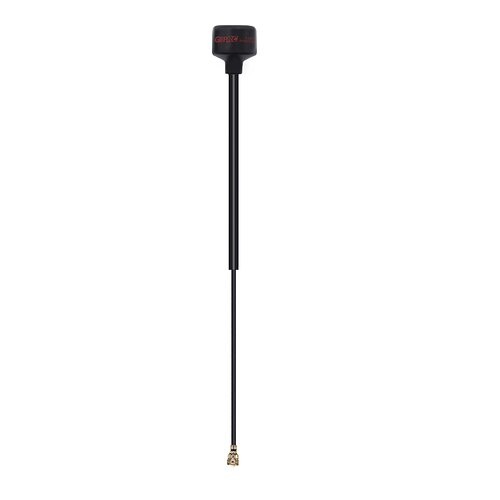 Is there much of a prospect of better reception behind obstacles with better antennas ? I am looking at these (unfortunately only RHCP on the website) 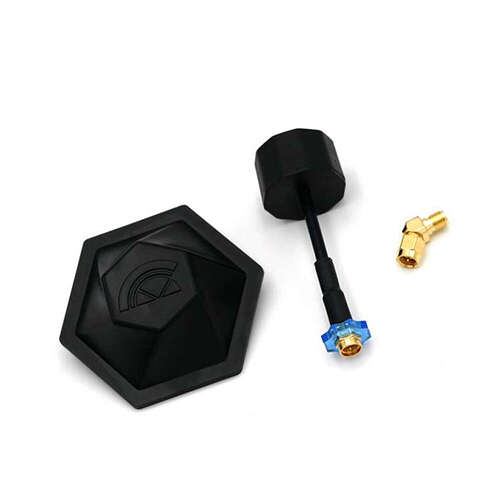 or is the only viable option to switch to DJI digital ?

That’s the holy grail!
DJI fpv has good penetration, especially at 1200mw 2.4ghz. But really, a good antenna free from the frame and head (goggles wise) with a lot of power will work.

I have a vas crosshair extreme and it’s good. The pepperbox is better I’ve been told.

I like the truerc singularity omni’s. They are long and clear your head if you go behind yourself.

or is the only viable option to switch to DJI digital ?

I’ve not been able to find out how the DJI digital system actually works antenna wise. As many know the preferred antennas for analog video are circularly polarised. That’s because when a circular polarised signal is reflected (multi path) the polarisation is reversed, meaning right-hand becomes left-hand and vice-versa, and as the antenna is unresponsive to the opposite polarisation it only receives the direct signal and “mostly” rejects the reflected signal. This is why circular polarised omni antennas are used in preference to the linear dipoles, even though the circular omni-directional antennas have negative gain.

I have the Amimon Prosight System and at first glance it appears counter intuitive. With the Prosight digital FPV system a method known as MIMO, meaning Multi-Input Multi-Output, is employed. This is also used in many other digital systems with WiFi being one of them. Using this method the system is able to exploit the multi-path predominant in EHF and Microwave signals, so rather than being rejected the multi path component is utilised to increase the capacity of the link. On the Connex Falcore Quad I have there are two linear antennas on the Air unit, one horizontal and one vertical. The receiver has five antennas all vertically polarised. This was falsely interpreted by many users as a vertically polarised diversity system when in actuality they all work cooperatively as a single array, with both polarities being recombined in the receiver, effectively reducing the error rate and allowing for greater range with lower power levels. I was able to compare the Prosight system against an analog system, both using 25mW, the last time I flew at my club site. I was able to enjoy a crystal clear digital video feed out to a distance of around 800m where as the analog feed was plagued with breakup after about 300m.

I know that some DJI FPV users are using antenna arrangements similar to those we employ with our analog systems, directional and omni-directional as used on an analog diversity receiver, but if the DJI system is also employing MIMO this would be detrimental and possibly why many are pushing up the power levels of their goggles and air units.

I’ve not been able to find out how the DJI digital system actually works antenna wise. 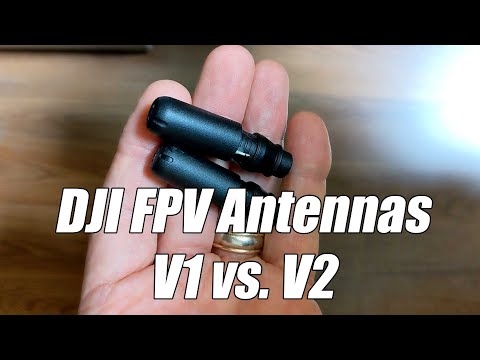 Not sure if this will help you @Nidge

Thanks, Deano. It’s not so much the antennas but rather how the signals are handled. According to those who use it the claim is that on the goggles two antennas are used for receiving and two for transmitting, and it’s just regular diversity switching. However there’s no documentation from DJI supporting this. I would be leaning more to the notion that DJI are using a MIMO configuration, same as the Prosight system, but with CP antennas instead of linear, as the signal is OFDM and this is the optimum configuration for a signal type such as this.

I’m now confusing myself, never mind anyone else

Yes it was, unfortunately. It was probably ahead of its time as even today there are only two viable HD options, those being the DJI and the other the Fatshark SharkByte.

The Prosight system was first released as a kit but later was available installed on the Connex Falcore racing quad. Amimon, the manufacturers of the Prosight system, are still in HD video market but they now concentrate on commercial drone systems and other wireless options for the film industry.

I’m not entirely sure how the shark byte works either. Its designed to use 2 patches and 2 omnis. Then, so what I have heard, fuse them together.

Then, so what I have heard, fuse them together.

This sounds as though could be using a MiMo technique.

The more I look into this the more fascinating it is becoming. But remember I’m not a normal person. When I as gainfully employed I worked with satellite communications where the predominant modulation method was Phase Shift Keying and Quadrature Amplitude Modulation (PSK and QAM) and multiple data streams were used using Time Division Multiplexing (TDM). My limited experience of Orthogonal Frequency Division Multiplexing (OFDM), as used with DJI, Fatshark, and Prosight, FPV systems, has been gained since retiring as it’s only used for terrestrial purposes.

If you believe you have aspirations to be as disturbed and dysfunctional as I am then the Wikipedia article below maybe of interest. The choice is yours, much like being offered the Red Pill or the Blue Pill by Morpheus. Don’t forget to wear sunglasses.

In radio, multiple-input and multiple-output, or MIMO (/ˈmaɪmoʊ, ˈmiːmoʊ/), is a method for multiplying the capacity of a radio link using multiple transmission and receiving antennas to exploit multipath propagation. MIMO has become an essential element of wireless communication standards including IEEE 802.11n (Wi-Fi), IEEE 802.11ac (Wi-Fi), HSPA+ (3G), WiMAX, and Long Term Evolution (LTE). More recently, MIMO has been applied to power-line communication for three-wire installations as part At...