Another one bites the dust (tree)

OK, so I’ve lost my Mini 2. I was returning to home when a massive wind came and I couldn’t fly against it. Even in sport mode. The drone was blown backwards about 1/2 a mile, I guess and then I lost controls and I think its landed in a tree. I know roughly where it is but how accurate will the last coordinates in the log be?
Also, it’s so long since I’ve looked at flight logs, what’s the best app to use? Airdata?

Another problem now. Looking for the flight log on my phone. Last one is dated 17th Feb, nothing from today. Any ideas where it might be?

Android. I seem to have 2 folders called flight logs. Airdata is using the wrong one for auto upload (the oldest one). Any idea how to change the default folder in Android Airdata app?

I believe the current version of the Fly app saves them in :

How you change AirData to auto sync from the correct location, I’m not sure - but you an manually upload them via the web page.

Airdata will sync the flights from DJI’s server 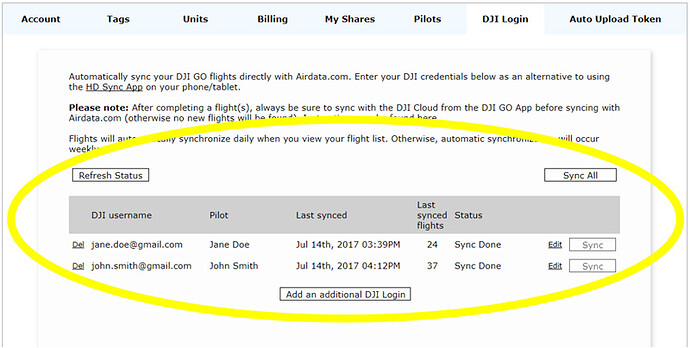 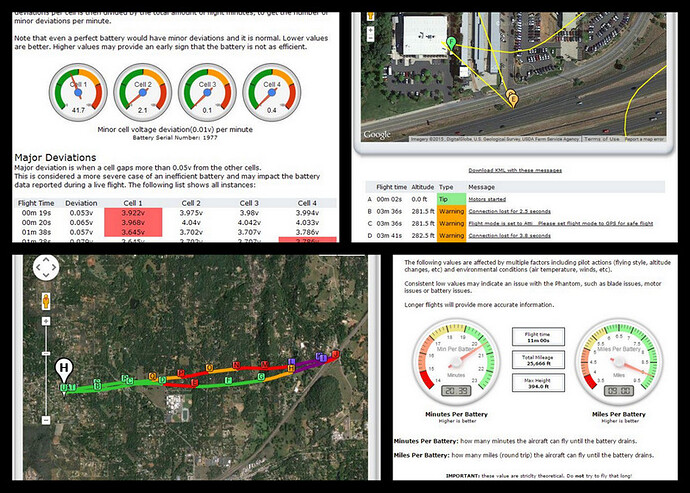 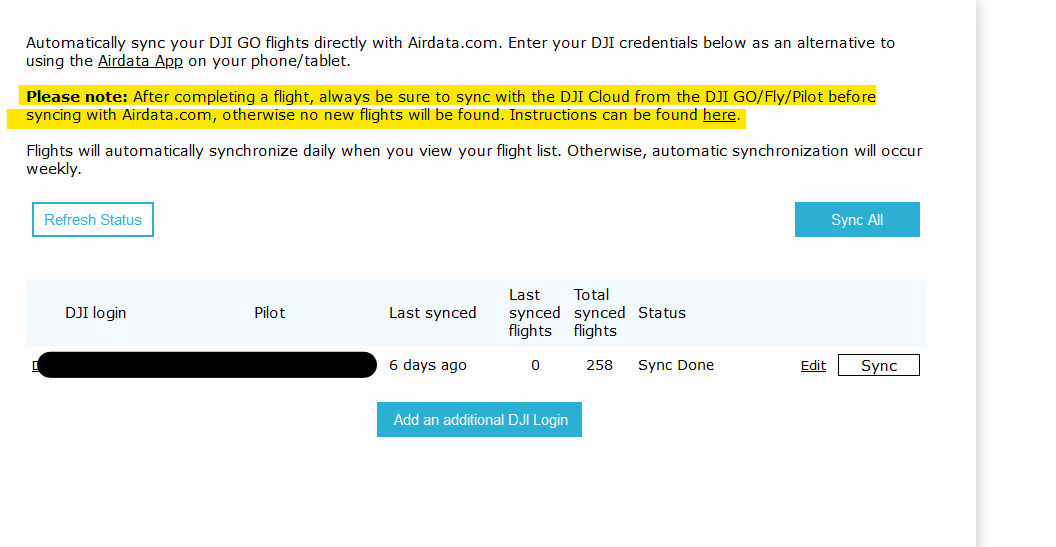 Thanks Wayne. I’ll go back into DJI Fly and see if I can sync it.

OK it’s all going tits up now because I’ve got moisture in the phone port and it won’t let me connect a cable! Aaaarggghh!

@ash2020 Ash, you don’t need to connect a cable, have your phone connected to the internet and open the DJI Flyapp

Goto Airdata on your PC and do the above, you need to input your DJI log in details 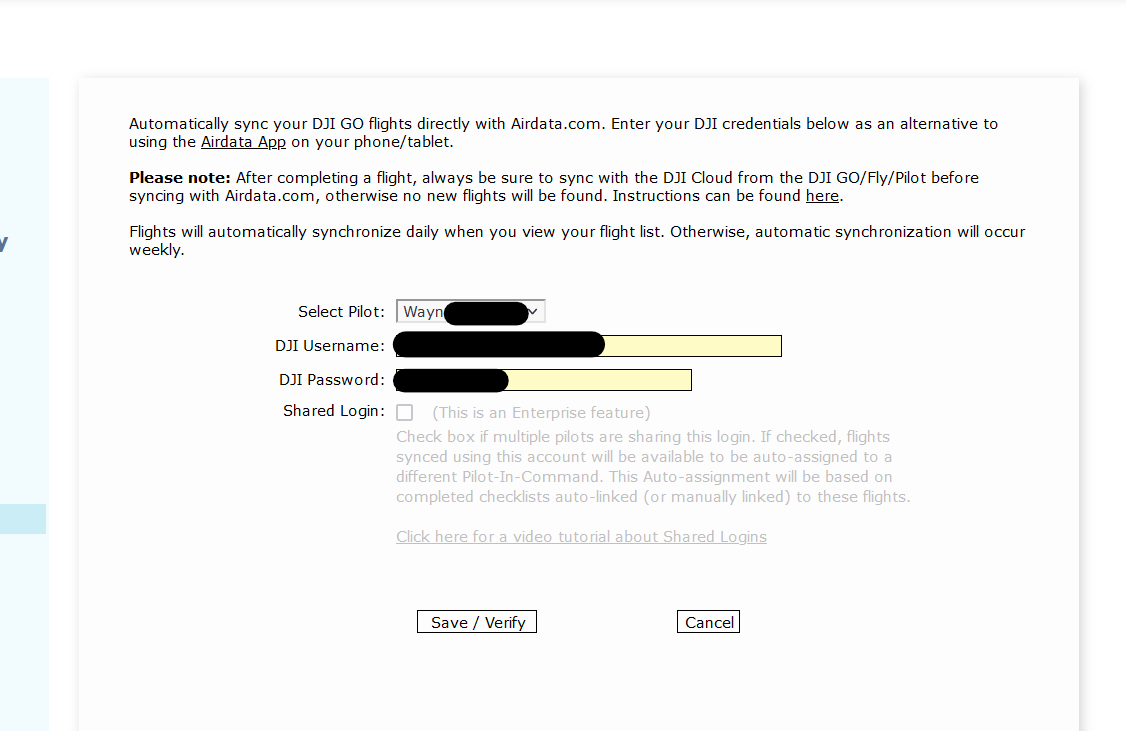 Woohoo! Thanks. Done it! Now to find the exact tree! 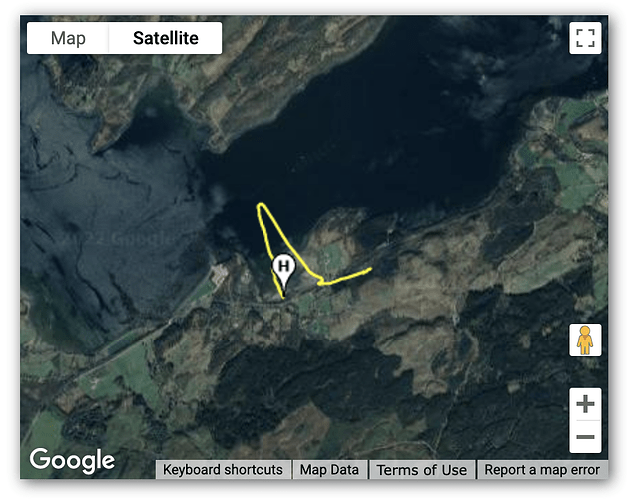 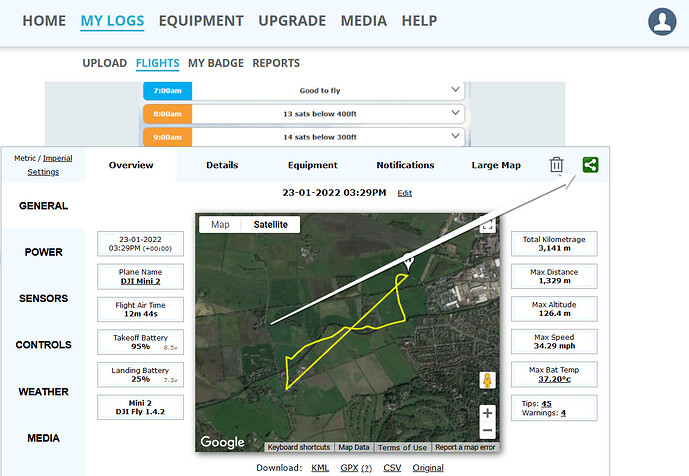 It’s very odd. I believe it is at point N because I saw the ground on the screen when I pointed the gimbal down and I know the place well. If it is there, it can’t be 60 metres high, the trees aren’t that big.

I’m just off out to have a look for it, but I would be very grateful for any input.
Cheers

The final location claims it’s only 8.5ft asl. Not up a tree.

But that’s only 8 satellites, so potentially not an accurate height or location. 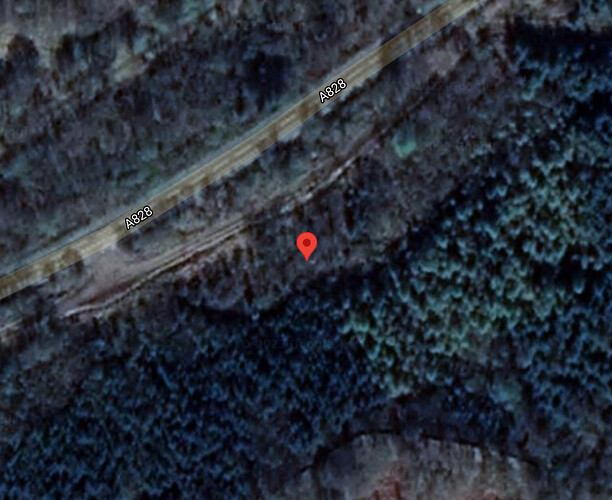 Wow! Excellent, thanks Dave. I’ll convert that into a what3words and go and look for it. How do you know that is the final position and not point O at the end of the long straight leg at the end? Where do you get satellite number from?

Oh - and only doing just under 3mph at that point.

I downloaded the .csv data from AirData and opened as a spreadsheet.

Brilliant! But that means it could be 99 feet up. And why does lat & long change so dramatically between 2nd last and last? I know, it fell out of the 99 ft tree and lost satellites when it landed?

And why does lat & long change so dramatically between 2nd last and last?

Probably because of the fewer satellites giving a far less accurate location … and it might be upside-down, somewhere.

The time-stamps are identical … to the second … so it won’t have moved far in under a second at 3mph. At 3mph it’s 44 feet in a whole second … and with the same time-stamp they are probably no more than 0.5 secs apart.