The amazing 6 engined 314 tonne 88’ wingspanned giant of the skies has been destroyed by the russian army at her homebase of Hostomel airport. What a shame. A senseless waste and a shame.

I watched abandoned engineering a few weeks back and they showed the factory, and there is a half built one waiting for someone to need one. 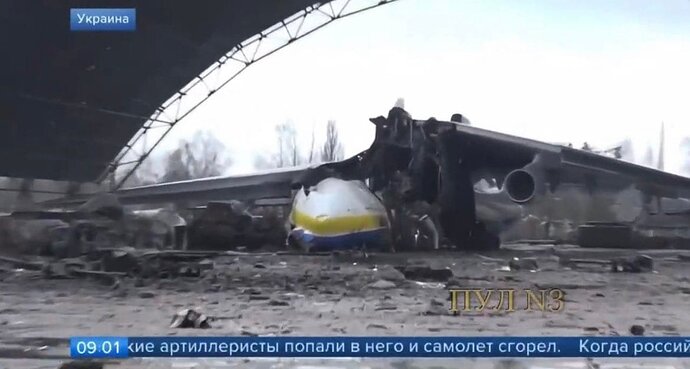 Very sad. A beautiful plane. One of a kind. Hopefully it’ll get rebuilt in the future.

Used to see it over Doncaster as it flew into Robinhood Airport.
Amazing site. 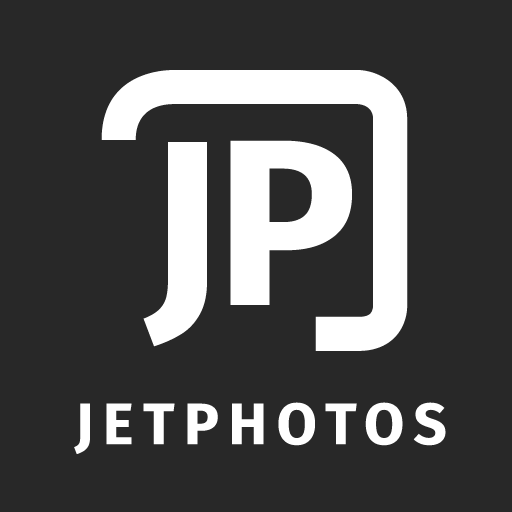 Hmm. I wonder how it was able to fly around Kyiv on 11th March when it was destroyed by a Russian air strike on (or before) 28th February. Antonov AN-225: World's largest plane destroyed in Ukraine | CNN Travel

It last flew (back from Denmark to Ukraine) on 5th February 2022. 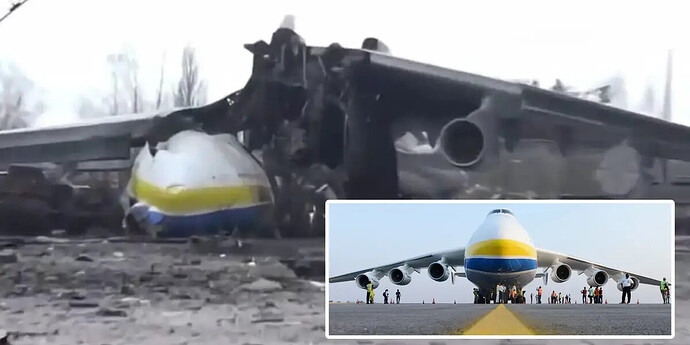 There WAS a nearly complete 225 in the Antonov factory which was hit by a missile/artillery fire the other day. This one could have been used to repair/restore the original, but not now!

Antonov announced the AN-225 will fly again. Good news! 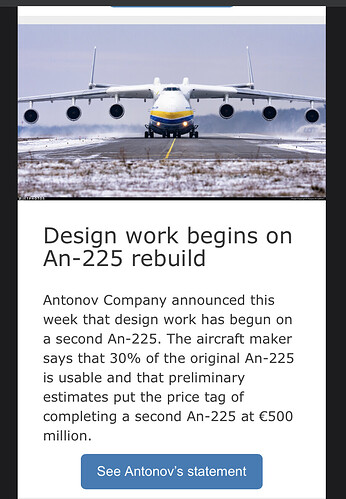 Hopefully the partially built one is still ok.

It would seem that’s the one they want to complete. At $500 mill it’s still quite expensive but the best of luck to them and what better way giving two fingers to Putin.

Iv been on board the 225 and it is totally amazing but very eastern European almost dated as the controls are toggle switches and the crew quarters up top smelt of Vodka.

But it was explained to me that the crew live onboard for weeks on end flying from country to country .

Going on board must have been fascinating - perhaps the old toggle switches deal better with spillages? I once flew in an Mi-8 and well remember the bamboozling cockpit - toggle switch heaven with cyrillic labelling which seemed unnecessarily complcated!
Be interesting to see if the designers upgrade to a glass cockpit or will the realities of the air crews win over!!!