maybe the mob6 would be a better option since I am a complete beginner to fpv, I can always slap on a larger capacity battery right? or is this not an option

Nah the best option for a beginner is get outside with a 3.5 or 5inch! Throttle control you’re going to hate indoors, and get on the SIMs! Flying round your house is OK to start, but you’ll hit that ceiling 100 times, plus you’ll get bored quick! But as you don’t have the money for a Babyhawk 2… Heheh!

so i probably just need to stop overthinking it

I guess that does make sense. I’ll look on the FPVshoppinglist for some 3.5s. got any suggestions for one? also are they significantly more expensive?

maybe the mob6 would be a better option

Ok… so if you are going to fly a lot around the house then yes.

However flying around the house is VERY hard… you really want to be flying outside and then you want a larger quad.

If starting off and you are able to get out and by that I mean to a large field. Then it is summer right now, so get a larger quad and fly it outside.

Then winter comes and the outside becomes unflyable (not long now really) then get a mob 6 and fly in the house. 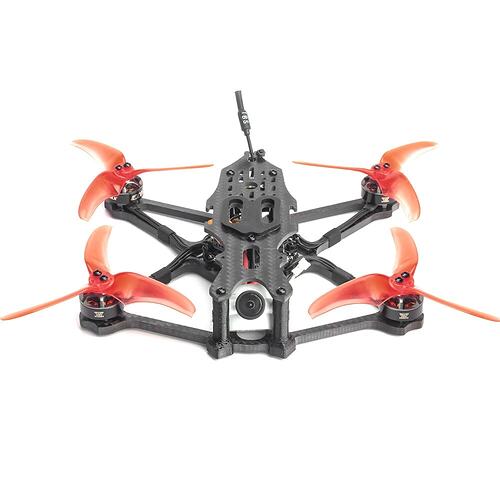 The Babyhawk II Analog is a superior and powerful drone that offers great performance and longer flight times all in a 250g aircraft!

Possibly my favourite quad! Though no stock of course. It’s quick though… Don’t get the HD version and make sure you get the right radio for it… It’s solid (other than the props, buy 100 packs of those), survived a LOT of concrete crashing that one, including sliding down willingtons power station towers (not the props!)

I dunno it’s hard mate… We’ve all bought things we regret I guess.

Thing with indoors, is that throttle control, which is just “learnt” over time. The mob 6, 7 and TH’s are great indoor quads, the racers race the mob6 mainly, but we’re all a long way off of that! I think we all fly angle indoors, which means you’re not going to learn acro unless you go outside, hense my recommendation of flying the 75mm whoops indoor and out. though higher chances of losing it (harder to spot a whoop outside).

that drone looks amazing, looks like it could fit a camera mount ontol too. it’s out of my budget unfortunately, however I might be able to get some extra work for it because it does look worth it. are there cheaper options or is that the cheapest worth buying, because of course I don’t want something cheap if ill regret it

higher chances of losing it

Yes! A bigger quad with a battery backed vifly style buzzer is essential!

Also don’t spend a lot on that first quad. As JB says most likely you’ll lose it after a couple of flights!

I have a runcam thumb on mine, probably couldn’t add a gopro… And then there’s batteries to factor in, and chargers, a buzzer (£10) yeah not cheap option… I dunno about alternative 3.5 inches tbh. EMAX make great stuff, as do happy model. I have an EMAX, Happymodel, and BetaFPV Whoop, and all good. I’d say the happy model (mob7lite), and the EMax (THII) better tunes, the betafpv in acro outdoors has some issues, though according to nick burns all these small whoops can have acro issues apparently

I wish I could recommend the darwinFPV tinyape, but sadly it’s ELRS and tune are not good for a beginner. Only £100, shame…

BTW you can’t fly the 3.5inchers open prop quads indoor at all. Well you can, but say good bye to your paint, TV, lights, etc, etc

Yea, maybe I should stick with the THII then so I can fly it outdoors and indoors, even if it doesnt specialise in one or the other. Then maybe in the future I can get a 3.5 or 5 for outdoors only. I heard the stock THII tune is good for beginners anyway.
Is there much difference between the THII and the mob7lite?

I’d ignore the moblite 7 for a beginner, I just couldn’t fly it when I first got it (and had had some experience with the TH at that point and a 5inch). Didn’t touch it for 8 months, flew it again recently and was OK. I would consider the mobula7, as it’ll be slightly better than the 65mm ones outside. Though I can’t figure out if they do 2S. Nick burns video states it does, but… 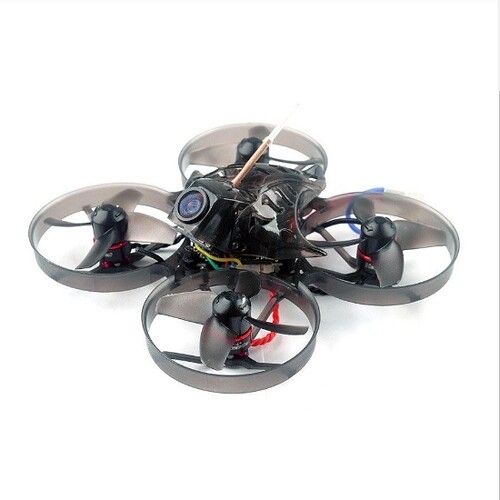 With that charger you will need a power supply, and also watch it, as one @notveryprettyboy gave me, caught fire when I was flying with goggles on, and my spotter went “fire… fire…”, I was like “where?”, he said “here’s just by your feet!” hah. Vifly whoopstor a GREAT whoop charger (and only one I know that’ll do storage charge), but you’ll still need a power input for it… some of the others come with USB chargers, slower.

Ok that looks good. yes it says it does 1s and 2s.

let’s hope I don’t set myself alight!
I’ll probably end up going with that then as it looks like a solid pick and the TH2 is out of stock in most places.

Yeah stock a PITA! Looks like the 2S is literally using 2 batteries! Don’t see why you couldn’t use a 2S battery, though you won’t have a charger for that

Power supply example you’d need, you can get them with higher wattage for when you “upgrade” in the future and get a “proper” charger for the 4S/6S batteries you use on the bigger models, but this is the minimum you’d need to use that charger. 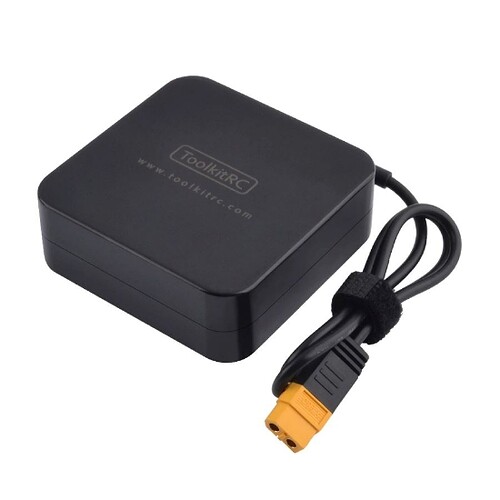 Buy a load more batteries (you do kill them over time)…

Optional (esp if you want to look after your batteries better): 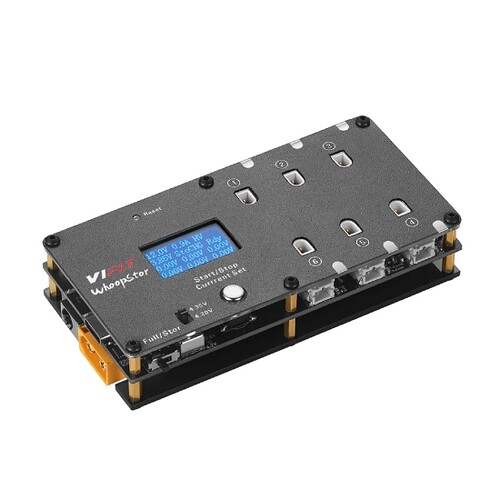 The VIFLY WhoopStor is a 1S LiPo/LiHV battery charger that can charge 6 batteries at once.

Well done hobby RC for stock levels. Hobby RC also do discount codes of 5% should be one on the forum somewhere…

I think you’d be happy with that lot

thank you this is extremely helpful!
bookmarking for future reference