British Airways flight from Stockholm came within 50ft of smashing into a DRONE 8,000ft over London as it landed at Heathrow, report reveals: 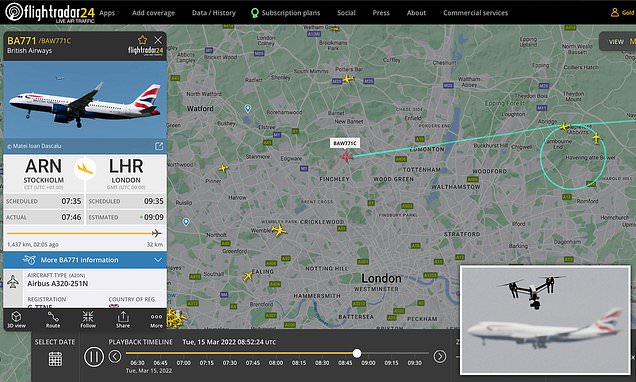 The UK Airprox board described the incident as the highest possible risk for a near miss. The plane, flying over 280mph had up to 144 passengers when the drone was spotted by the pilot (file pic).

WTF kind of pilot can see a drone at 280mph

If you managed to see it during the last part of that second, I very much doubt you’d know what it was that you thought you’d seen.

It MUST be true, it’s in the Daily Mail!

It’s clearly a mixture of parallax error with a much lower altitude manned aircraft and confirmation bias after a pilot’s gotten it into their head that drones are a serious collision threat.

““The University of Dayton simulated a collision in 2018 by shooting a drone out of a cannon into a plane wing - tearing the wing up with its spinning propellers.””

How did they manage to fit a drone in the canon with the propellers spinning let alone fire it out of a canon without it being ripped apart.
As anyone who has wached the video knows, the drone was broken up before being put in the air canon, plys the eing was from a light aircraft and only a section of it meaning the structural integrity was already compromised.
Sensationalism again.

… covers a multitude of sins in aviation testing

I struggle to believe that the pilots could absolutely positively identify what they saw as a drone. (I am a retired former military and civil pilot with over 47 years experience.)

I agree they could well see something but to be certain it was a done, not a model aircraft, a bird, one of these metalised balloons is stretching it in my opinion.

Yeah I don’t see how that is a 100% possible !
Just gets us all a bad name again !
Oh and we’re are all these ufo’s they’ve suppose to have seen over the years

……
Lsd makes you hallucinate right ! So can tiredness

A lucky escape, that drone could have been completely destroyed. Some of them are really expensive. Plane drivers should be more considerable and not to land their jumbo jets so close to people’s more prized toys

If you managed to see it during the last part of that second, I very much doubt you’d know what it was that you thought you’d seen. 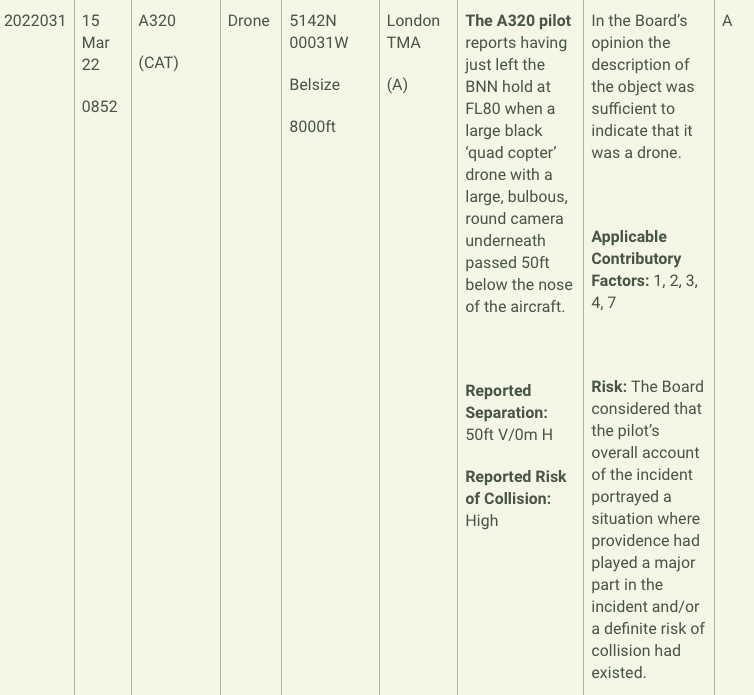