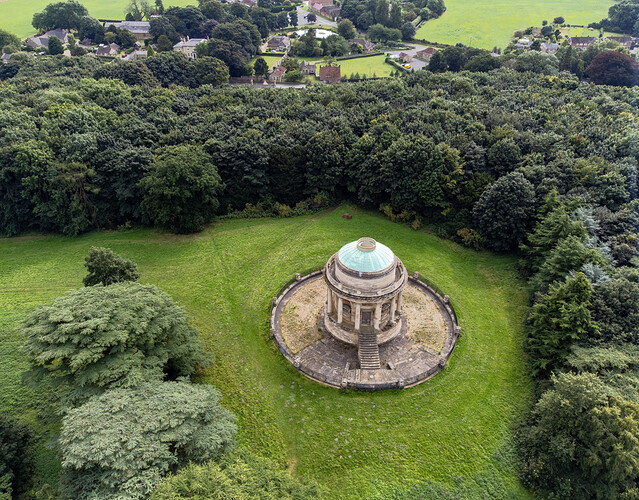 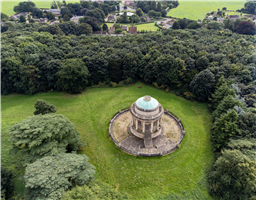 This location has been recommended to fly your drone in the Monuments category in the East Midlands region.

James Wyatt, probably working at the time at Brocklesby Park, designed a mausoleum near Great Limber to commemorate Sophia Aufrere who died in 1786. The mausoleum stands on a mound which contained Anglo-Saxon burials. Wyatt took as his model the temples of Vesta at Tivoli and Rome. The interior is lit from above through coloured glass by Francis Eginton and contains a poignant statue of Sophia by Joseph Nollekens, and three monuments to members of the Pelham family which predate the mausoleum.
In April 2021 Mausoleum Woods permanently closed after historic monuments targeted by vandals.

The originator declared that this location was inside a flight restriction zone at the time of being flown. Permission to fly was obtained from ATC Humberside Airport. It remains the responsibility of any pilot to check for any changes before flying at the same location.