Did you make a note of the serial number. I doubt it will be same one when you receive the replacement. 99% of the time it’s never the same unit.

It seems that, in Holland, they do (almost) no repairs there at all. All they do is test and assess the issue, charge people for the cost of the repair when not covered by Care Refresh, and send out a refurb.

They accumulate a container load of faulty items and send back to China where they are all stripped back to component level, the components are individually tested, and new drones built to be sent out as refurbs.

I even question their “test and assess”. Many years ago I sent back my MP because of a possibly faulty gimbal and got a HUGE quote to replace arms and motors that were “all faulty as a result of a crash”.
I refused to pay such a silly quote - that didn’t even address the issue, nor had it ever crashed - and they did send it back to me.

5 years later, there’s still no issue with the arms motors … still flies perfectly.
I ended up fixing the gimbal myself.

They accumulate a container load of faulty items and send back to China where they are all stripped back to component level, the components are individually tested, and new drones built to be sent out as refurbs.

Yeah I’ve got serial number to check when Inget it’s replacement. It was the same last year when I sent it off after flying inside a factory without prop guards, wont be doing that again!!! This will be my 3rd serial number in a year

sounds like they are run by ex-halfords MOT staff!

Drone was delivered to dji today, then i got an email confirming its replacement is being packed. 10 minutes ago I had a call from foreign lands which I declined before typing the number into Google. Turns out to be dji care refresh, anyone else had a call from them? They have left a voicemal but I’m locked out of it as i forgot I changed the pin a few months back, ended up typing the wrong one in 3 times

Turns out to be dji care refresh, anyone else had a call from them?

They called me when my goggles went back, courtesy call to say it was on its way back and that I might get a call from DHL regarding customs forms to fill in when I got it

If I ever have to send mine back, I’d write my name all over it in permanent pen just for a laugh….

That was spot on Chris, just had a follow up email apologising for not being able to reach me on phone. The replacement has left the building and any problems with customs I’ve to get in touch. Now I need to find out if I can read the firmware version using litchi or the dji assistant software before activating it.

litchi or the dji assistant software before activating it.

I dont mind using DH, but I have litchi and assistant installed. I’ll download it anyway. I thought it was paid for software? Or is that only for fcc etc?

Or is that only for fcc etc

Yeah only for the hacks, parameter hacking and firmware flashing are free

Drone-Hacks, the best way to hack your DJI Drone - Hacks

Well she’s arriving tomorrow, unfortunately I’m going to be 60 miles away for the rest of the week on a big job

I might just have to make a special trip back home to pick her up. I have tried using UPS website to redirect the parcel to where I’m working but it wont let me until I have had a failed delivery. At least I know I’m going to be able to fly at the weekend, weather permitting of course.

Well it arrived and I couldn’t wait so I drove all the way back home and picked it up.
Now either she is brand new, or they have upgraded the firmware in a refurb unit to 1.05.0000, fucking knobjockey wankers

I think I’m going to email them and demand that they put back in the firmware version that was in the drone I sent them, not whatever they fuck they want so they can control a product that I have paid for!!! Excuse my language, but they’re fucking cunts. This will be my first (well actually 3rd cos I keep breaking them) and final DJI product. Not being able to use the DH FCC doesn’t bother me, I use Drone Tweaks which is unnafected. What gets me is they really think they can force firmware /software uprgrades onto people that don’t want or need them. If the fuckers made things right in the first place then poeple wouldn’t want to dick about. Stinks of windose and their pile of shite OS.

Stinks of windose and their pile of shite OS.

Truth is we only rent them

Hopefuly somone cleverer than aye will find a fix to roll them back. I’m pretty sure it will happen, wont it?
I’m going to have a read through all the bumff and crap, see if there are is any mention fr forced software/firmware upgrades on replacement products through care refresh. They’ll likely have that sewn up but you never know. Did I say they were cunts already?

not whatever they fuck they want

If the fuckers made things right in the first place

people wouldn’t want to dick about

their pile of shite

Did I say they were cunts already?

the fucktards have indeed flashed the firmware

I’m no psychology expert but is anyone else picking up on the fact that our mate Darren isn’t too happy today?

Sorry @PingSpike I just get a little over exuberant at times. Ever wondered why I sign into forums with Joe as my name? He’s my alter ego and allows me say what I wish from time to time. Mild mannered Darren tries to take control but sometimes loses the battle of wills, it’s a cunstant struggle and a battle we’ve been fighting for many years. One day I will win

and joe will go away, but for now I’ll just say I love you

I love you too my brother. Stay strong in your fight against DJI 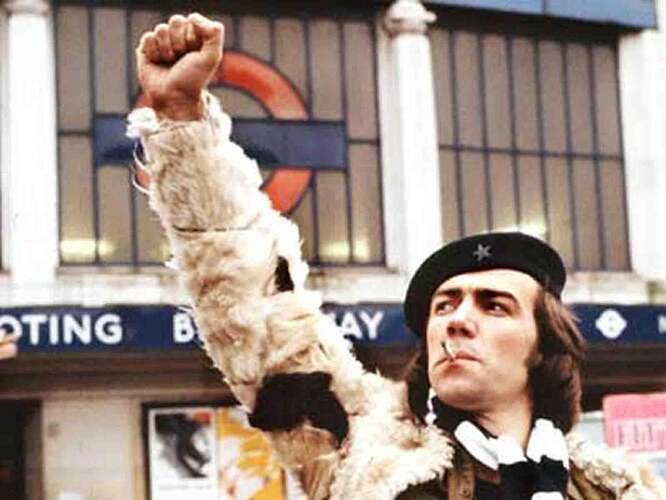 You do know that my other friends (yes the ones inside my head) are Zed and The Gimp?