Is this just me? Tried different browsers (Edge/Firefox) on Windows desktop. When I put some co-ordinates into DS. it’s not doing anything. Want to confirm it’s just me before I start poking about with my system.

We found out earlier this week there is a 20-character limit on the map-search box.

Try knocking a digit off the end of the lat and the lng?

The map search is a live service licenced via ESRI. Not sure if it customisable, it’s on our list for the next update

(assuming of course this is your issue)

Thanks. That’s it. Normally I just right click in Google Maps. Highlight co-ords to copy and then paste into DS, not been an issue until today. Knocked some numbers off and it’s fine.

We’ve never known it to be an issue before this week either. Strange a few of us should come across it in the same week (after all these years).

I wonder if ESRI changed something recently?

Either way, we’ll try and do something with it (even if it’s just a popup to tell you / explain).

Thanks. That’s it. Normally I just right click in Google Maps. Highlight co-ords to copy and then paste into DS

If you drop a pin in Google Maps, there’s a popup at the bottom of the screen, with linked lat lng in decimal format. 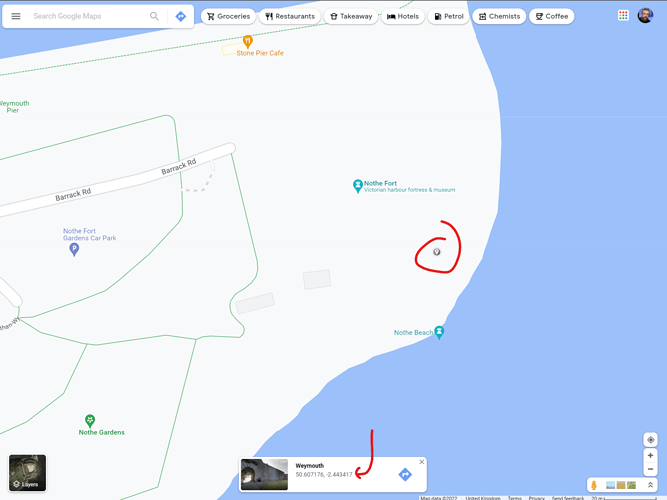 If you click it, you can copy the lat lng from the top left. 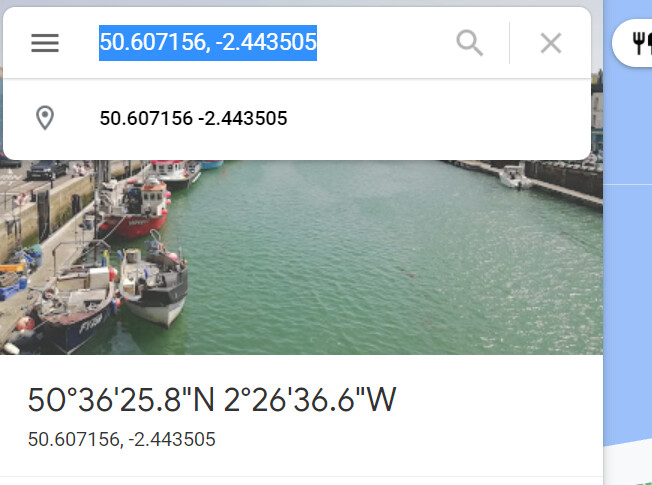 That works in DS.

Been playing with this for a couple of days since I found the problem.

It comes back with different length coordinates … sometimes.

Works the same for me … most of the time, but then, for whatever reason, it goes to an extra decimal place, and then it’s too long (>20 characters) and doesn’t work.

It may also depend on platform as to which length coordinates you get.

Does anyone know if this has always been an issue?

I’m surprised we’re only noticing it now which makes me suspect a change at ESRI. Didn’t want to go chasing a ghost, that’s all

I’ve never had a problem with it in the past.

Ok, it’s definitely their issue then as we’ve not updated DS for a few months now.

I’ll see what I can find out.

There again - it still works (from a Google Maps created coordinate) sometimes … and I’m damned if I can determine why GM sometimes returns a longer (more decimal places) coordinate.

Perhaps something has changed at GM?

I’ve always done it this way in the past and never had an issue until today.

That’s two votes for ESRI cocking shit up then

Who ever actually counted the number of characters in a Google Maps coordinate before? As I mentioned before … they may have changed something.

… but why limit it to something so marginal, in any case.

I’ve missed something here… what have Google maps go to do with this issue Dave?

It may also depend on platform as to which length coordinates you get.

Just done the same on my Mac and have the same problem.

for ref I right click on GM, and click the co-ordinates to have them copied to clipboard 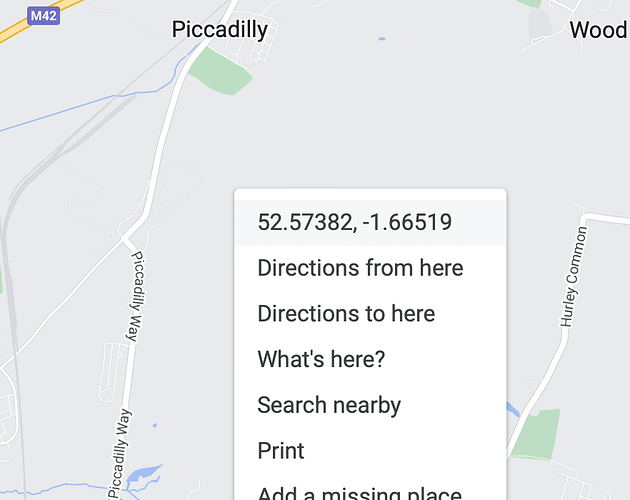 Which results in this massive string being pasted into DS:

So either ESRI have changed something to not accept as many chars, or Google Maps is now copying a longer string of numbers than it did previously.

That’s probably an accuracy of less than 1mm. PMSL!

Adds a step but simplifies the coordinates 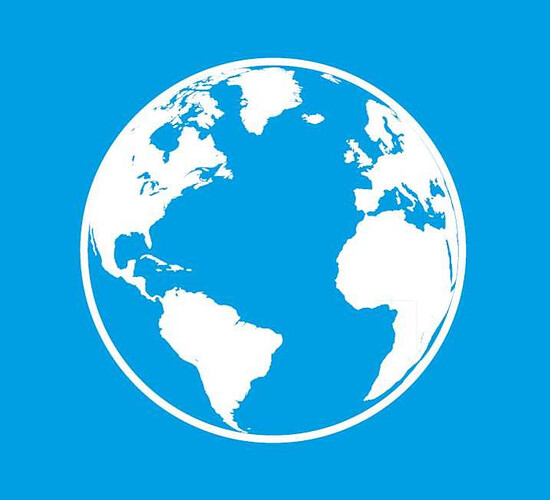 The Mapcode Foundation provides a free postcode/addressing system for all countries and all locations on Earth.