Nice little cruise this morning before starting the working week… 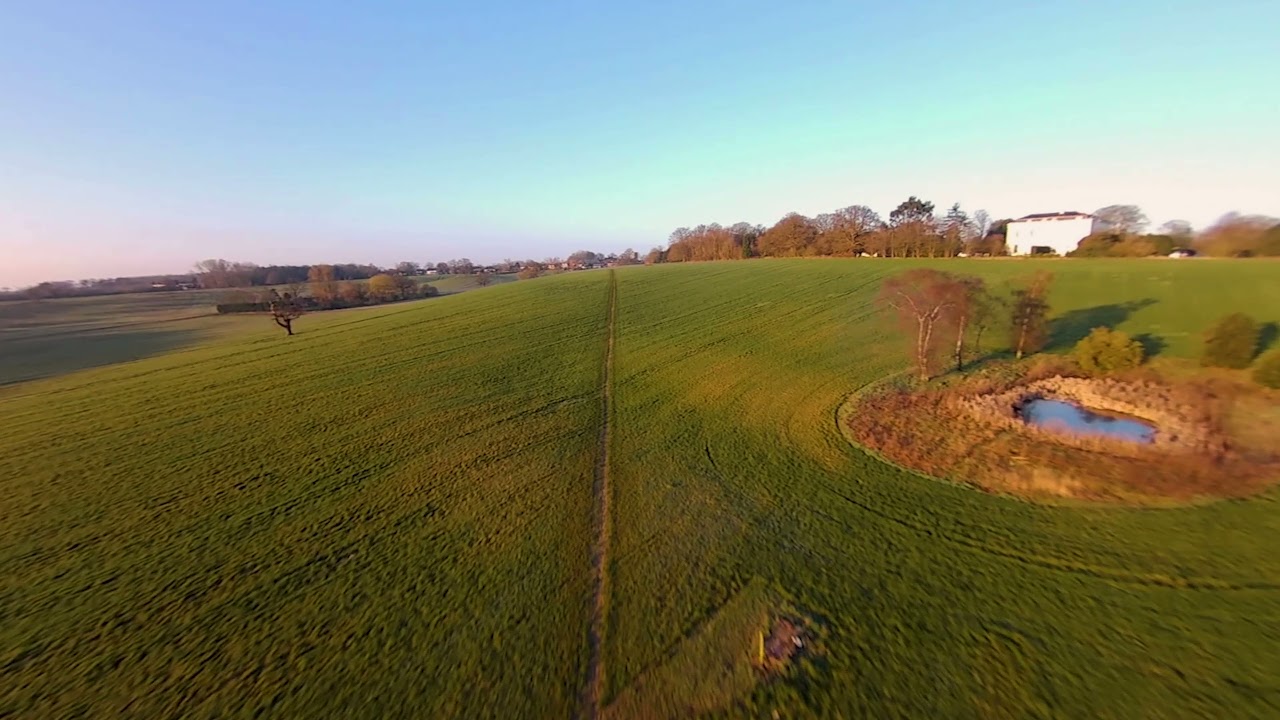 Nothing too exciting, just a few minutes of buzzing around in the Nazgul5 enjoying the warm morning light.

I’ve been trying out some open source video stabilisation software called Gyroflow which uses the quad’s blackbox gyro logs to do GoPro-style stabilisation (without a GoPro). Seems to work pretty nicely.

Nice. I’d not heard of this software before I’ll have to give it a go, looks great.

It’s open source and kind of still in development I think, so don’t expect something super slick - there’s a lot of faffing about involved in calibrating it for your camera lens and fiddling with settings and so on. The end results can be very good though if you stick with it.

This video is an hour long, but essential if you want to give it a go as it explains everything in plenty of detail 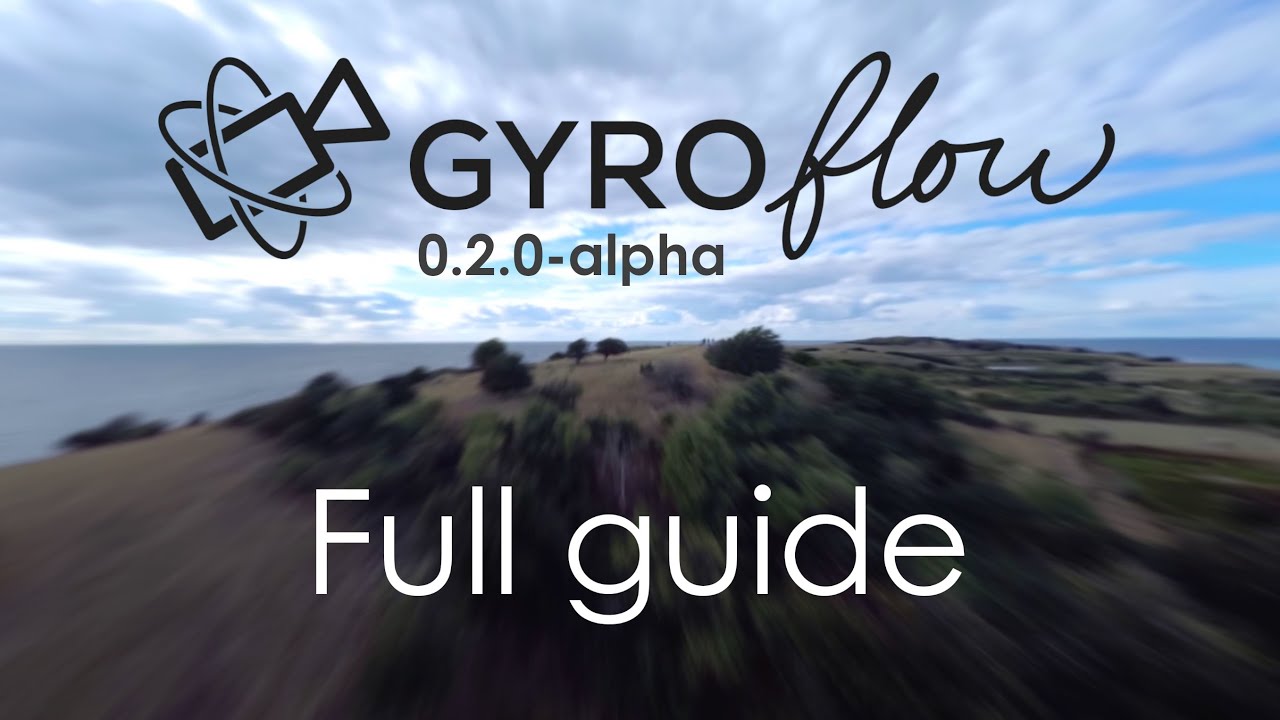 It would be interesting if you posted the “before” video for comparison to better show what the software has actually achieved.

Yeah, I was just watching that. I’ll have a go this weekend.

Here’s a short snippet that roughly matches up to the part from about 3:05 in the top video, with the sweeping 180 turn at the end of the fence. 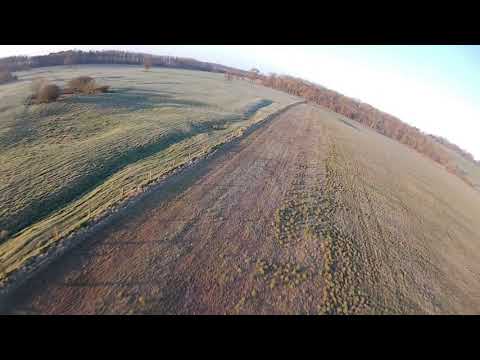 There’s an option to output the two videos side by side, next time I do one I’ll save that too as I’m quite interested myself in comparing the effect on different kinds of FPV stick inputs.

Does it help remove propwash?

Yeah should do, any movement that gets picked up by the quad’s IMU is used to smooth things out. Yesterday’s flight wasn’t a propwashy kind of flight though. I’ll try again at some point with some more agressive freestyle flying, although that comes with other issues…

The main difficulty is that the cropping still has to be done manually. You end up with a smaller video with a black border around it and the location of that video within the frame (or relative thickness of those borders) moves around a little. You have to crop in your video editing software such that the video stays visible and the black borders don’t encroach into your crop. On the video above, flying mostly nice and smooth, the frame doesn’t move around too much so you don’t need to crop loads. If I do a really fast snap roll, the stabilisation moves and twists the visible video right over to one side and so you’d have to crop really really small and lose most of your resolution (and field of view) to avoid having the black bars come into view. For example, the bit toward the end of the video where I do a fast 180 over the small fence, I’ve cropped that whole clip to a smaller FOV than the rest of the video as the stabilisation was quite severe there.

Obviously you can adjust the amount of stabilisation - I could turn it down if I was doing lots of freestyle moves which would then require less cropping, but then there’s a tradeoff with how smooth it all looks. You really have to plan before flying - ‘am I going for a smooth cinematic flight or am I going powerlooping and rolling and spinning about?’. It’s difficult to accommodate both in one vid and make it look seamless and consistent.

If you use Warp Stabiliser in Premiere or iMovie’s stabilisation function (or probably RealSteady Go, but I haven’t tried that), it constantly zooms in and out to minimise the crop as much as possible depending on how much stabilisation is needed. You often see the FOV zoom in during a roll then back out again. You could do this yourself in Premiere with the Gyroflow footage by timescaling the crop values with key frames etc but it’s a bit of a ballsache.

On the whole, the results are night and day better than any optical stabilisation done by video editing software, there’s no substitute for actually using the gyro data. There are undoubtedly better commercial solutions out there, but for a free piece of software I’m pretty impressed.

I’ll be using a GoPro session 5 which will do 4K so I guess that if I shoot in 4K and output 1080 that might mitigate some of the quality lost through cropping into it?

One thing I would add is that if you have in-camera-stabilisation, turn it off. I got less than ideal results with Gyroflow the first couple of times I tried with the Runcam’s own stabilisation switched on. Makes sense as I guess Gyroflow is trying to correct for movements it’s seen in the gyro logs that the camera may have already stabilised, so you end up with odd looking jitters. I also switched off distortion correction as Gyroflow has quite an in-depth distortion correction routine of its own.

One more thing (sorry!) - I have my betaflight blackbox logging rate set quite high. I can’t remember exactly what it’s at, 500hz maybe, but I set it high like that to do some PID tuning. It fills up the 8mb blackbox storage on my FC with a single 5-7min flight, so I have to remember to erase it via the OSD before I’m about to do my nice stabilised flight. I’d imagine 500hz is massively excessive for video stabilisation purposes, but I haven’t yet experimented or researched how much I can reduce it and still get decent results

cheers, I don’t think that the Session 5 has any built in stabilisation

More of the same - another gentle swoopy cruise around the same fields yesterday as the sun was coming up. 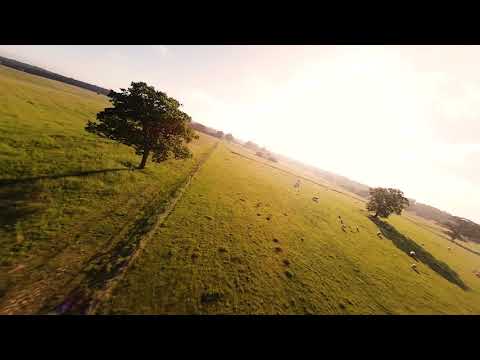 First quad flight I’ve had in a few weeks as I’ve been messing around wings - great to be back out again.