I’ll put this down as a practice run for the 4 coming down in October.

Probably needed to be the other side, but still its one to add to the collection. 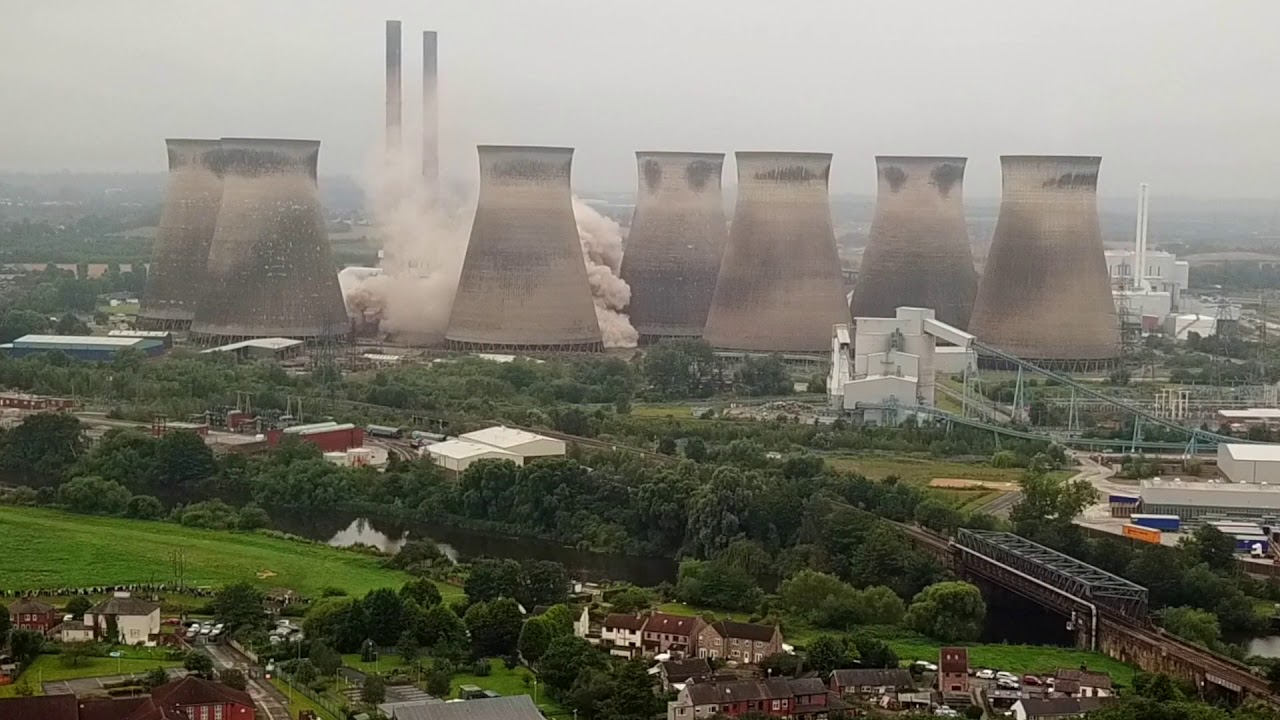 Could you hear the explosion(s) and collapse from where you were?

Yes quite clearly, we were 2.2km away and the drone about 1.2km away from the site.

It was a bit impromptu in the end, weather has been that shit we weren’t going to go.

*and we were under the impression it was the last tower on the right that was going ;o(

Was thinking - for the next ones it could be worth setting up an audio recording device (phone on a tripod, or something) and merging the audio.
In real life there would be about a 4 sec delay over that distance (the 1.2km) … but, since (it looks like) you’ve cropped in, you could move it to about 1 sec and it would look good. 0 secs would appear false … probably.

Well done for getting that Chris !, takes me back to my days working in the Power Station back in the 80s.

You weren’t far from me. I had the same shots. Will post when I get home

Here’s a still photo. Just looking at your vid and I must have been slap bang in front of you but closer to the towers. Your videos is clearer and better colours. 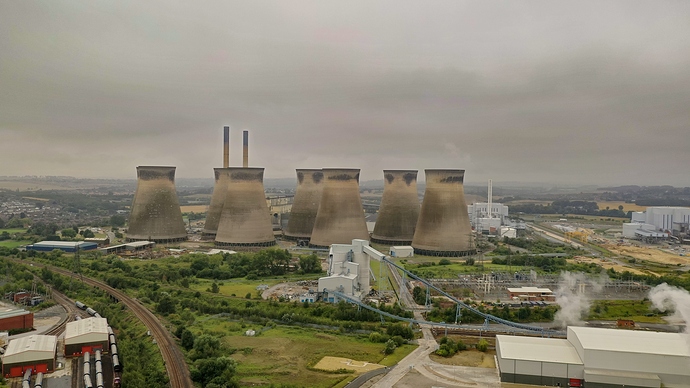 I was just short of the motor auctions.

https://youtu.be/B2faYws8NlII was just off the old A1 at Brotherton, next to the metal railway bridge. There is a bungalow next to some open ground, this bungalow was used in a detective program a few years ago, where it was supposed to be set alight. They used high powered arc lights and flame bars in the windows for the flames, and a few pyrotechnics. I had to advise any trains passing, not to phone the cops or fire brigade because it was only a film.

Nice one, i was going to try and get over to see it come down, but full English got in the way lol

Weather forecast is shit and I’m stuck on nights, but might be an opportunity for anyone local, just to see the spectacle.

There’s a load of “activity” in the area … 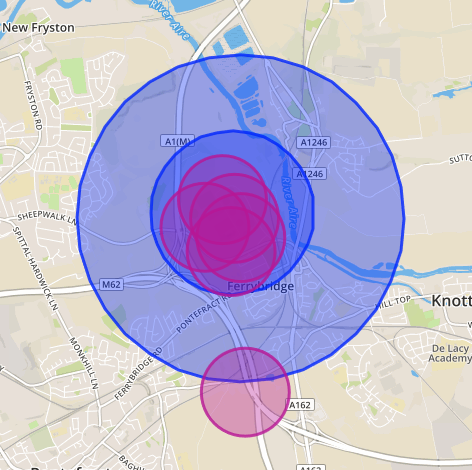 The blue ones will turn red in the morning at/by 7:30.
The red ones are all flights that have been logged … the inner ones all pro people … 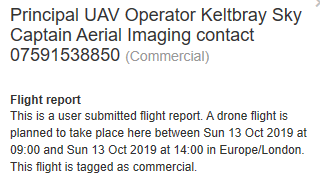 Is that red circle on the outside of the NFZ you Naz?

No that is not me