Had an interesting couple of minutes on weds. flying over the causeway (a later video below) over the sea with a fully charged battery, I had flown it over the land for a minute or 2 before I took it over the sea,

got into position and had an error message flash up with warnings saying 0% battery drone will land, luckily had enough height to get back to land next to me. 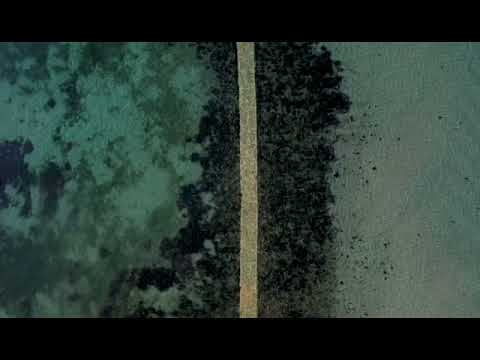 If i had been further out would have been swimming. Has anyone had similar issues or know how to check remaining batteries for similar issues?

What were you flying?

I had a similar issue with an Inspire where it was at around 70%. I gave it some welly and it decided that the battery was empty. Unfortunately for me the whole lot went into the sea.

Had the battery started to self discharge before you took off?

No, AFAIK the battery was ok but putting the pedal to the metalseems to have caught it by surpise and caused a substantial (and fatal) voltage drop,

Oh well. It was worth the mention.

Was it cold at the time? The weather and the battery?

Not unduly cold. 10 degrees C or so

flying M2P, was hovering and just went from 90% ish to 0% in a second, and my boxers went from black to brown

temp was about 10 degrees and sunny

since the issue occurred with the battery haven’t touched it until this morning. It now seems to have 40% charge again???

since the issue occurred with the battery haven’t touched it until this morning. It now seems to have 40% charge again???

I need to look at this very closely with my batteries as since getting my Mini2 fly more kit a few months ago I’ve only flown it once in the garden and then left everything in the box.

The symptoms sound very similar to what I experienced with three new Phantom2 batteries that had been sat on the dealers shelf for some time prior to the sale.

When they arrived I put them on charge. Once installed in the P2 they showed 100% capacity. After taking off and putting the P2 into a hover it took only four minutes before the first low battery warning and a further minute until the second stage protection cut in and the P2 auto landed. The P2 has a claimed flight time of 20minutes.

On the P2 Assistant Software it was indicating that the battery capacity was down to 8% but the battery voltage was at 11.9Volt (P2’s use 3Cell Packs).

Smart batteries are all well and good but they can also become very dumb batteries. This can be the result of bad firmware, which was the cause of many Parrot Anafi’s dropping from the sky back in early 2020, or in the case of my P2 batteries they had been in storage for so long that the Battery Management System had to be recalibrated. To do this I had to drain each battery down to the point that it could no longer switch the P2 on then recharge them so the BMS could relearn the true capacity of the battery.

What they don’t usually tell you in the manual is that Smart batteries should be used “sedately” for the first few charge/discharge cycles as the BMS needs to accrue data to reliably manage the cells. Charging the battery and then going hell for leather with its first use will prematurely age the battery, especially if purchased some time after its original manufacturing date. As an example I purchased my Mini2 in mid February but the batteries were manufactured in September of 2020, so I’ve treated them lightly so far.