Hi
I’ve been debating weather to share this but I thought I will and keep everyone updated , ok ,
So as we all know with iOS you cannot roll back the fly app ( unless you jail break the phone ) is what I was told anyway , which I’m not prepared to do ,
So my fly app is 1.6.8 which I have no intentions of updating but I wanted to test the water with dji to see what’s possible if and when you have updated to a later app and it’s rubbish compared to your previous one ,
Recently I’m sure I’m not the only one who’s found things that are not quite right with the app update including satellite lock which can sometimes take ages as we know amongst other things ,
So I emailed dji support yesterday and told them ( for myself ) the best last app version for me was 1.5.10 , which it was , satellite lock was almost instant etc etc , ( also ranted a bit nicely in the email )
I told them I’m not happy with the recent updates and it’s what I called unfair as suppose to the android that you can roll back if your previous version was better but cannot with the iOS and then the chance that your stuck with something you or your drone is just not happy with and ruins the whole experience of your hobby , which explaining to dji in further detail I have done so ,
They came back to me with about 5-6 questions saying we’re happy to help , we’re do you live model of aircraft serial number and so on , straight away I thought I’m not giving them everything so I just said I lived in the uk , I said I’m not happy with the app compared to as above and I’d like a link sent to me to be able to roll back to the fly app that caused no issues etc ,
Anyway this morning dji have emailed me to say there getting an engineer to sort this for me , as said I wanted to test the water to see if this was possible as we shouldn’t be forced to stick with what they say especially if it ain’t no good and it’s fixed this and that but is actually more crap , or app updates rather ( surely we should have a choice ) , weather I click on a link to download a different app or older version is another story or if I did maybe on my other iOS device as I don’t trust them but I wanted to see if this is possible , I also emailed them off an old email address , I’d like to see what they come back with now to see if certain issues can be addressed and or they are prepared to do it , they say they will help as they value there dji consumers , we’ll see!

So as we all know with iOS you cannot roll back the fly app ( unless you jail break the phone ) is what I was told anyway , which I’m not prepared to do

Is it any different to modding the drone (FCC/DH etc) ?

Is it any different to modding the drone (FCC/DH etc) ?

On android if you root you lose banking apps, some streaming ones, without jumping through other hoops. I used to be a “hacker” with these things, but gave up years ago, as the time just isn’t worth it. With a drone it’s just used for “flying” with a phone, it’s a lot lot more… So yeah it is different.

At least with android you can easily install “unsigned/older” apps, hence a nice middle ground…

Not really , I’ll be honest tho I tried the jail break on my old iOS device and I can’t do it , so I’ll back track here hands up , if I could I would but every-time I tried I had no joy , it kept asking for money unless I was doing something wrong , thanks

Edit I followed step by step on YouTube and zilch
So I gave up , that would have been the an easier option with a device just for the drone and not one that has all my personal stuff on , thanks

So I gave up , that would have been the an easier option with a device just for the drone and not one that has all my personal stuff on

This is always going to be the best option.

This is always going to be the best option.

I actually can’t get it to work unfortunately

ignore youtube unless linked there from a ‘trusted’ source. Check out Reddit lots of useful groups, if anytime you are asked to pay, you’re reading the wrong sites. 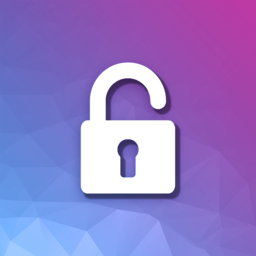 Why not change to Litchi ?

I’ve heard about litchi but don’t know much about it , I didn’t really like the screen lay out I see for litchi suppose to the fly app ( I’m used to it I guess )
Just want to say at this moment in time they fly app is ok apart from satellite lock , just wanted or want to see if dji would or will do something should you need it , as mentioned earlier a phone just for the drone ( jail broken ) would be great , if I can work out how to do it , I’ll have a look at the link many thanks

Edit , just want to say about it asking for the money scenario , when I’ve done the step by step instructions download x 2 apps keep the apps open and touch around the screen for at least 40 seconds , then when you click out cydia or whatever should come up it never has or does , then it gives you an option to buy yr way in which I don’t trust , sorry for not explaining better
Thankyou

a phone just for the drone ( jail broken ) would be great

Consider android (they have several other uses, and are cheaper)

Now to cleanse myself after that thought

Now to cleanse myself after that thought

Yea I know , I can’t have it all my way I understand that but I just don’t get on with android but as you hinted opens up all the other options that’s been mentioned recently that you can’t do with iOS ……

Could anyone advise me if I was to go down the android route the best one to get with a good size screen , I don’t want a battered one if I can help it I’ll get new if I have too , Thankyou

Thank you for your time and patience.

We have reported this request to our senior team and this may take 1-2 working days.
In the meantime, we would like to provide versions 1.5.4 and 1.5.9 to you and you can test if they can help.

After yesterdays discussions on here and with dji this is what I woke up-to this morning with a link and a password from dji to try these old apps on iOS , can’t add to the original topic as it has been removed , just thought I’d share even if some of you find it if no interest , I can’t remember what these versions were like ,

@Kirky please keep this thread on the topic of rolling back the iOS app for DJI Fly.

@GADC_Committee sorry for that I couldn’t find the thread this morning didn’t realise it had been moved , my apologies !