A few weeks back @speatuk and I went to the park for a bit of a fly-around with his avata and my DJI FPV.

Unfortunately, the day didn’t end as planned as you will see in the video. 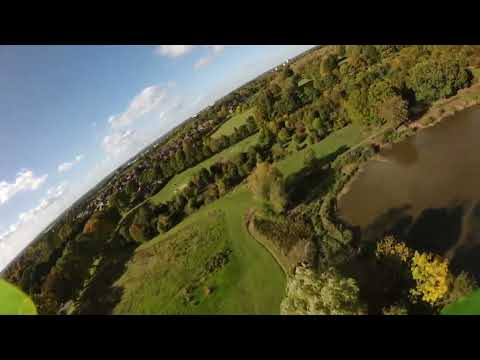 This led to me & Steve firstly looking at each other in shock before taking around 2 1/2 hours until @speatuk recovered my slightly broken drone.

It’s now with DJI being assessed and hoping for them to admit fault.
The FPV literally dropped from the sky whilst away from anything that could have caused this problem.

It sounded like the motors stopped and everything including the air data pointed to a battery failure.

Huge thanks to @speatuk for your help with everything that day. I was absolutely gutted and had all but given up finding the drone until you found it.
This is exactly what this club is all about and wanted to share this experience with all

Questions and comments are welcome.

What happened with the video Howard, it just seems to stop midflight? Is that what you saw in the goggles too? Good to hear You and Steve managed to find it mate and hopefully DJI will sort you out

Was there much damage when you found it?

It just cut out with the “Image transmission signal lost” message coming up on the screen.

I expected that it would auto return to home as it had when the signal had previously been lost but sadly that wasn’t the case.

The damage wasn’t too bad. One motor came out of the seating but seemed to be undamaged and a few broken LEDs & a new set of props were required.
Oh and the battery was ejected during its landing and hasn’t been recovered so its cost me a few quid already. 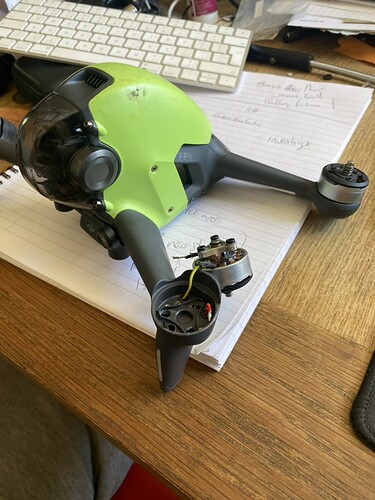 It has survived better than I thought it would from that height. Lets hope DJI decide to honour a repair for free man and maybe replace the battery too?

Ooow mate painful, hope Dji come through for you

Where did it end up ?? at least it wasn’t at the bottom of the lake

at least it wasn’t at the bottom of the lake

I was thinking that too Nick, it looked like a big sheet of water to go hunting in

Yeah, tbh I expected more damage.
It was approx 70mph at the time of disconnect.
I’m hoping they do. If not I’ll fix it myself or see what their cost is.

It really dented my confidence and I may just sell it when it returns anyway.

hope Dji come through for you

It landed in the small trees about 20 yards forward.
Took ages to find as everything is bloody green

It was a joint effort and I am so happy we did find it.

I must say though, I was watching on my goggles at the same time, it completely cut out. We have all heard these things flying and they scream like a banshee.
It just stopped making a noise. It landed in a dense part of the wood. Right at the back.
After we had exhausted looking everywhere @Howard78 put his Mini 3 up and we checked the last part of the footage in the goggles. Paused it then found the exact location with his Mini 3 then did the 3m apart and walked in a straight line towards the back of the wood.
I was looking up into the canopy as we thought it must have been caught in a tree due to how dense the canopy was. As I moved a branch to look up a small twig sprang back and hit me on my face. I cursed a bit and in doing so I looked down and there it was. I could not believe it.

Here is hoping DJI do the correct thing and replace it and the battery, seeing as the battery was brand new and had only covered 5 charges.

@Howard78 gutted mate. It’s scary enough when the video signal goes, but when the noise from the motors stops …

I hope DJI sort it out for you, and throw in a new battery.

Have you checked the Airdata for anymore clues?

Yes mate. Nothing obvious apart from some spikes in the battery voltage.

Link below - feel free to give feedback 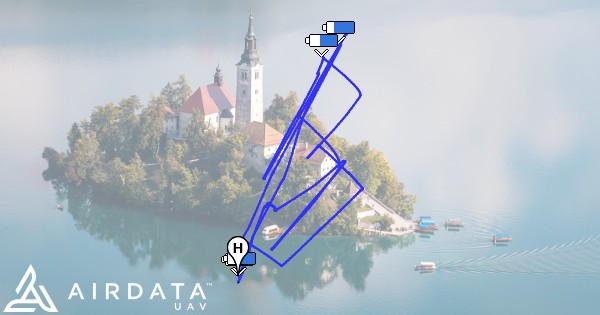 Link below - feel free to give feedback

I think that’s a different flight … as this one landed correctly. 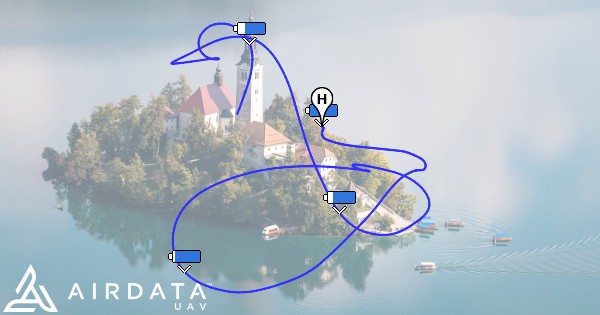 Signal and GPS look fine. But it does look like you had issues with the compass: 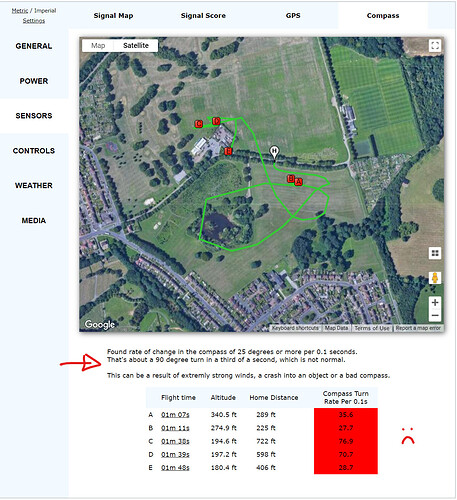 Just checked all of my flights with the FPV, including my last 99 mph one in high wind (below): 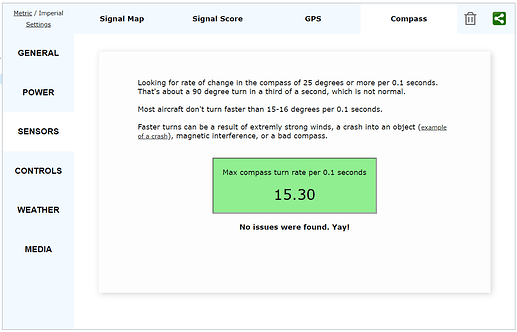 Yeah the battery was my guess.

It was a recent replacement by DJI and had been used in 4 flights.

Compass is weird. This was the 3rd battery that day and no warnings issued for compass at all.

Yeah the battery was my guess.

Sorry for the crash Howard, you must have been well pissed looking for it, but at least you did find it

Did you try to power it up after? before you sent it off to DJI, just wondering if it did switch on

Sorry for the crash Howard, you must have been well pissed looking for it

Thanks mate. I was just about to give up if I’m honest.

As the wires were exposed I decided on not trying it.

Didn’t they indicate what went wrong?

Was this one DH flashed?

They didn’t mate.
The fact they have replaced the battery that was lost in the crash and hadn’t been sent is almost admitting fault imo.