Donaldson’s School was founded in 1851 and was housed in the Donaldson’s Hospital Building in West Coates, Edinburgh. The school and building were paid for by Sir James Donaldson (1751–1830), who, for a time, was publisher of the Edinburgh Advertiser.[2] The original benefaction was that there should be 200 boys and 200 girls[3] and allowed for special bursaries for poor children. Not all were deaf, although applications on behalf of deaf children were encouraged. From 1938, pupils were exclusively deaf.[4] This benefaction was similar in style to the benefaction of George Watson, who founded and supported other schools in Edinburgh. 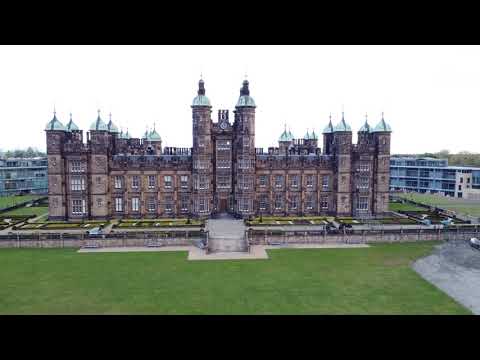