Wow what a great day. Did manage to get 2 drones in the air. Only one or two crashes and no prop changes. Did say last pack and had a mini disaster at the end (plugged xt30 in backwards and set fire to the new tinyape) but meh … f it. Awesome.

Also had fireworks and flares! Fun to fly through that!

Great to see @Jon-Denise there and improving Jon’s skills (when he eventually took off) and @benb1202 flew his first plane, bought a plane for cheap (he may mention the price and bargain a few 100 times) and flew and landed better than all of the other plane pilots there.

Did lots of inverted yaws and yeah a great day. FPV plane and drone guys get there. Search them on Facebook. Not too far from macclesfield on a farmer’s field. Every Sunday during summer other than 3rd Sunday. Good times. BBQ next week.

How big is the flying area? For wings

Not huge. But there was some big planes flying out. No hard surface to take off on but lots of planes.

Also is on a bit of a hill/slant but probably more planes flew than drones today. Will try and get some footage out later

Wish had nabbed the one @benb1202 had. I do have and did fly a plane though. He flew it once then bought one off of someone

How big is the flying area? For wings

Saw on FB someone was flying this

Yeah josh had that up. He got about 1000 planes

Are they los or fpv?

We had a great time, people were knowledgeable very friendly & helpful. Great site, planes gliders & drones of all shapes & sizes james even flew our tinyhawk 2 awesome made it look so easy, but we did manage a short flight on acro trainer before a bush jumped out and grabbed it. LOL, great fun thanks to all, especially @gunja99 for the invite we will definitely be going back. Thanks again. Jon&Denise

set fire to the new tinyape

Search them on Facebook. Not too far from macclesfield on a farmer’s field. Every Sunday during summer other than 3rd Sunday. Good times. BBQ next week.

@notveryprettyboy maybe we should take a look at this

@notveryprettyboy maybe we should take a look at this

hahah you don’t need facebook, can post location ( bit of a pain to find as just a gate into a farmers field). Look up Google Maps for location (it’s a clay pigeon shooting place every 3rd Sunday, when we don’t fly). So it’s 10 till (well left after 6 today) all decent weather sundays. Can fly from back of car (or motorbike if you’re J&D!), think BBQ’s gonna start, there’s even portaloo’s. Yeah it’s not ideal being hilly for race courses. I’ve been 4 or 5 times now, know @benb1202 been at least twice, and @yith been to the winter indoor whooping (not sure they’ll do it next winter), that’s in Chelford village hall. I flew my first 5inch there before lost it at Matlock last year. Very friendly as @Jon-Denise says… Right copying footage, and will try again at video editting… lol

lol it’s not… was litterally on fire… will get a photo later after my tears have cleared!

Are they los or fpv?

Didn’t see any FPV planes today, but have seen FPV in the past. I’m still a drone man (LOS with a plane I just… dunno… I’ll keep at it when no wind). Also sometimes people bring their RC cars, etc. tbh there no “strict” rules… @benb1202 nearly took me head off as he doesn’t know how to check for prop direction (yeah yeah HQ put 3 of the same props in bag instead of 2CWx2CCW… whatever)… With fireworks, smoke grenades, etc… Obv. considerate plugging in. 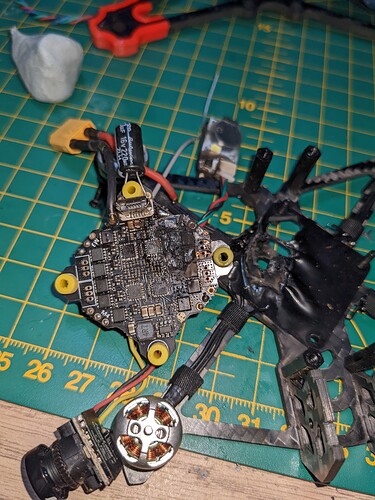 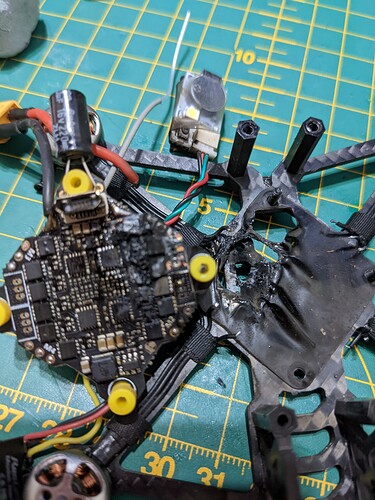 Yeah, a little more than the capacitor I think… Lol. I got DVR footage of me picking it up and chucking it. I arm’d it, and it flew funny and flipped, then arm it again to see if spinning OK with goggles Off and then it just caught fire!

Great fun to fly it was, and was last pack… Might do a support claim!

Yikes… so i think that is 3 if those darwin FCs that have gone in this club… for 4 bought.

Me, Jez and now you.

Mine was in a self build and was dunked in a pond by Brendan… One ESC went on it after drying. I was putting it in my mini plane project. Not overly bad I suppose…

I replaced it in the quad with a manba aio…

Not sure what happened to Jez’s, but I think he now has a new one… hence me saying 4 bought.

So maybe cheap, but not reliable…?