Drone videos without a drone

If your OSMO or similar isn’t getting out enough - try this: 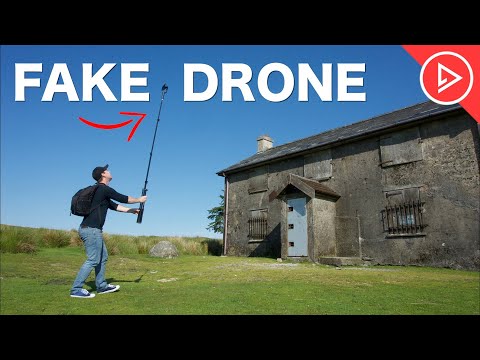 Used to do that before I got the drone

Wouldn’t it be better (and cheaper) to fix your drone to the end of a stand/stick and run a long USB cable down to your phone at eye level?

That’s not actually a bad shout that. Telescopic 3m Beachcaster fishing rod, a 3D printed GoPro attachment on the end and another phone holder one at the other and a 4m USB C cable. Run the cable down the line eyelets and jobs a goodun.

I think you may have a stability problem. Ideal for whip pans though …

I used to use a GoPro on a 10 meter pole, with the camera connected to my phone to get shots from hard to get to locations / positions. The only issue I had was a bit of bounce on the pole.

@macspite - Fair point but I figured most folk here do have a drone so could use this method in a NFZ. But it’s also possible that some folk might have a drone without a gimbal so that wouldn’t be much use on the end of a stick.

Sorry, I was being flippant. Fair point, I have used a drone as a handheld gimbal camera before, I believe that you can get handles tailored to various models precisely for that use.

Drone on a stick. On National Trust property. That would make a few peoples’ heads explode!