Don’t faint but here’s a a piece of positive news about drones. Seems a Mavic Pro was used to find a missing, believed dead, mountaineer on the world’s 12th highest mountain. What’s more the Mavic was flown at an altitude of 27,600 feet, over 11,000 feet above its recommended maximum service height. 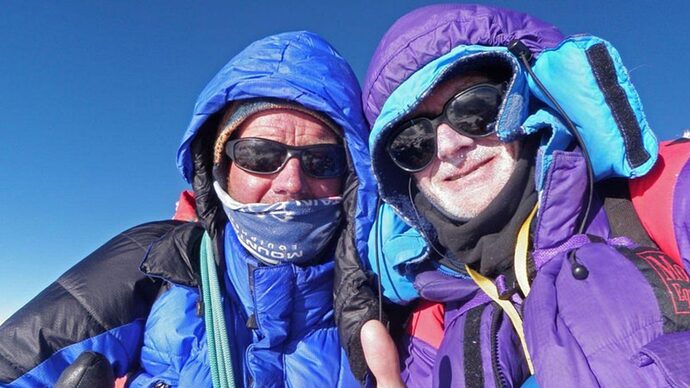 Rick Allen, one of the world's best known and most accomplished mountaineers was believed to have perished after an accident on Broad Peak, the world's 12th highest mountain. However, a drone that was launched from K2’s base camp found him alive and...

Yup, I know I keep banging on about it, but a modified Mavic Pro was used

DroneDJ: How did you end up at K2’s base camp with your Mavic Pro and what kind of modification did you make to be able to fly at that altitude and in those conditions?

Bartek: In June and July 2017, I also accompanied my brother Andrew in the expedition to K2. I was flying the drone at 6900m. This year I broke the record flying at 8400m (I started from the base camp at 5000m). To do this I had to reinstall Mavic Pro so that it could rise and fall faster at such altitude. I had to also reinstall Mavic and broke the limit of flying up. The only one barrier is the batteries.