Hey peeps.
Has anyone flown in any other countries around Europe. Just wondering if there’s different rules around Europe.
I’m heading off on a work trip tomorrow. First to Leon in France then through Switzerland to Vienna in Austria. Two days work then home via Germany and Belgium. I’m obviously going to my Air along it would be mad not to.
Just wondering if there’s anything I need to watch out for.
Cheers IB 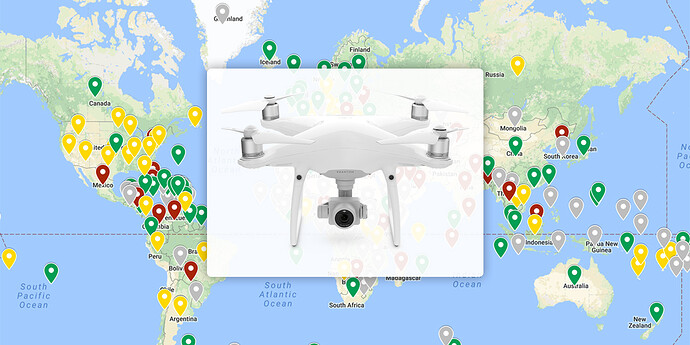 Obeying local law when flying your drone is paramount, but those laws vary from country to country – with some not allowing drones in at all. To help with

Cheers. That’ll give me something to read on the journey.

Went to Northern Europe in May this year and I’m glad I did some research re the rules for drone flying before I went.

a) France - not too bad. You cannot take off, land or overfly any private property (buildings). Whilst at the Point du Hoc park on the Normandy coast I had a pleasant conversation with one of the security guards for the park area. A park is private property, despite free public access, and I was flying over the Nazi Atlantic Wall emplacements, he politely advised me to stop flying over the land with my MP but could take similar footage just slightly over the sea edge. A really nice guy.
b) Belgium - about as welcoming to drone flying as the Swiss are to cars that go more than 30mph. Severely restricted rules. Consequently the MP stayed in my hotel in Arnhem.

Can’t comment re the German, Swiss or Austrian rules but I hope this has helped.

Yes, I was in Norway in June and the rules there are a carbon copy of UK rules, the scenery, however, is quite different