After watching the Walksnail Avatar review yesterday afternoon it was with some trepidation that I took my 3" Tadpole HD freshly rebuilt with my first ever HDZero system out for it’s maiden flights.

However as you can hear in the audio, I was quite pleased. I had none of the smeary breakup that was seen in the Walksnail video. The complete lack of any compression being a big advantage of HDZero in my eyes. I did have a bit of interference due to not switching up the power before those first flights.

But all ended badly as I smacked into a tree and the VTX refused to transmit anything. Luckily all I’d done was snag and cut one of the Mipi cable wires. It’s all working again now.

Apologies for the continuous whine from the VRX fan, but I thought I’d show how bad that really is. 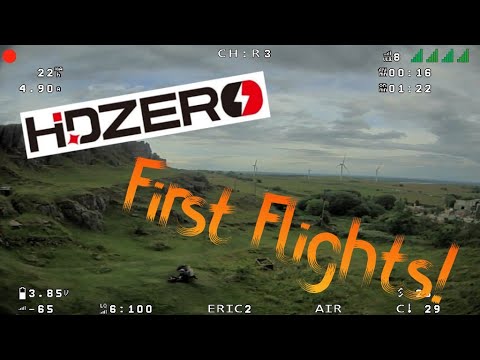 Yeah those mipi cables are weak. And not cheap!

Yeah those mipi cables are weak. And not cheap!

Cheaper than a new VTX, which is what I thought must have broken.

Constant Red and Blue light… so power and camera detected, but no signal at all in the goggles… Logic told me it was the VTX… However I should know that things are more complex in Digital.

When you take it out in full sunshine, the picture really looks nice

Yeah the sounds poor isn’t it with the fan, no broadcast quality, but great to hear what you’re saying and say at end of flight what was good about that flight makes post editing easier. I actually miss my Solo Tank which had a mic and recorded the sound on DVR from the drown, but hey ho. Was Mr Steele think saying that wished the walksnail system had a mic on board.

Very nice indeed, did you go to the 200mW for the forest flights?
I wonder if they would accept a UK Ham license to unlock the higher power modes on the Freestyle, or only US Ham licenses?

I did go up in power for the very quick woodland flight.

Legally there is NO way to fly on high power in the UK. Even a Ham License does not help. The issue being that once you go airborne a different rule kicks in.

You don’t actually need a Ham license to do the unlock… it lets you do it even without one… it just says you need one.

I knew you would love it Richard

Glad you had a good time flying your new toy