Flight Back in Time

Today I drove to a place just outside Lavenham where two World War 2 Pill Boxes are located. After parking my van in a cut in the road, I set up for the morning flight. The sky was overcast as we had some rain earlier. The pillboxes are situated in a field and stand apart about 228m as the drone flies. I must say, it’s the furthest I’ve flown being still a novice.
Using the van roof as a Helipad, I launched the drone into the cloud heavy sky. I took the drone to about 30m above the first pillbox then guided it toward the second pillbox. I checked the satellite and GPS indicators, there were only 8 satellites located and the GPS signal was weak. I didn’t fly the whole 228m in fear of losing the signal and not knowing how the drone would react.
Anyway I stopped short of the second pillbox, took some pictures and headed back towards my position. I took a few more shots before landing the drone on the roof of the van. To the left of the second pillbox is the old Bury St Edmunds to Sudbury railway line, now made into a footpath.(Photo DJI_0031_3)

Some information on the pillboxes.
The pillboxes are Type 27. Official designation: fw3/27.
Octagonal pillbox with sides of 11ft 7 inches (3.5m) with a porch on one side to protect the entrance.
Open well in centre is reached through double steel doors in the inner wall about 3ft (0.9m) above the ground and reached by iron rungs set into the wall.
The central well is served either as a light anti-aircraft position or for observation.
Often a timber post and pin would carry the LAA gun.
Type 27 pillboxes were fairly uncommon, although a large amount were built on the Outer London Line A, and according to the Defence of Britain project only 127 examples survive.

Hope you enjoy the photos. 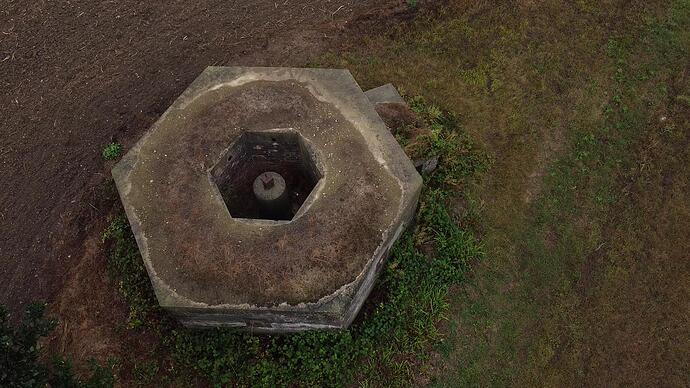 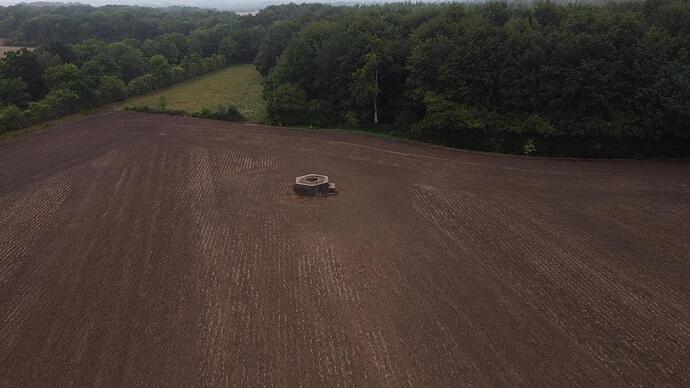 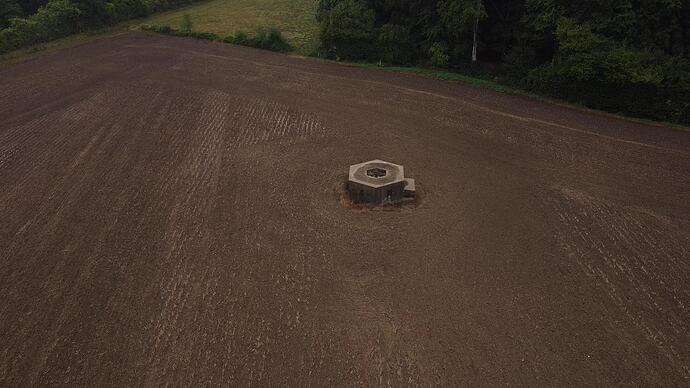 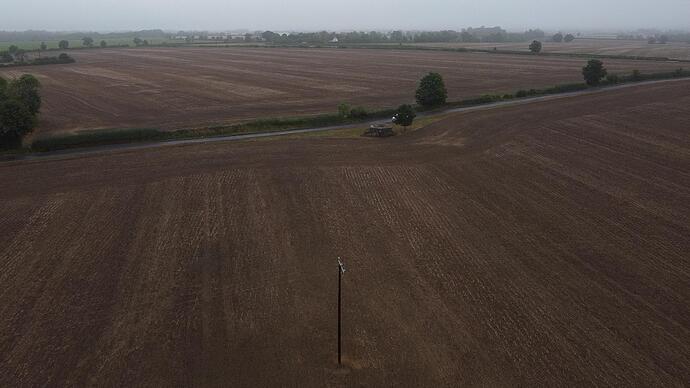 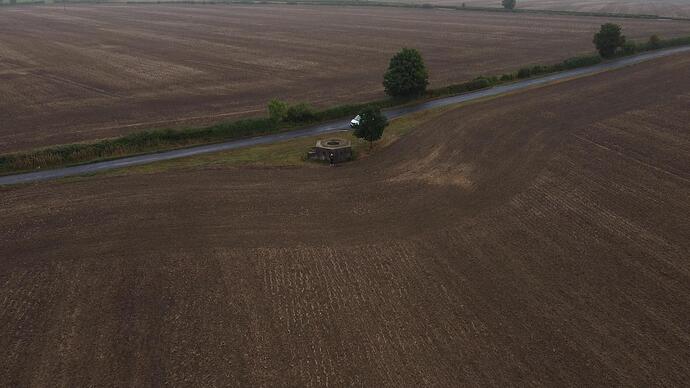 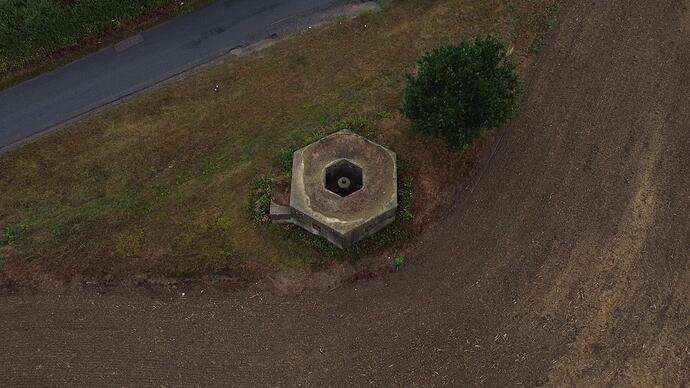 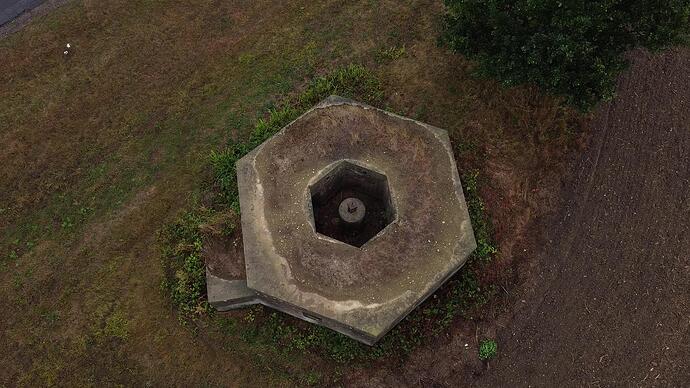 great shots, just goes to show that not all pill boxes are the same from ground level

nice photo’'s thanks for posting

Thank you for you comment. As stated in my text, these type of pillboxes aren’t very common, and yes, its amazing whats hidden at ground level.