Permission denied by who?

Land of my fathers, I was born, bread and buttered in the village.

As @firstadekit who denied ?, and why did you ask ?

hi ,I asked because I was asked what I was doing at the site by a guy who said he was the duty bailiff and he was incharge of the site. matey

by the duty site bailiff, said he has never seen anyone drone flying there

They can’t own all the land around … how about TOAL from the footpath? 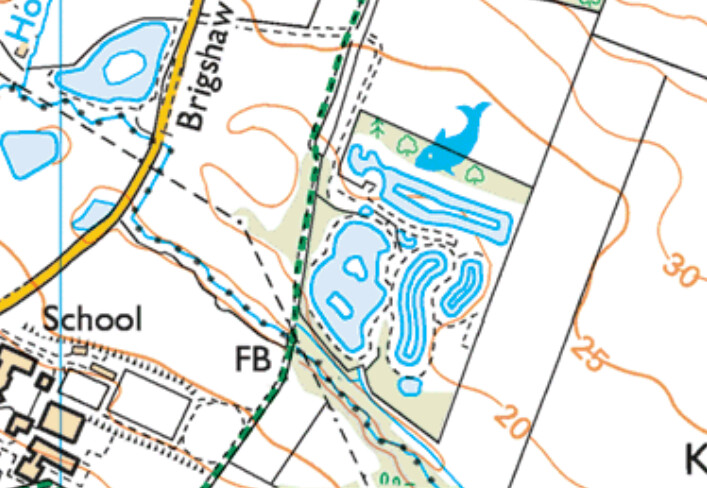 all I know is the guy said the club rented the site, I didn’t go into the site boundaries, But he said he had not seen anyone drone flying there

Ok. One of those grey area things.

I’m sure someone who does a fair bit more fishing than me will be along soon to explain what a water bailiff is, and no doubt some let the power go to their head. They have powers over the rules of fishing lakes. Mainly in relation to actual fishing, but I believe they do have some rights to ‘inspect instruments used for fishing’

The only time I’ve ever come across one he actually wanted me to go help a fisher to see if I could see if any fish were actually in the area he was fishing!

but at the time I only had one battery on me and it barely had 20% left so I had to apologise I couldn’t be of any help.

They should be identifiable by uniform and or ID card. Some are volunteers and don’t have full powers as one appointed by the environment agency.

It could be argued a drone could be used to aid fishing are on a lake and be frowned upon.

As per the entry on drone scene by @Fatboy it clearly stats he obtained permission to fly. 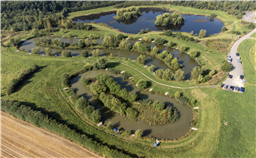 This location has been recommended to fly your drone in the Lakes and Reservoirs category in the Yorkshire and the Humber region.

Just because he obtained permission to fly doesn’t mean it’s a blanket allowance for drones. It’s also likely there are several water bailiffs for the site so just because this one has never seen a drone before, doesn’t mean there’s never been drones there.

You should contact whomever runs/owns the fishing lakes for permission to take off and land from their site.

If you were asked to stop flying by a legit water baliff, the best thing to do is apologise for not being fully aware you couldn’t fly there & pack up and leave.

As said above, assuming you can keep visual line of sight of your drone take off from land that is not owned by the fishery lakes and fly over.

the baliff said he would not give his permission to fly, I just said ok and left the site, everything was quite cordial

To be fair, the bailiff was covering his back. It’s his job to ‘police’ the land. Whether or not he was right is besides the point.

They can’t own all the land around … how about TOAL from the footpath?

This is a good option.

If you ask someone who is in charge of keeping the land safe and legal, such as a bailiff, chances are they will be cautious and fob you off. Know your rights chief.

TOAL from the footpath?

I do a lot of fly-fishing, hence my avatar! Thats me in the River Ericht and hooked into a nice little wild brown trout, caught on my first home tied fly

Baliffs do a great job, many of them do it for the love of the job and arent paid, especially in Scotland cos we’re tight as fuck. Most if not all will not be aware of any drone laws, they’re not there to police drones, they’re there to stop poachers and look after the water. So anything they’re unsure of they’ll just say no because they don’t know any better. Get in touch with the land or fishery owner, offer to supply any good photos to them free to use on their website in exchange for your flight time. Failing that, TOAL outside their boundary, fly at a reasonable height and ignore them.

Come at it from either Brigshaw school or the Hall Park estate, there is a public footpath that connects the 2.

As I say, born there

As I say, born there

Same here, born in the Kippax

Just be careful when using paths as TOAL. Devon County Council have banned drone use from public paths.

Devon County Council’s Public Rights of Way Drone Code states that drones cannot be used within 50 metres of a public right of way.

Devon’s position is based on (very) outdated information (2016), from a website which has been closed.

The above is simply not true for an aircraft such as the Mini 2, on a public footpath.

However, they can prohibit TOAL from land they own if the footpath crosses over it

states that drones cannot be used within 50 metres of a public right of way.

Yet another council taking the drone code and interpreting it the way that suits them, no mention of classes or weights…

The rule on minimum distances to people is different when flying small drones and model aircraft that are below 250g, or in C0 or C1 class.

If you’re flying a drone or model aircraft that’s lighter than 250g or is C0 class, you can fly closer to people than 50m and you can fly over them.

When you’re thinking about how close you can fly, remember, you must never put people in danger. Even small drones and model aircraft could injure people if you don’t fly them safely.

If you’re flying a drone or model aircraft that’s between 250g and 500g, or is C1 class, you can fly closer to people than 50m, but you must not intentionally fly over them…

Where you can fly drones | UK Civil Aviation Authority

Find out about height limits and distances from people, buildings, crowds and vehicles. Restrictions on flying drones and model aircraft near airports.