This location has been recommended to fly your drone in the Historic Buildings category in the London region.

TOAL from Cigarette Island Park, on opposite bank of river. Historic Royal Palaces website has no information on drones - not launched from HRP land however.

The originator declared that this location was not inside a Flight Restriction Zone at the time of being flown on 10/02/2022. It remains the responsibility of any pilot to check for any changes before flying at the same location.

I’m surprised this one wasn’t already on the list.

Had to go there for the Queen once!!

Great addition, was there only last weekend!

Cigarette Island park is on the Elmbridge side of the river, and their borough byelaws do not currently prohibit TOAL of electric powered UAVs from their public land (for more info see here: Byelaws relating to UAV Flights - a Freedom of Information request to Elmbridge Borough Council - WhatDoTheyKnow).

Hampton Court Palace itself is under the borough of Richmond, whose byelaws do restrict TOAL to a handful of designated public areas (like the flying field in Richmond Park).

For Cigarette Island, there is a tarmac footpath leading almost all the way down to the end which you can take off from safely, after which you can walk to the tip of the park near the water (mudbank) where you will have better LOS for flights along and across the river.

Bear in mind that the park, river, footpath across the river and Hampton Court Palace itself are high use public areas so keep an eye out for uninvolved people (if your drone is 251g or above) to maintain your 50m distance (A2CofC) or 30m distance (Article 16 if member of flying club).

Flew there today. I was flying a dji fpv that was loud and fast. Security came over to the park. Was lucky enough, just deleted the footage but id be wary to fly here. Shame thou footage would have be amazing.

I’d rather not go into detail

but i wasn’t flying a mavic

and they have cameras so deleting the footage seemed like a fair compromise. Lessoned were learned. Fly around a very angrgy loud wasp at 65 miles per hour = attention

, well at least it was fun and I didnt pay £25 to see the grounds

but yeah, I felt in this situation, I came up on top

Tell me you were recording both goggles and drone and hoodwinked them with the card in the bird.

Hahaha thought the same but the sd slot on the goggles is fucked. Going to try restore the deleted files. If i can i send it over

Yeah its a sandisk extreme, do they have dedicated software? Mac or pc? Or any good links to free software for either. Honestly, I’m new enough, it’s not smooth flying (I should be going doing circles in a park trying to walk before I run but its too much fun haha ) also i really want to see the footage🙂. Even the security guards wanted to. To be fair, they were sound.

No worries, found the sandisk software. Will try it at work👍

Even the security guards wanted to. To be fair, they were sound.

Shouldn’t have given in, even the police have no right to make you erase a card, unless they suspect you of terrorist activity

Do you have a link? Can’t find anything free. I do a scan and then they ask for money.

Do you have a link? Can’t find anything free. I do a scan and then they ask for money. 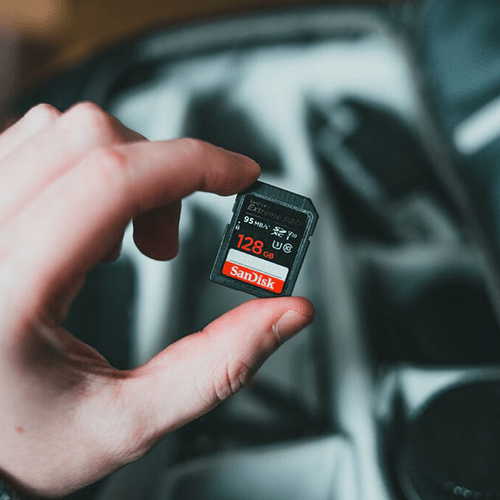 RescuePRO - the ultimate tool for everyone from LC-Technology. It recovers all formats of files, try it for FREE!