Not my first post but waited to introduce myself as I didn’t want to do it before I’d become the proud owner of my first drone! True to my name though, it is a bit of long post.

So I took the mini 2 out for its maiden voyage the other weekend but early morning mist kept initiating landing without returning to home. Learned that wasn’t the best condition for flying but I really couldn’t wait!

Other things learned that same weekend…
It took 32 seconds to discover:
-Overhanging trees are bad.
-Canals beneath said trees are also bad.
A further 6 hours to come to the conclusion:
-Magnet fishing is boring and unproductive.
-Grappling hooks aren’t effective either.
-It’s possible to drain a stretch of canal by opening the locks downstream.
-Canal & River Trust really disapprove of this.
-Grassy canal banks are very slippery.
-Canals are much deeper than you think.
-Canal beds are like quicksand.

I’m lucky to have learned all this second hand.
My other half wasn’t so fortunate, and despite all his efforts, neither was his unrecovered drone, one pair of ruined trainers, and the wrist he fractured during the escapade.

Apparently we’re testing out underwater inspection cameras and monitors this weekend as he’s determined to get the bloody thing back for insurance purposes.

Despite all this, I gave him a new drone, so not sure who’s crazier.

I’ve never known anyone as accident prone as him so the drone related stories could prove to be way more interesting than any drone footage he manages to get.

Hi @SheDronesOnAndOn and Welcome to the GADC. If the above is just your first outing with a drone, I can’t wait for more escapades. Seriously though, I hope you have better luck next time out. It’s a fantastic hobby!

Welcome to the dark side!
With your luck, don’t bother buying a Lottery ticket!

If you go on the train to Birmingham, give us a wave when you go by Bloxwich North station

HI From just up the road in the Haywoods.

Thanks for the welcome, and the tips, (need as many of those as we can get).

He’s also the luckiest unlucky person I’ve ever known and as much as it went down in the canal, I wouldn’t be at all surprised if he finds it and it flies again, after doing some time in a bag of rice.

That weekend was my first outing but he’d been out a couple of times before with his. Caught the power station chimney coming down on his first. Not bad footage for a first attempt. Unsure why the camera dips at the start as I think it’s too early to be a shockwave of any kind. Let me know if I’ve not shared it correctly.

Let me know if I’ve not shared it correctly.

Thats fine, I can see ut.

See how pretty it looks 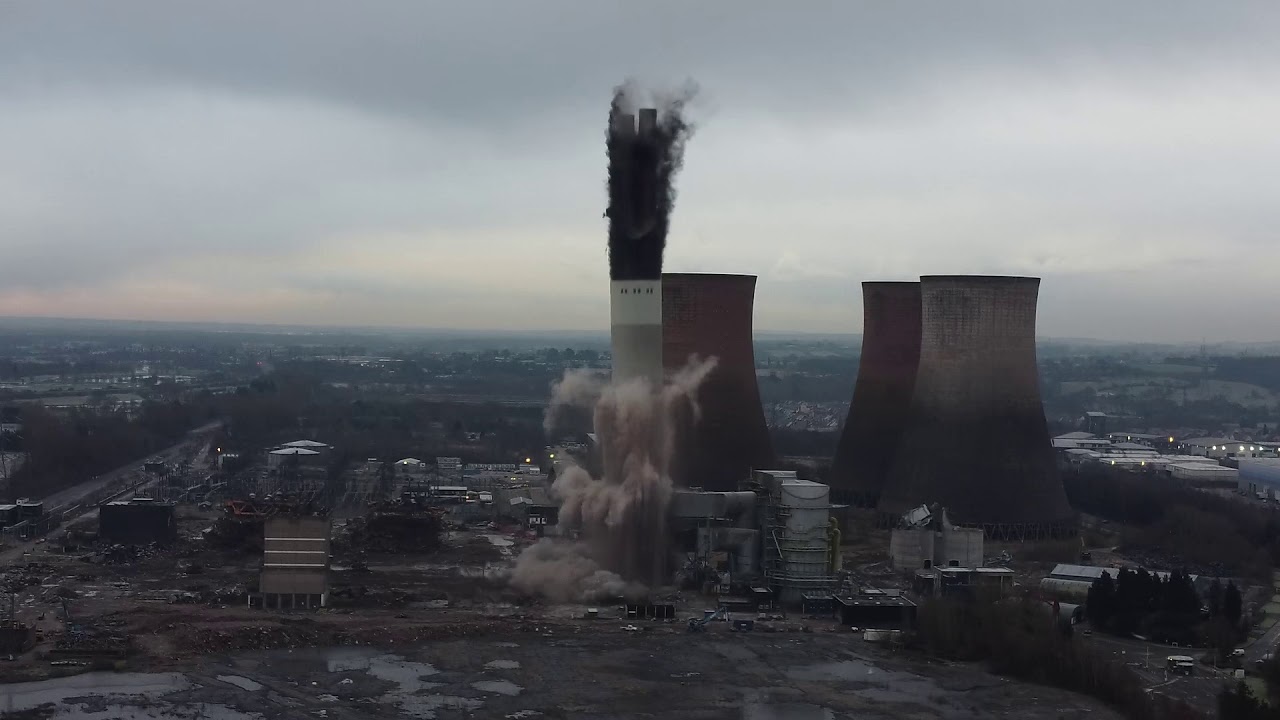 Just paste the YT in line of its own no spaces