Hi all,just wanted a quick natter regarding picture quality & pls no one take offence.recently I have been taking more note of pictures / video quality editing apps etc to try & get the best out of yr footage.so here’s what I have sometimes noticed & pls no offence to anyone,would I be right in saying that just because you have a top of the range drone sometimes you don’t create as good footage as some of the middle to entry level drones.I know photography does not happen over night in what we try to learn but I’ve seen some of the lower end drones take stunning clear footage as supposed to drones you need deep pockets for ! I know the drones don’t do all the work for you & obviously down to the pilot ( being the operator ) what he or she decides too do ( photography side of things settings etc ) .
Again the more & more I look at footage if it be on here or YouTube this I have noticed.I no it takes a very long time to become a professional photographer maybe that’s what it is the person in control of the drone taking the footage is a professional photographer maybe,or sometimes pot luck in the decision we take & when to shoot aimed more at the not so professional.again this is not pointed at anyone what so ever just trying to understand,if you have the knowledge to make photos look stunning with a cheaper drone.does it then not always pay off to buy the more expensive,I no it’s down to preference & what you want from it but it’s not like the more you spend the further it flies,not to my knowledge anyway then again the other way I looked at it is,2 cars exactly the same,same speed same bhp,obviously the man who’s been racing for 10 years against me who’s been racing for 10 days I’ve lost already , just wondered & nothing personal as I’m sure I’ll be changing my drone one day but on the flip side if I can get good footage then for me I’d see no reason changing anytime soon happy days.

If you get good footage with whatever your drone is then why change? Photographers make the photo, good photographers have an eye for composition, much like artists. The quality of digital has come such a long way it should be pretty hard to not get reasonably sharp images. It’s the same in photography with DSLRs, the main reasons that pro level DSLRs cost more is because they are easier and quicker to use, and they are built from better materials so they can withstand the abuse they get. Too many people get caught up in the hype of advertising (and the kit snobs) and throw money away trying to get better pictures. They’d be better off investing that cash in an art course to learn the basics of composition.
Keep your money in the pocket, spend it on the next best drone only if it gives you features you NEED. Unless of course you’re flush with cash and just want it, no harm in that either. But it wont improve your photography.

But it wont improve your photography.

Better to say you have a shit camera and occasionally post epic pics than everyone know you have a camera with film studio specs and post crap.

one possible reason to go pro/large/expensive is if you need (or have a desire) to physically print to larger formats or display on large screens (think cinema size) then generally speaking the larger sensors allow for that.

Everyone’s comments noted all makes sense & many thanks !

Another thing to note with some stunning photographs is that although the composition has been achieved at the time of it being taken, the popping colours are achieved in post. So generally aren’t a true representation of the colours at the time the photo was taken.

Unless you do what I do and spend some time setting up custom colour curves in camera. I detest post processing, not saying this is a better or worse way mind, just a different way. Many things can be done “in camera” that can save a whole load of time in front of a screen.

Post processing these days often leads to people thinking of the over saturated, heavy handed use of clarity tools and the like. Post processing is no different from the old darkroom room processing and printing methods in as much as it’s a tool to help you realise that vision.

The vision should come when the scene is infront of you, before that if it’s something you can plan or create, and then you use the tools and your knowledge of them to see that vision through, whether it’s ‘in-camera,’ during post or as I’d expect, a bit of both. Using post to rescue a pic usually shows IMO but, with that said, if the picture or content is good or important enough sometimes a rescue job will do.

Post processing these days often leads to people thinking of the over saturated, heavy handed use of clarity tools and the like

Yep, that’s the stuff. I tend to think Flickr whenever I hear/read/see anything HDR. Hasn’t that fad died out yet?!

Hasn’t that fad died out yet?!

I’m so out of the loop

I have to admit I am crap at editing other than pressing the auto fix button in the Apple Photos app which usually lightens them a little, it’s a case of what I see is what I get.

Another thing to note with some stunning photographs is that although the composition has been achieved at the time of it being taken, the popping colours are achieved in post. So generally aren’t a true representation of the colours at the time the photo was taken.

I’m trying to get the colours right lol 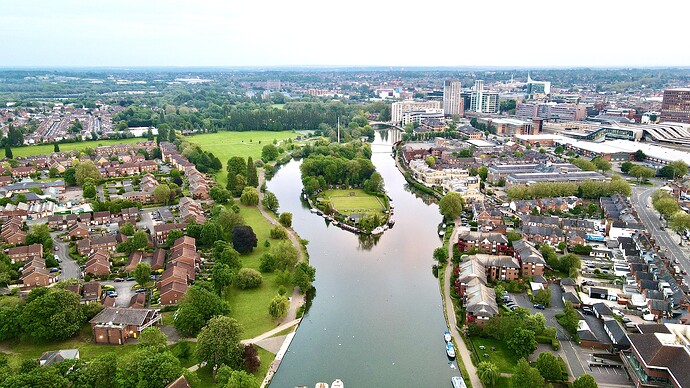 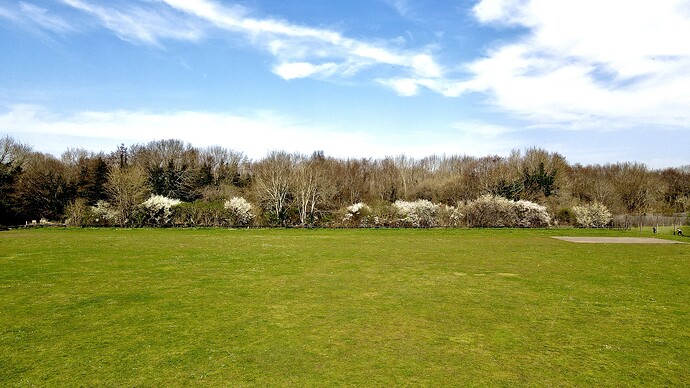 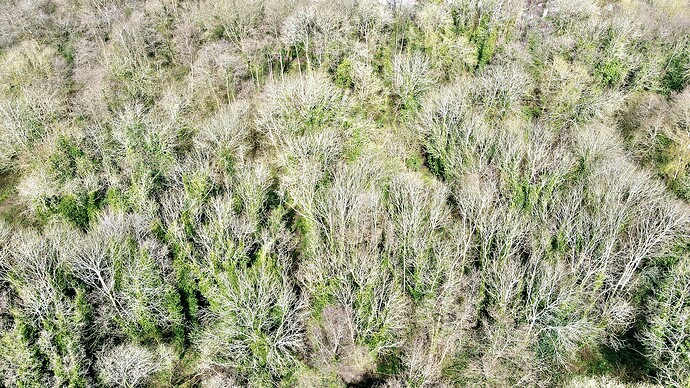 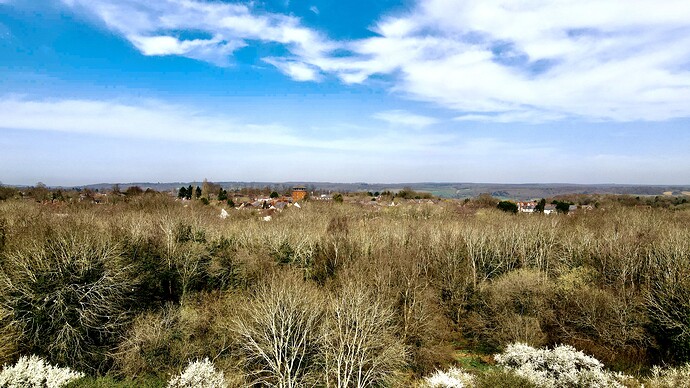 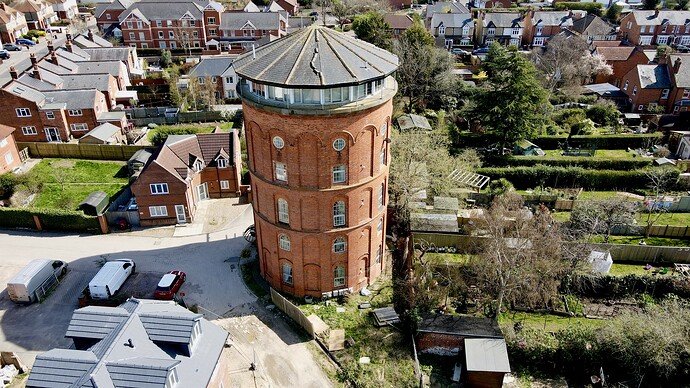 They look decent to my eye, what drone are they from?

Only MA2 just played around with them with I phone edit,I was just testing the camera to make sure it worked and I’ve just used the pics as a try to edit colour grade to try see what I’m aiming for colour wise

Those pics look sharper around the edges when zoomed in compared to my mini 3. 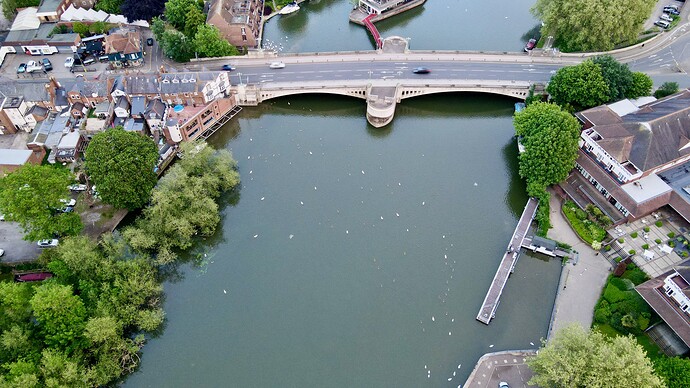 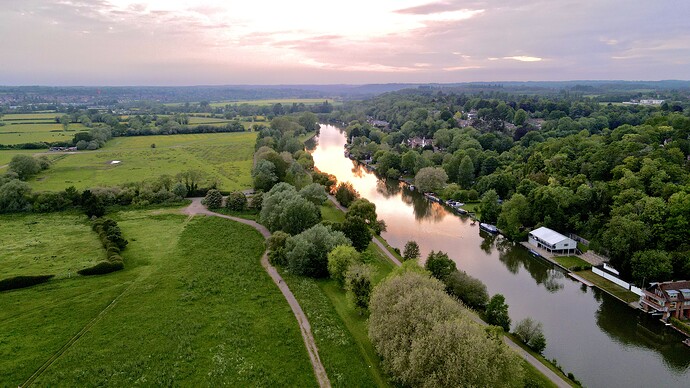