But councils only have one recourse to stop you anyway and that’s a byelaw. Which requires extensive consultation and assurances of being a reasonable means to address the issue it’s supposed to handle. This was established in case law all the way back in 1949.

Does anyone know what Coverdrone is expecting as ‘Industry Association membership number’ when selecting Grey Arrows Drone Club in their quote flow and if there is a potential discount?

Thanks for the help in advance! 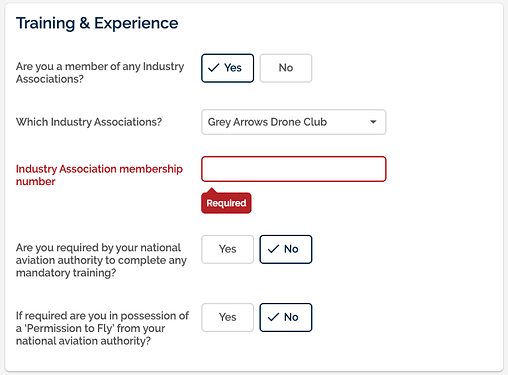 when selecting Grey Arrows Drone Club in their quote flow and if there is a potential discount?

Others have used screen name with no issues

Thanks @milkmanchris - I just gave them a call and they said you can also just fill in N/A and the 5% discount will still be applied.

@PingSpike if possible I think it would be great to add Coverdrone to the insurance overview - for a Mini 3 Pro including FlyMore Kit they come in around 20£ cheaper than Moonrock (approx. £75 vs £95) while having better geographical coverage (worldwide instead of EU and UK) and with an excess of just £50 instead of £100 for damage to the drone!

@legal_eyes they were on there for a long time but were removed on 21st January 2022.

Grey Arrows Drone Club has no loyalty, affiliation or discount scheme in place with Coverdrone.

They got removed in January and you have no affiliation but they added GADC to industry association, membership drop down tab can be left blank and still get discount.

I’m wondering mate is it to avoid as I’m looking for 2 drones as I have mini 3 on 2 year dji refresh and definitely needs the heads up as mate asked me about insurance also.

A smiley wink be sufficient

Thank you @PingSpike - I am indeed wondering as well as your

suggests that they are not a wise choice - is there any particular reason that they were removed/anything to watch out for?

I think it’s more the case that Rich isn’t going to personally recommend any one company over the other or it would make mockery of doing a comparison chart as well striking deals with said companies.

The fact you have so much choice of providers that are happy to provide a discount speaks volumes of Rich’s hard work but ultimately you do your own research and make your own decisions.

Also you don’t have to use a provider on the list.

The more suitable question to ask in another thread might be ‘when you’ve needed to claim on insurance. How helpful were they?’

Like any insurance company (house/car etc) you never really know how good a company is until you have to use them.

The DJI Mini 3 Pro has now been added to the Manufacturer Drone Insurance Cover section of: 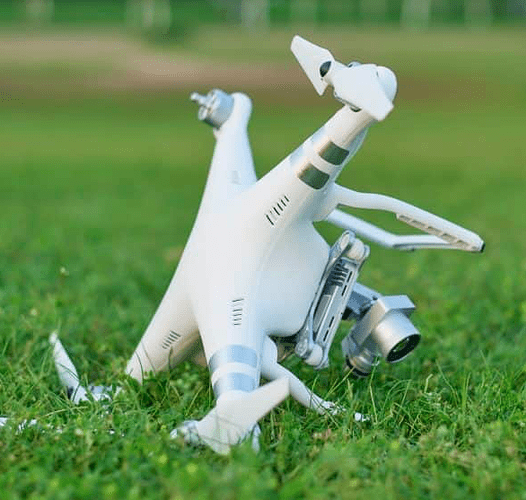 Heres my take on the insurance scenario and what is the best one to go for.
I took out the Care Refresh package as its handy if you crash it and need it repaired, however the £209 for a replacement due to a Flyaway and no cover if it drops into the sea made me baulk a bit.
This made me look around at some other insurances available.

DCC was an all encompassing policy by the look of it but needed to be taken out with a membership and hits the £190 mark. Still cheaper than DJI flyaway replacement but expensive if its not needed

Moonrock (Irrecoverable loss of drone during operation) and Coverdrone (Physical loss) offer cover at the £50 for flyaways by the looks of it but no accidental damage to gimbal etc that i can see.

If you couple one of the two insurers with DJI Refresh you can have the best of both worlds for around £100.
Only downside is that if you clam for a new drone after a flyaway on the insurance the DJI care Refresh wont cover it i suppose, unless it can be transferred. Just my input, It all boils down to what makes you feel most comfortable i suppose.

Has anyone had difficulty with Moonrock in the last few days?

Had an email telling me that my insurance was coming up for renewal on 5th September and this would be done automatically unless I informed them otherwise.

Had another email on 10th September saying I had started a quote and not finished it.

Both quote references are the same.

Tried to log in to the site and it told me I had entered an invalid username or password. Tried 4 times and then went down the forgot password road. They sent an email to reset. Didn’t arrive. Tried several more times but nothing. Left it for the weekend.

Nothing has been taken from my bank account for renewal so far.

Just phoned them but no answer, just goes to answerphone.

It would appear that Moonrock Insurance is not taking on new policies or renewals at this time but expect to be up and running in a few weeks.

Don’t know what the problem is but it probably explains why I’ve had so many problems trying to get in touch about my renewal.