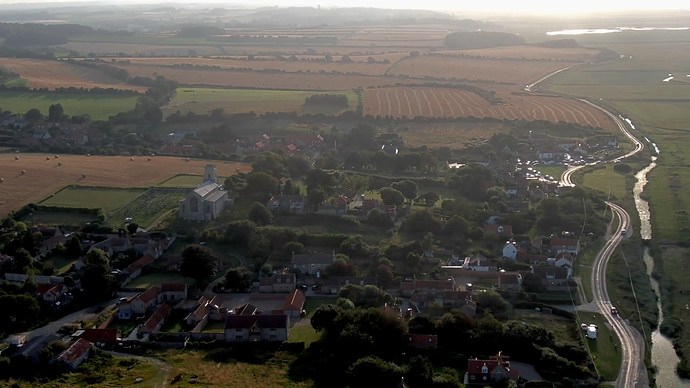 Great stuff as usual Frank .
Windy as heck down here in Plymouth but nice and sunny and warm .

Hope the wind dies down for ya mate to get the Mavic up. Enjoy your hols Shane

Thanks mate, funny thing is while I was at that beach a bloke came over to talk to me and it was one of the security men from Kelling Heath who told me I wasn’t allowed to fly on site😄 I said blimey I thought you was going to say you can’t fly here haha. Nice chaps though and agreed with me as there should be a designated area on site like they have for ball games, they said it would make there job easier. They was impressed with the the drone.

The guy who confronted me was on Wells Beach, he also was an Estates Security Guy from Holkham Estates.
He looked odd crossing a beach with Broom over his shoulder !.
Were you on the Kelling Heath Site at the time?.
As has been said before, many times, if you take off from a public place, nothing to stop you flying over the estate.
I bleeding would !.

I should add that I was with @PaperCrane and @UnluckyTimmeh at the time.
It was the day we Filmed the Wells Triathlon.

Well here it is. The Norfolk Flown Driers branch of GADC are proud to present the video we took of The North Norfolk Triathlon at Wells last weekend. Some footage from @chrisjohnbaker, some from me. Enjoy. https://youtu.be/gjEY7npVvUw