First time using point of interest to film something. I like the simplicity of the operation, but not so keen on the results. If doing it manually I would have flown more elliptically (if that’s a word) so as to keep a more even distance from the castle.
Anyway Hornby castle. 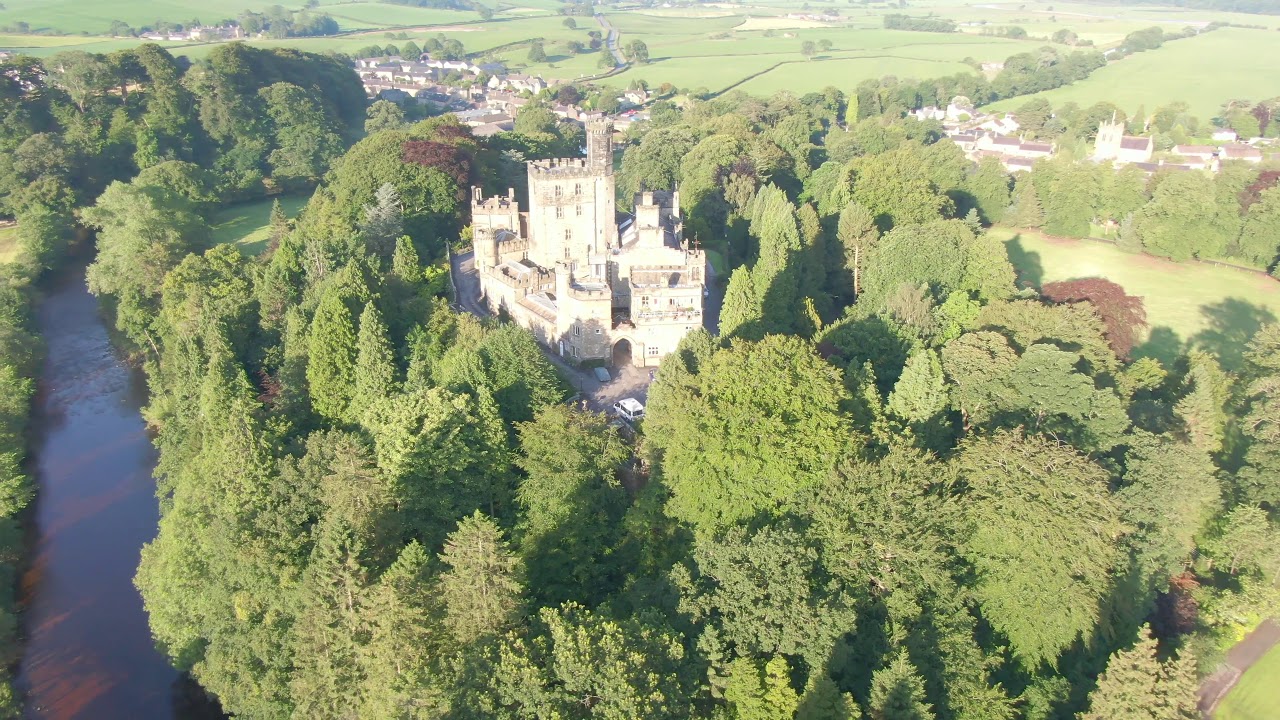 I find that sometimes/more-often-than-not Go4 doesn’t keep the POI bang on centre … as in yours … and then I have to play about in post to achieve that. (… which becomes even more annoying since the wandering isn’t constant and it’s easier to end up with bigger micro-messes … and even using tracking has variable amounts of success that then need more micro-tweaking, etc., etc.)

Litchi’s incarnation I find more “stable” with respect to centring. (Litchi must use a different algorithm.to create the orbit, I think.)

But, as you suggest, elliptical is more pleasing to the eye … but even with a Litchi mission you can get some wandering with this approach due to the way DJI’s API forces the use waypoints. And correcting that in post manually soon gets one (well, me, at least) into an OCD spiral of frustration.

I believe the reason the POI wanders using DJI’s Go4 is that the camera doesn’t point exactly down the compass’ understanding of precisely where it believes the drone is pointing (that may not even be its physical centre-line) … so one does get a perfect circle about a point that isn’t the one you want. (As in, you point the camera, and any disagreement means you’re pointing the drone somewhere else.)
I’ve kind of proven this by intentionally starting with an offset (and this depends on the compass heading AT the starting point) and achieved better results … but not such that I can set up anywhere and anticipate the offset needed.
Also - this “issue” means that there may be differences between drones depending on the alignment of the gimbal with the drone’s centre-line/compass heading.