I was trying to help!

Got shot down by the betaflight mods. 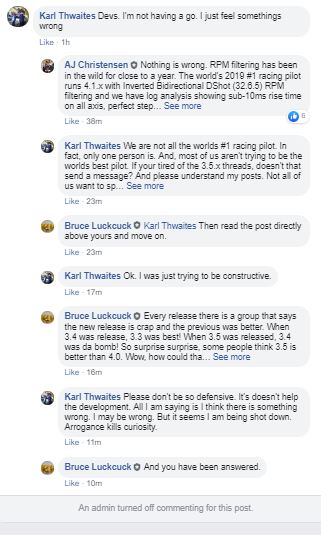 I know nothing about betaflight, is it open source?

Yes, it is. It’s a good bit of software to run a drone. And free. The arrogance of the developers just got my back up.

Developers are very protective of their code and methodologies

They’re always quite critical of others too. And it’s even worse if they’re in a clique, and worse still if one group doesn’t agree with another group in the same project - it’s the sole reason Diapsora never got anywhere, despite their concept.

Bit like builders, they’re always having a go at the way other builders built / did something and criticise the shit out of it.

None of which helps us as end users…