It’s the same for most hobbies/pursuits, there’s that one elusive bit of kit that is holding you back.

For me and my FPV efforts, it’s the video. I seem to be plagued by poor video reception in my goggles. Getting RHCP antennas and upgrading from the single antenna Fat Shark Recon to the diversity SkyZone Cobra X has improved things, but the video feed is still far from reassuring.

Here’s some footage from the Nazgul at the weekend. It has a 50mm lollipop style RHCP antenna on it, which admittedly took a beating at Willington the previous weekend, but should still be functionally OK. 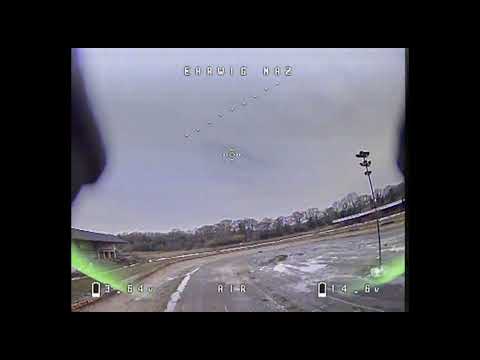 The Crocodile Baby (supposedly “Long Range”, with 100mm RHCP lollipop) is even worse and always has been.

Ironically, I seem to get the best video from the Darwin79 which just has a stubby little wire antenna.

The antennae on the goggles are a Foxeer 150mm pagoda and Aomway 90mm cloverleaf, both RHCP.

So, back to the title of the topic, should I be looking at trying to fix this with gear? I can tell you now, I don’t really want to be going digital, but am I expecting too much from an analogue setup? Is what I’m seeing above reasonable? Because it doesn’t really give me the confidence to get much more adventurous than buzzing around in close proximity and pretty much “clear sight”.

PostScript: Actually, looking at the footage above, it doesn’t look too bad. The trouble is, at the time I can’t help feeling that I’m constantly on the verge of complete video loss, which makes me nervous. Maybe I should just learn to accept that this is what it’s like and deal with it.

First of all I would look at your VTX. Don’t forget we live in a CE country so therefore most manufacturers are bound by law to lock their VTXs to 25mw output power so they can sell them in this country, this will severely reduce your video range. Most VTXs will have an unlock process that can unlock its full potential. Just be aware that this is illegal in this country without the correct paperwork that I’m sure every FPV pilot has 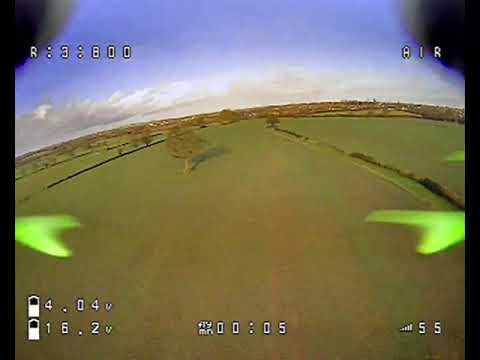 I would assume running the same VTX as you. IFlight Succex Force.

Granted I never had to unlock mine, but definitely worth checking what output power you’re running.

Is that using a Rapidfire RX module Deano? I’ve just been looking back on some of my old analogue vids and I do have a little break up in places but not as bad as Jez at that kind of range. I was using a Fusion RX module. I wonder if its the receiver that’s letting him down?

Jez maybe next time you go to a meet borrow someone’s goggles with a decent after market receiver and see if it makes any difference to what you’re experiencing. Especially if you’re having issues with all your quads. At least then you will know

Hi Jez, on my 7" I go out a few KMetres and whilst the video gets a bit shaky at times all I really want is to be able to see where I am going and I can, The HD camera records if I want to post up some cine videos afterwards.
This is partly why I don’t understand the clammer for digital FPV. FPV is just so you can fly it

I certainly concurr with @DeanoG60 that you need to check you VTX output power.
Though yesterday I was about a KM out at our flying field, maintained good video image, later realised it was still set on 25mW, I’d forgotten to up it in TBS Agent Lite on my transmitter before takeoff.

Is your quad antenna on a pigtail? If so, it could be damaged.

No that was using my Fatshark Scouts with the standard antenna configuration.

Also just to throw this in the mix, @SirGunner was flying his Sharkbyte quad the day that Jez’s DVR was recorded

Doesn’t matter now, @SirGunner has sold out man. Sold out

He’s joined me on the darkside!

was flying his Sharkbyte quad the day

Yeah but I’m only running 25mW

What channels where you both on?

Considering the places I fly most often, that’s probably by the by.

But it’s one of the thing’s I am planning to look at.

I wonder if its the receiver that’s letting him down?

I’m hoping not, as it’s not long since I upgraded my goggles and I thought I’d researched those fairly carefully.

The HD camera records if I want to post up some cine videos afterwards.

Well, now I’m getting to the stage where I don’t instantly smash into the first immovable object I come across I am starting to think about adding a secondary camera for more share-friendly footage. not sure I’m ready to risk a £200+ Peanut yet though.

Is your quad antenna on a pigtail? If so, it could be damaged.

Well, it certainly is now. The last landing in that video was on the tarmac, as opposed to all the other mud and crap in the area, which unfortunately smashed the capacitor that sticks out of the bottom of the Naz up into the VTX unit. It’s slated for pretty much a full strip-down and clean (after Sunday’s session), so I’ll look at it then, along with possibly adding a GPS (only cause I want to know how fast I’m going :P), and maybe a ViFly 2 buzzer for when the battery ejects, and maybe some more LEDs for when it doesn’t.

Also just to throw this in the mix, @SirGunner was flying his Sharkbyte quad the day that Jez’s DVR was recorded

That definitely seemed to upset the Croc, not so much the Naz, though.

Oh well, this will all keep me occupied through the dreadful weather we are undoubtedly going to get for the next five months.

What channels where you both on?

I’m still on F2, which shouldn’t be an issue

why I don’t understand the clammer for digital FP

For me it’s mainly for builds that are too small to have a secondary camera or even a split camera.

Have you tried other channels Jez? I’ve heard of people having issues with certain channels and not others, possibly due to slight differences in antenna tunes?

Christ yes… at the tiny whoop session yesterday Raceband 8 was a nightmare for everyone.

Have you tried other channels Jez?

No, too lazy, but something else to try while I have everything on the bench and hooked up to the PC.
Certainly picking an R channel would seem to be more in keeping and helpful when I’m flying with others.