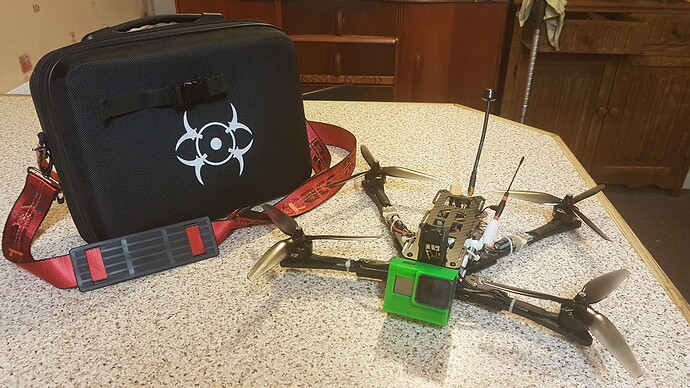 When I originally built her up I had 2 problems the first was the osd on the video feed (wish I had recorded the dvr footage) was showing lots of small lines overlaping everthing in view, the second problem was the GPS and ALT hold was not working, when activated the quad would ever so slightly tilt 1 way (changes sometimes) and drift in that dierection.

I oringally focused on the gps issue without getting anywhere, tried recalibrating, checking the conections, orintation, even tried 3d printing a folding mount for it (read somewhere it might have been too close to the other electronic which could interfer). I shelfed it for the time being, work and other prioities kept getting in the way, also few my other quads in the meantime.

Recently I thought to retry I will record everything post it up here and hopefully someone will be able to point out what the problem is. The first thing I thought was I would need to upate the reciever and software on it (maybe hopefully it might be a bug fix) while I was able to update the reciever the Inav sofware on the other hand not so much 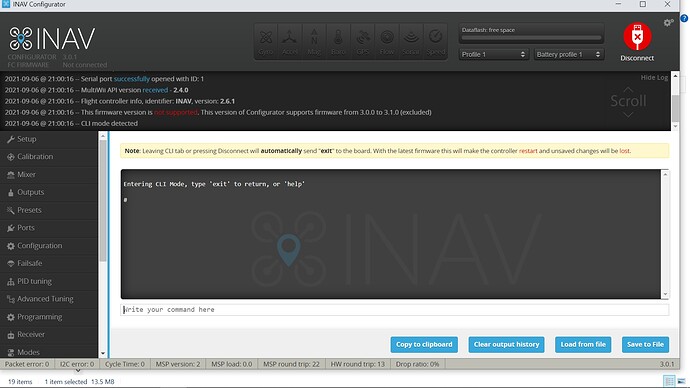 now I’m not sure what to do any help would be much appreciated.

Where do you have your gps/mag fitted? And have you covered the baro on the fc with foam?

I haven’t covered the fc. Original I had the gps hanging out the back then I tried on a 3d printed folding mount up above where the battery would be. But 3 things occurred to me in a crash that mount would break too easily, the wires to the gps I feared would get cut up by the props and finally I have seen others who had managed to get gps/alti lock with a mount similar to my original so I have reinstalled that mount.

Small update I have managed to connect up the FC to inav, by using an older version 2.6.1