I've cracked it, and now cut it

Heeheeh, I read a post in here the other week where another member was nervous about hand launching/landing. My thoughts were “what’s to be scared of? It’s simple!” I never knew how much damage those little props can do!!! Oh well, that’s accident number two today so I’m waiting on number 3 so I can call it a day and go to sleep, safe in the knowledge I can’t die in my sleep!!! 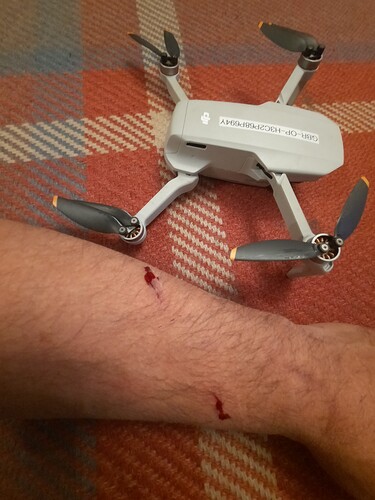 Were you trying to land it on your forearm?

Hehe, no!
My stoopid springer decided he was going to try and eat it, he’s from working stock and maybe thought it was a pheasant? I pulled back on the stick to get it away from him and flew it into my arm. What I was trying to mean was that I now understand why some people might be apprehensive about toal from hand, they can do some damage

Even in high winds like I had when I was doing the narrow gauge railway for the competition I was able to hand catch it. I just stood with the wind at my back, brought it in in front of me and landed it gently. No problems at all.

I guess most of us have been PROPerly bitten.!

Guy at my site had to have the end of his finger re-attached at the start of the summer due to not paying attention when picking up a quad.

Been there. Done that. I hand catch 99% of the time. Sometimes it bites back. 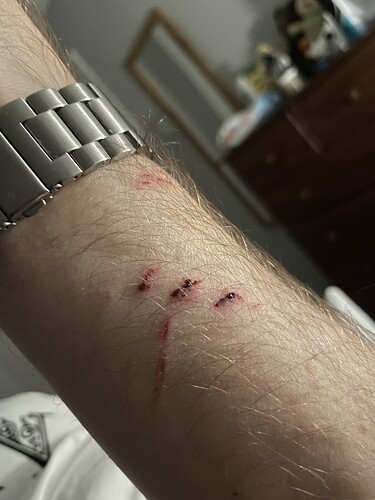 Yup. Doesn’t look so bad but there was a lot of blood at the time. 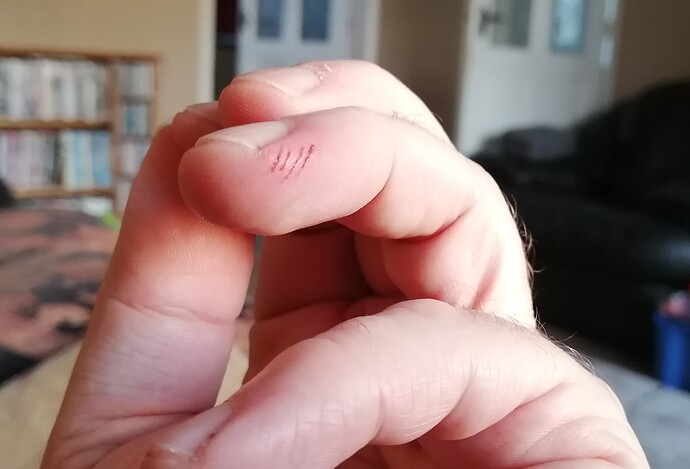 Also watch out for tiny whoops sneaking up from behind. This took some untangling, even after pulling the props off. 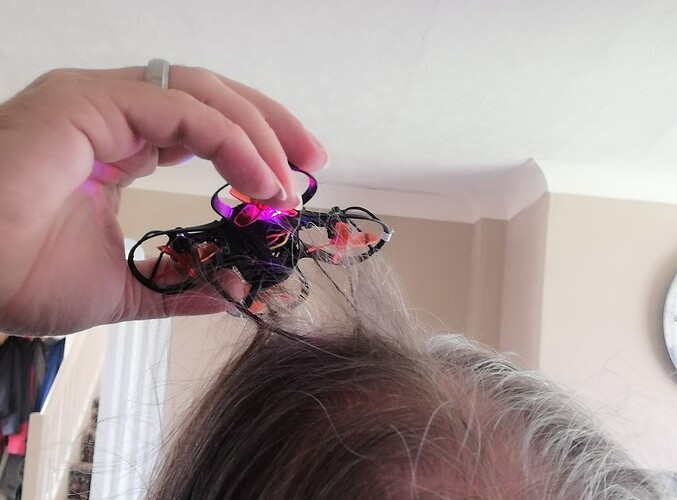 I’ve never had a problem with the Mini 2 because it’s so light and easy to gently land flat on your hand. The Mavic 2 Pro on the other hand, being heavier, requires you to grasp it with your fingers when it’s landed to stop it from tipping over onto the ground. Mine bit me once when I closed my fingers around it before the blades had stopped. Gave me a nasty nip, not serious, but painful enough to know not to do it again. Lesson learned and info filed in brain for future reference.

I always go pincer style on the M2, never bitten me yet even in gusty conditions

Thanks for the tip Chris, I’ll give it a try next time. I’m a bit more wary of the Mavic 2 because of its size and weight so I usually TOAL from a bit of level ground, but out in The Mournes that’s not always possible.

Quite amusing watch but good technique 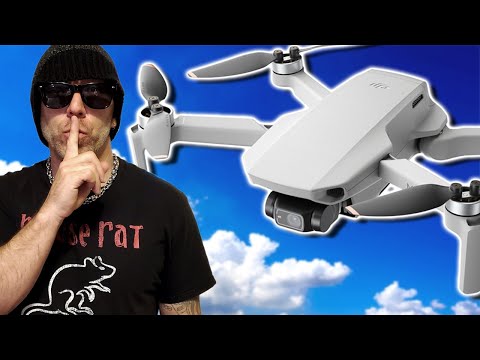 After nearly slicing my finger end off on my 2nd outing I will never attempt to do the hand landing, once sliced is enough thank you

I vary take off / landing depending on surface. I actually prefer hand catching the Mavic 2 Zoom to the Mini 2 as there’s more body to hold onto