I’ll keep my eye out for you. If you go for the clone I’d be interested to know how it performs. I’ve had the Mini fly more a couple of months now and it’s really good for what it is and I love the portability.

Thank you, yes that is what I am after portable as so I can take it away for the day on my bike, walking etc.
I managed to cause nerve damge in my back which means I do not have much control on my right foot and leg as I use to but as long as I do not carry weight I find I am a little better than I were this time last year.

Glad to see you’re on the mend. Good luck with finding something portable that does the job for you.

It does not bother me as much as I already have operators ID etc butI did hear they were going to bring the same rules in for drones under 250g ?

I still own a chinese mavic clone that was about £50 off ebay. The flight time was meant to be 16 mins but never got more than 12. The biggest let down was the quality of the “hd” camera - almost completely useless for photography, BUT the drone was useful for learning how to fly as it’s much harder to control than an MP2 for example. The kids still use it as I brought about 5 batteries and it’s fun to fly in open spaces with no one around. With a simple range extender on the controller, I managed to get about 200m (was about 50m previously)

Hi mate, does this mean drones under 250 will be covered ?

Drone x pro,is being sold for£23.00 by a number of different sellers on Fleabay…

When do they come in ? and do all the rules in drone code still relate to them ? ie 50m from a building etc.

@dazer2000 there’s a whole thread on that subject over here:

So today Matt Williams a leading light within the international aviation community with deep-seated roots within the unmanned training and operational delivery sectors, @MrMPW is live on his youtube channel at 12 pm discussing the new EASA rules that will come into place as of the 1st of July 2020. Hope to see you in the Livestream!

Thank you…one day I will be able to navigate the forum properly !

Has there been any clarification on that?

The wording suggests any drone which can “capture data”.

If you’ve got a standard VTX and goggles without a DVR you are not capturing anything.

A bit like how you can legally install CCTV facing a public road but if it is capturing images you need to abide by GDPR and register with ICO as a data controller.

anything able to “collect data”

Does this include betaflight blackbox? Or dji logs?

Thanks for the promo

@dazer2000. Have a look at some YouTube videos on the VisuoXS812 here for example but there are better videos I have seen. Watch a few. Simple to use and light at 213g with battery on my kitchen scales. I have one which regrettably have only flown a few times and was brilliant. No crashes or issues at all. I think I paid in the region of £80 about a year ago for the 3 battery version and then imported a further three batteries via BangGood for about £30+.

You can easily fly without any phone if you wish just via the remote and a great way to learn and practice. I used a Sony Xperia L1 which fitted the mount OK. Much bigger phone would be an issue. Obviously not a great range. Some videos show 200m - ish before video breaks up, others rather more like 100m+. Camera not that bad - mine is the better 1080 camera. I got what I thought was some fairly decent footage from it. The fixed camera is manually operated pre-flight but is adequate for what it is designed to do.

Mine has a SD card in it and has the original box, manuals and 6 batteries with 6 micro USB charger cables with leds. 4 re-chargeable AA batteries for the remote , set of prop guards and spare props all unused in the plastic bag. I am getting round to selling some of my stuff in next few weeks and this is surplus to requirements and won’t really get flown. I attach a few quick pics.

Anyone interested make me an offer to include postage.

The white rectangle is to hide my OP ID which is of course not needed for a 213g drone but I’m picky! 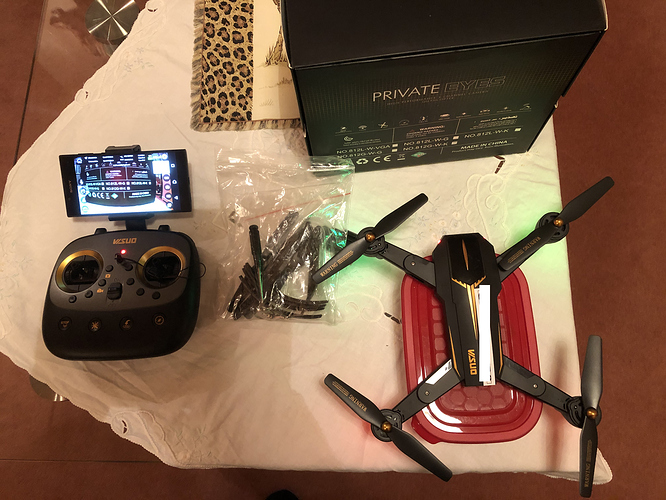 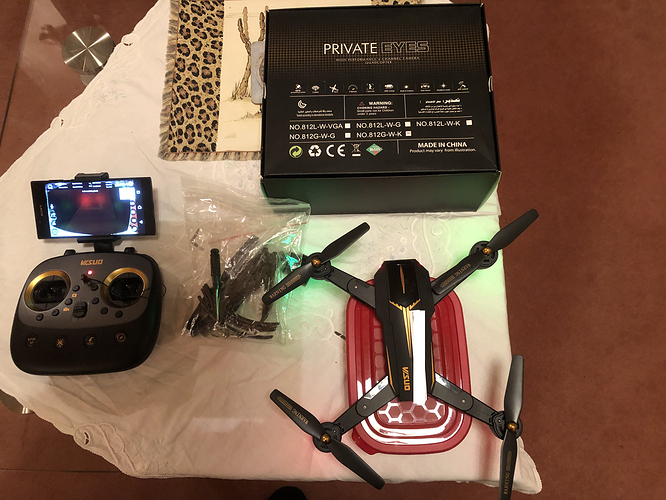 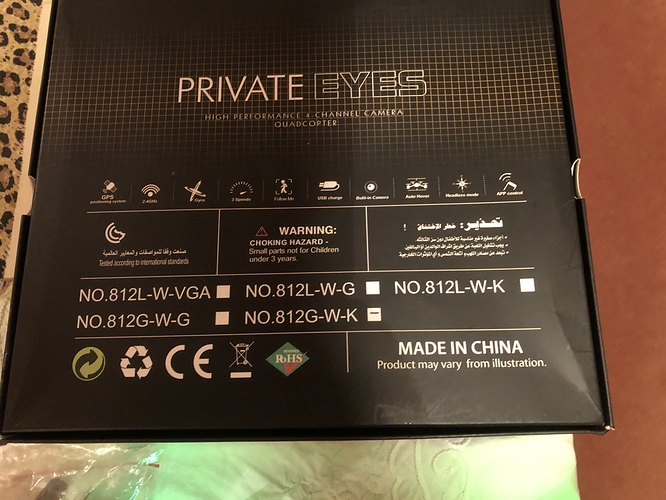 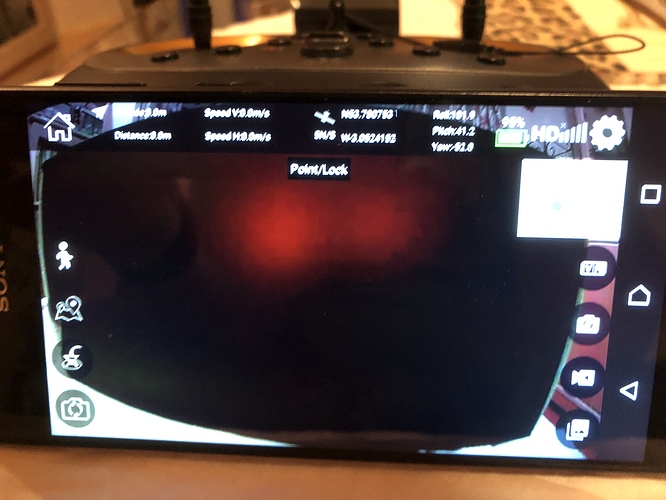 It is a good idea to have your operator ID on there anyway because from the 1st of July even Mavic Mini pilots will have to be registered.

Yes sure will.
Thank you for the report on the drone mate looks good, that was what I were after ie is it worth it and looks like it was.

johnbirt Can you PM me price and where abouts you are please I am interested.