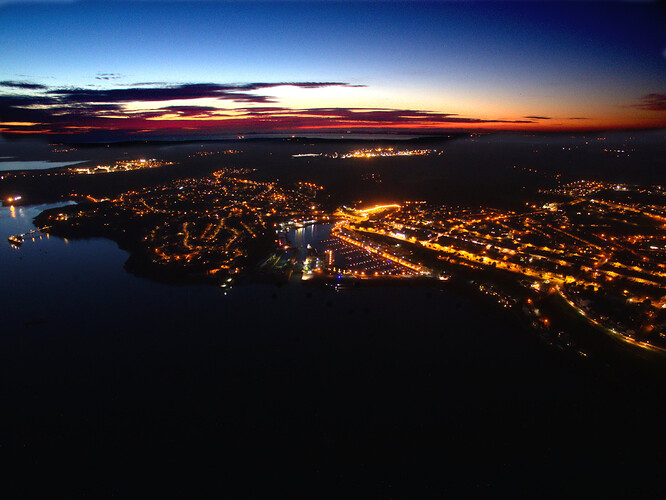 My name is Phil

I recognise the view. I used to live in Trafalgar Toad

This pic adds the Night Flyer Badge to your profile.

The last time I was in Milford Haven I was working on a farm. I was installing an oil boiler.
Anyway. After I had done the farmer came over to me with half a dozen eggs. He said,
“Thank you for all you have done, you have made a fantastic job, left no mess, I’m really happy with what you have done. Here is half a dozen eggs.”
I said “thank you soo much that’s very nice of you.”
He then handed over the eggs and said “that will be £1.50.”
I just looked at him with the gaping WFT eyes.
He quickly said, “what they are free range?”

So I paid him, tight old farmer he was.

I just burst out laughing, then he opened his hand and said, “wait wait, it laid me an f/ing egg.”
Then with shear panic on his face again, “what we gonna do with it, shall we take it back?”
I said “I’ll neck it when I get home. We can’t let it go it will get run over.”
He said “you can’t do that it’s not fair, I’ll take it to my mates house.”

Monday came around and I said to him “how’s the chicken?”
He said “my mate said it was lovely.”

Strange how place names bring back old memories. That was over 25 years ago and completely forgot about it.