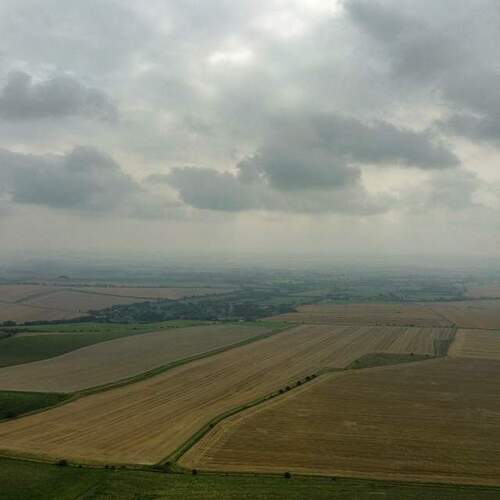 This location has been recommended to fly your drone in the Areas of Outstanding Natural Beauty category in the South West region.

Driving through Stanton St Bernard (near Devizes, Wiltshire), there is a small track leading to about 100m from the summit. The track is rough, but suitable for cars. You need to pay a toll via PayPal of £2.50, by scanning a QR code on the sign near the start.

Milk Hill is the highest point in Wiltshire and is part of the Pewsey Downs, a rolling set of chalk grassland hills between Devizes and Pewsey which are prominent in the landscape and almost invite the passer by to park up and take a stroll along the ridge. At just over 1,000 feet, they are high enough to offer fantastic views of the Pewsey Vale and beyond but low enough to make walking over them not too strenuous. 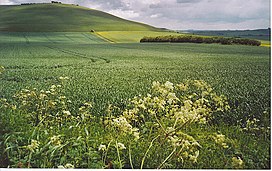 Milk Hill, located near Alton Priors east of Devizes, is the highest point in the county of Wiltshire, southwest England, at some 295 m / 968 ft above sea level (the adjacent Tan Hill rises to 294 m). It is the location of the Alton Barnes white horse (a hill figure cut in 1812). On 23 August 2009, the BBC programme Countryfile featured an item on analysis by Ordnance Survey to determine whether Milk or Tan Hill is the higher. It was confirmed that Milk Hill is 26 centimetres (10.2 in) higher t...

The originator declared that this location was not inside a Flight Restriction Zone at the time of being flown on 04/09/2021. It remains the responsibility of any pilot to check for any changes before flying at the same location.