MP's to do more investigation

I recieved a link to this, apologies if this has been replicated elsewhere.

My thoughts would be to respond as a group but also individually. Please read the guidelines for submitting, they want a word document and written in a report format.
cheers

It doesn’t sound good. Sounds like they are going to regulate the hell out of it. But why specifically drones, why not remote helicopters or planes as well? I presume that drones are easier to learn to fly and require no building and can be bought at a lot of outlets and flown by the thickest thicko who doesn’t have the slightest idea of how to conduct himself responsibly.
And therein lies the problem.
Reading between the lines it looks like we are heading to an era where only registered and licenced drone pilots and:or companies will be able to own, buy and fly drones. Similarly to private aeroplanes.

I agree @Brian looks like there are going to be some strict rules on owning and flying. Although that will not stop some people being idiots. Unfortunately it seems to be the idiot few that spoil it for the genuine/ safe people.

We all see what is happening with the t’internet when it’s left unregulated, unpoliced. The unscrupulous take over, using it for their own nefarious reasons, not just large scale con artists and state sponsored hackers but also younger individuals who use it for cyber bullying of their peers. The ever present fear of government regulation/interference is making some of the larger social platforms attempt to get their house in order through self regulation but just like the drone hobby, it may be too little too late making government regulation inevitable. Having said that, there has been absolutely no evidence of any unofficial drone activity over Gatwick, I suspect that Gatwick was merely a ploy straight from the authorities ‘dirty tricks’ box to justify regulation to the uneducated, Jeremy Kyle viewing masses who will swallow anything peddled as the truth without a shred of evidence.

If it’s like many MP committees, they will speak to lots of people and then feed something back in a year or two. Don’t expect anything soon!

Following two previous consultations on drone safety and security and incursions at Gatwick and Heathrow airports the Government is planning to bring forward a ‘Drones Bill’ in 2019.

It might be sooner than a couple of years.

“The number of recreational drones appears to be on the rise. We must act now to ensure that there is effective regulation before there is any further expansion. Now is the time for us to influence Government thinking in light of recent incidents and the upcoming Drones Bill.”

But a chance for the us ‘recreational drone users’ to have a voice as well.

Send in your views

The Committee is seeking written submissions on:

Dont forget that Brexit and the vote can easily change what happens to any proposed changes in legislation. Even a change of minister can dramatically change polcy direction. I a agree that the club should be engaged in the process.

Out of the last 8 bullet points, 5 of the statements refer to controlling/regulating civilian drones.
The other points are only about the opportunities in business for the drone technology and how other countries regulate drone use or use anti-drone technology.
It seems that the commission have a very narrow brief to consider and report how best to regulate hobbyist/civilian flyers out of the sky, leaving the sky’s open for big business flyers, news corporations, the Police and others.
I have been reading through the list of airproximity (near misses) alerts and drones hardly feature in the list, by far the highest number are between highly trained pilots.
Of course the fact that fast jet aircraft packed with hundreds of holiday makers are almost colliding above our heads at an unbelievable rate doesn’t deserve any column inches in the news,
But invisible drones at a major airport make headlines for days, resulting in the inevitable reaction from those just itching for an excuse to regulate.

I think you are totally right there Brian, and they will probably be doing their best to make it easy for business and difficult for recreational users - I just wonder if it’s too late with so many existing owners, and also they would be very mindful of Europe and US developmental.

But ultimately, we could see the possibility of a non commercial drone license to fly?

The non commercial licence would be a great idea.

I think it’s the only way they can go if they don’t want unrestricted drone usage. And it’s in line with other CAA regulations I.e. pilot and commercial pilot.

This has come available also over the last couple of days from the EU. Now this might not matter to the UK or maybe it will. European Commission paves the way for safe, secure and green drone operations | Mobility and Transport

This is where they are up to in terms of drone controls. I hope they get this sorted soon in terms of the EASA rules because Malta right now is pretty much a no fly zone unless you want to predict your flight pattern a week ahead, and I want to move there.

I’ve read all the 31 pages and a very brief synopsis is that it’s waffling on about the CE markings and conformity to The document standards by the manufacturer…
The ANNEX tho is the very interesting bit and worth reading as this gives the new regulations as to maximum height (120m) and maximum ‘follow me mode distances, must have an alert system if airspace is compromised and loads more. However when I read it, it becomes clear that Dji have covered all these items.
I can’t see anything about pilot licensing in the document, but I was nodding off reading it. Lol

In addition to the technical requirements for drones adopted today, the Commission intends to adopt provisions covering the operation of drones. The rules will cover each operation type, from those not requiring prior permission, to those involving certified aircraft and operators, as well as minimum remote pilot training requirements. These technical and operational rules will also replace any national rules on drones that may currently exist in the different Member States. From 2020, drones will have to be registered with national authorities.

The EU approach will ensure that drone operators – whether recreational or professional – will have a clear understanding of what is allowed or not. Operators will also be able to operate their drones seamlessly when travelling across the EU or when developing a business involving drones around Europe. Common rules will help foster investment and innovation in this promising sector.

And regardless if we are in or out, you can bet we will go down the same route, or not that different!

Except I would expect that here, given the encumbent (and any future for that matter) governments intent on fleecing every single penny they can from the populous wouldn’t be surprised at a pay per flight for using the airspace to be introduced when they work out how much they could make by selling off the CAA. Or is that just too much cynical Yorkshireman?

Just saw this from i,kopta very interesting and i know we have already completed one drone survey,but this one looks like we may well need to complete,as a matter of urgency 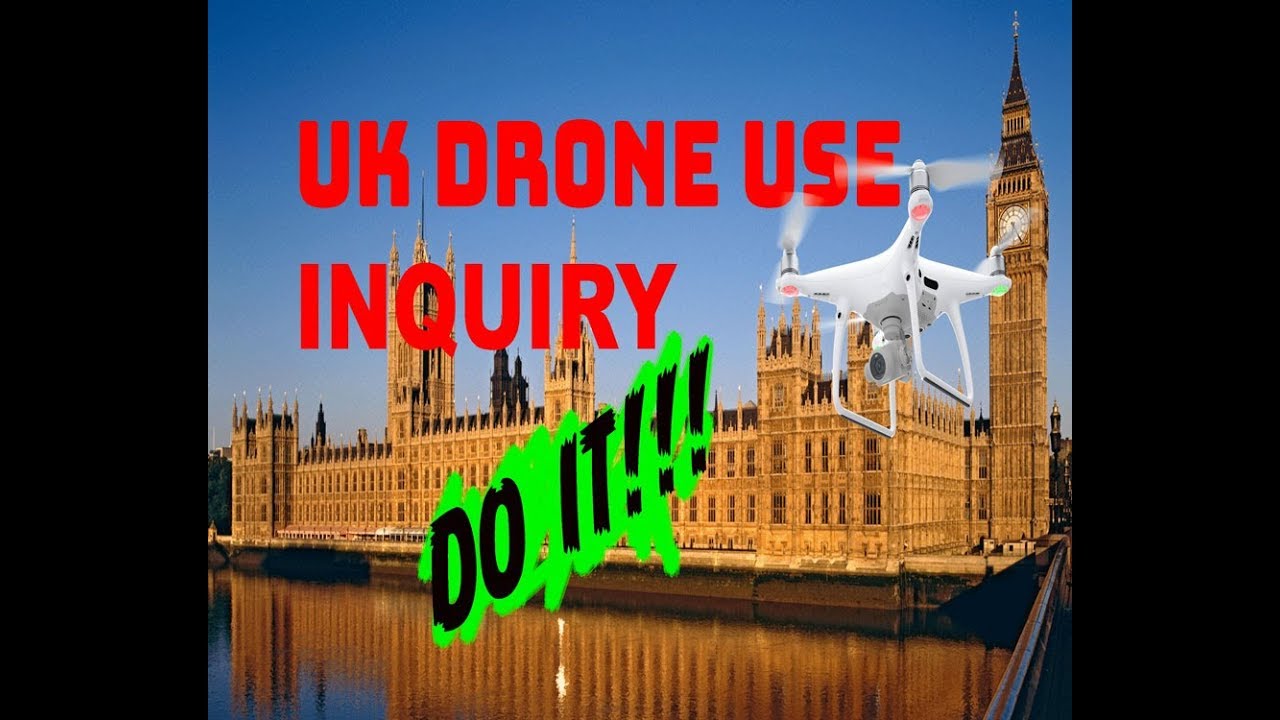 This is the same one raised by @ScottishYorkshireMan at the start of this thread. I am glad ikopta is being promoting this and think we should all try and input to balance input from all the scaremongers.

Hi @BrianB was not sure weather this was the same one,so put up the I’KOPTA one just in case.

at least now i know it is one more,not two,to fill in!!!