My delve in to the world of the DJI Inspire

Those are not mine, I have the 13X4.4, each one comes in its own velvet bag as well

You’d also like the Inspak X5 carbon backpack I had bought for me for Christmas, there was someone selling a new one on FB Marketplace last week for £70 new

Here we go again, remember this.

I’m keeping my wife away from this forum.
If she knows how addictive droning can get she will stop me in my tracks…

RC Geeks are flogging off a load of Inspire parts and accessories on the cheap at the moment:

In regards to the dead battery, is there no way you could replace the cells leaving the circuitry?

Just when you think you’ve seen it all… 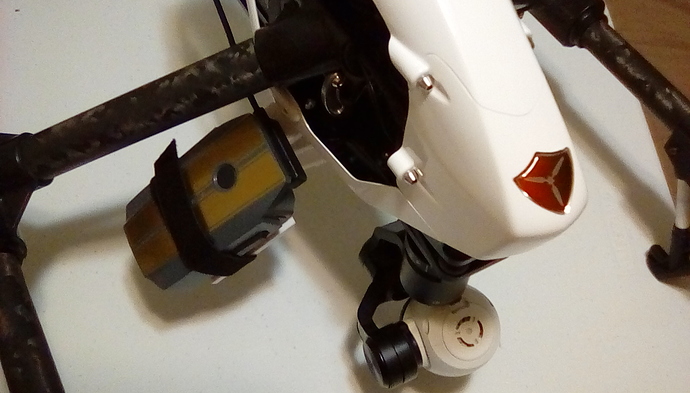 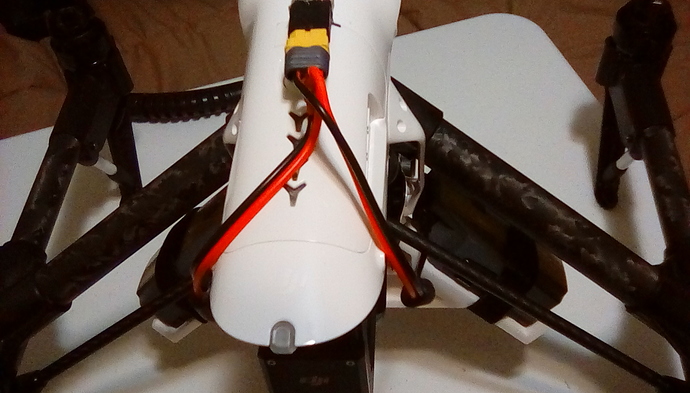 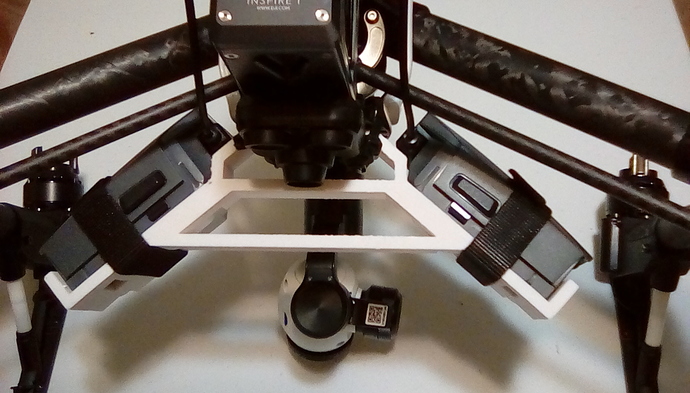 A great piece of “thinking outside the box” and design. Can see the soldering iron coming out Rich☺

I give it a month before your asking for a 3d print of that.

DJI stopped any further support/development for the Inspire 1 series a few weeks ago so you should be able to get some good deals on spare parts as dealers may well want to clear their stock.

I just hope they drop the price of batteries

Anything I’ve looked at in spares recently has gone up.
Not that much on eBay at the moment either.

Well, after a few weeks of ownership I was finally able to get this thing up in the air today

Hoooooollly shit this thing is fast

Some general observations that I made…

It’s big… Compared to the Mavic Pro that I’ve been flying forever, this thing is noticeably larger when it’s hovering at head-height. I literally took a few paces backwards when bringing it in to land

However, this also has the added advantage of giving me some seriously extended line of sight. If I take the MP out to over a few hundred feet, look down at the screen, then look up, it’s vanished!! The Inspire is too big to vanish

I went out +800ft and it was still really visible, even in the brightest of sunshines.

It’s noisy… Again, I only have the Mavic Pro to compare it to, but the Inspire is quite a bit louder. Strangely though, it’s almost silent on ‘tickover’ when the motors are running but you’re still sat on the ground. Also, it’s surprisingly quiet when it’s not doing much (ie. hovering about) - but when you give it some throttle it seriously picks up some revs.

It’s not as stable as I was expecting… My Mavic Pro is literally nailed to the sky. Today there was a mild breeze, my MP wouldn’t have budged, but my Inspire was ‘wandering’. That said, I was only 10ft up, over a football field so it’s possibly it simply didn’t have a vision-lock.

It takes a while to stop… Did I mention this thing was fast? Again, I’m used to the Mavic stopping instantly, and staying there. Letting go of the Inspire controls at speed makes this thing lean and +45 degrees as it applies the brakes, not that you’d ever know looking at the footage, the gimbal is amazing. But once stopped, it seemed to drift on a bit slightly, maybe 10m or so. It’s all on factory settings still so perhaps needs a few tweaks.

It’s fast… but you knew that, right? Without even trying I was pushing +70kph, it was travelling that fast that I actually decelerated really slowly. I thought if I just let go of the sticks at this speed it’s going to launch itself in to some kind of skyward tumble

I needn’t have worried though, this thing seems to be pretty bullet proof.

It’s agile… for something weighing as much as it does (not sure how much an Inspire weighs?

) you can really throw it around in the sky. Strafing and drifting manoeuvres are performed with ease

It’s waaaayyyy too sensitive… Again, coming from my heavily modified and seriously fine tuned and fettled Mavic Pro, the Inspire is like a caged animal being released! You only need a really small input on the sticks and this thing takes off like a rocket in whichever direction you’ve pointed it. The control sticks are height-adjustable (that’s a new one on me!) but I think I need to have a look at the EXP settings and try to reduce the curves. Honestly, you only need 10% stick input and this thing launches off at 100mph! It definitely needs taming…

The gimbal… The whole ‘360 degree’ thing is quite a novelty, being able to fly in one direction while moving the camera around in any which way direction you can think of (even backwards, while flying forwards). I dare say this novelty will were off, but coming from something a relatively fixed as the Mavic gimbal, it’s impressive. It’s also rock bloody solid!! No matter what the speed or lean angle, the horizon is always bang on. The only time I could get the horizon off kilter was by performing some wild movements that you’ve never do on a ‘normal’ flight.

There’s probably more to tell you, but that’s all I can think of for now, will let you know if I remember any other things.

) but again, I needn’t have worried.

It needs taming - smooth inputs are literally impossible, no matter how careful I was. Even something simple like moving forwards slowly was really hard. Again probably just exp or stick sensitivity settings, but they are waayyyy off the mark at the moment.

More details as I remember them

I can only dream of owning one, I bet it’s quick though

Told you that you would love it

I’ve already tamed my beast, I also tend to leave the camera facing forward with just one controller, that way you don’t get confused on which way is forward when you are so far out.

Am I just runnng too many factory default settings and not enough tweaks?

I’ll look at what mine is set up at next time, maybe tomorrow and let you know.

Any settings you can grab a screen shot of or something? Ta