My foray into the world of the PFCO

Greetings all…
A year ago I bought the MP with no intention other than having a travel drone and enjoying the downtime from work taking pretty pics and expanding my movie making to add to my diving videos. As time went on I got more proficient and was taking some semi decent stuff, and I noticed as time went on more and more people were asking me to film stuff for them with money being offered. Being a good boy (and a cop close to retirement with no desire to mess it ups with some illegal business interests) I finally bit the bullet and took and passed a PFCO course.

The course itself was run by Phantom Flight school who I wholly recommend. Their chief pilot, Simon Smith, is a solid dude who knows his stuff and th course is interesting and well laid out. They have various venues, and I did mine at the Maidstone Mercure Gt. Danes Hotel in Kent which is a great flying venue. The course itself cost in the region of £1300 and it was the three day version which comes after you’ve done the online theory course which is supplied by a NQE (national qualifying entity) called 3ic who were also very good.

I’ve since gained permission to fly commercially through my work as well as getting a pilots place on the force drone unit which is excellent as they have some big gear to fly. I’ve also been lucky and managed to get some commissions so I’ll soon have some beer money coming in.

That’s a great update! Cool that you can mix work and hobby, too!

Well done on the PFCO and getting some work in too

Excellent, hopefully you’ll get your money back you had to lay out as well so it’s a winner all the way.

@Paul_M, I think that will be an Inspire 2

I did a basic trading session with these guys which came as part of the price when buying my MA from them.

I agree that they are a good outfit and As I am also thinking of doing my PFCO it is great to hear about your experience and the recommendation.

And, from a ex cop of 30 years, enjoy your retirement

Added bonus prize…My boss yesterday at work approved for a check flight and added me to the work drone unit as a named pilot on the Police PFCO…I get to fly all sorts of sexy Police drones, including the Matrice 210!!!

We post pics of our deployments on twitter…It’s on the Firearms twitter until we get enough followers to get our own page.

I’d postpone any thoughts of retirement if you can be paid to “play” with that! LOL

We’ll see how it goes. I still have all the other not so cool stuff to do when the drone is not up. I’ve been doing it for nearly thirty years…Leaving when planned is gonna be very sweet too.

You could probably lead the “Breaking the Speed Limit” silliness with that.
And score maximum irony points at the same time. LOL

Congrats on the PfCO there @JayForceOne - excellent news

Can I ask who you’ve chosen / who’ll you’ll be choosing for insurance?

Does the force ever use sub-contractors do you know? Or only qualified police officers?

I’ll be using Flock for the per flight requirements for any jobs I get from now on when I’m flying PFCO flights. If the gigs keep coming in and make it worthwhile I’ll be looking into something more permanent.

I’ll supply pics as and when we get them but some will be mission sensitive. Most of the stuff we do will be on the twitter link I posted earlier.

Sadly we don’t contract out and the pilots are all police officers.

Does the force ever use sub-contractors do you know? Or only qualified police officers?

Asking for a friend?

Sadly we don’t contract out and the pilots are all police officers.

Is this Essex Police or the Met? For some reason i never expected the Police to have drones?

Most forces have a drone unit now and we are a little behind on getting up to speed. I’m in the British Transport police and we use them for searching for trespassers on the lines, missing persons, pre planned operations like football matches and Notting Hill Carnival. We’ve only just started rolling them out and the feeling is they’ll be a success and a massive saving over the cost of the Police Heli deployment.

It’s good that the police are embracing the drone technology, like @JayForceOne said, it’s much cheaper than getting a helicopter out!

Do they sub-contract that out? Or do you have to be a trained fireman too?

Sorry Rich mate, I think they have it covered… 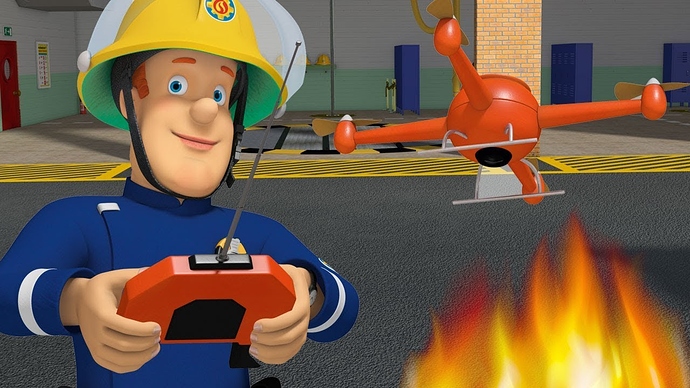 Have a look at this company they are doing pretty well. Nice set of equipment and busy.

Set yourself up @PingSpike with your own brand new business Be the boss you want to be .