I thought you may be interested in the attached safety alert from National highways (formerly Highways England), relating to a Parrot Anafi drone that seems to have misbehaved.

No one was hurt, and it seems like the cause is currently unknown. If I hear any more about this, I will post an update.

Not much to go on there especially as the forced landing seemed to work. Confused why they aren’t conducting further tests on it…

My assumption is that they will carry out tests once the AAIB have released it… I guess they do not want to ‘contaminate’ the evidence by doing anything with it until AAIB have given the go ahead?

Sounds like an Anafi prop failure. The props develop cracks from the mounting screw bore and propagate to failure in fatigue - so not visible externally. Understand the cracks can be seen if you use a blue laser light. Lowest time I’ve heard to failure is 14 hours. On the Anafi Pilots forum there are a few threads covering this subject so its not unknown problem. 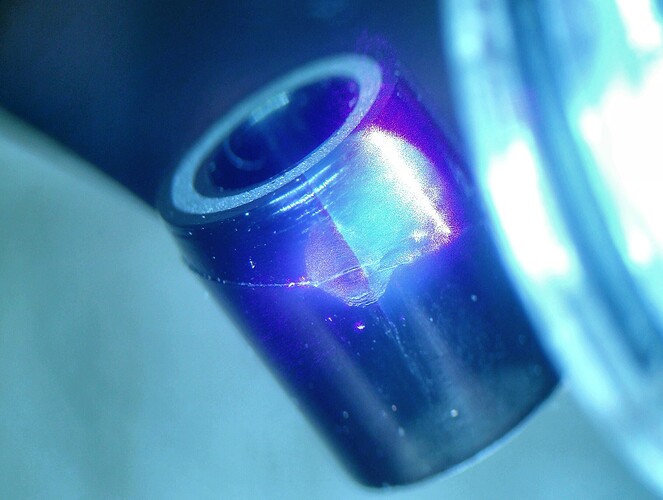 Is that a known problem with DJI drones too? I check mine visually before each flight, but I’m not sure I’d see that !!

It appears to be fairly common on Anafi drones. You wouldn’t see it on a DJI drone as the prop is not transparent. Don’t believe it is common DJI drones generally. The Anafi props always worry me - looks like they’ve been grafted on from a dragonfly - very lightweight and pliable. There are also some reports of props not being able to move when the centre screw is tightened - an obvious no-no

PLEASE NOTE – if using a blue laser light DO NOT shine it directly into your eyes - it can cause severe, usually permanent damage.

@BudgieUK the bit “resulting in the aircraft coming to a halt in a nearby tree” made me chuckle, when I cocked up (not a Parrot) mine just ‘hit a tree’ LOL