NFZ and other Zones

I am confused by the Red Orange and Green zones on the Geo map. I know I can never fly in the Red NFZ, but what are the rules for the:
Authorization Zones (yellow)
Enhanced Warning Zones (green)
Warning Zones
Can anyone give me the right link that explains what one can and can not do in these zones?
Thanks

I don’t know about DJI but on the Drone Scene web site you can click on the zone and it will pop up a balloon with all manner of information for you: 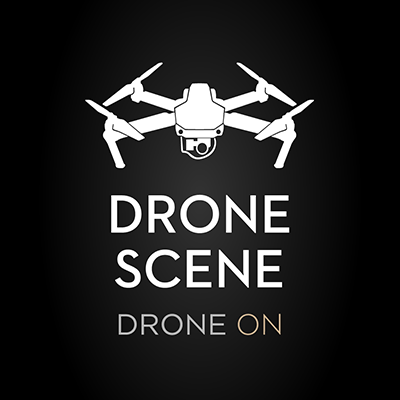 Thank you. I am still not quite clear. Can I fly in a Yellow Zone or do I need some form of authorisation?

Most are just advisory or cautionary, follow the drone code, use your common sense, you’ll be fine,

Ive recently experienced an interesting one - NATS and other apps showed an area I wanted to fly as green - everything set up then I get a “Cannot take off” warning because i was in a NFZ !!! With 2 military airfields nearby the different apps are very similar, so I wonder why the DJI app suddenly decided it was a red zone ? Wonder if this is the start of a “creep” towards more/extended red zones for no apparent reason ?

This post may help explain the disparity between DJI’s NFZs and what appears in the maps of the NATS app and DroneScene.

This post may help explain the disparity between DJI’s NFZs and what appears in the maps of the NATS app and DroneScene.

THAT is an interesting and helpful link buddy - many thanks for pointing me in that direction.

Unfortunately the DJI Noflyzones are at best complete overkill in many circumstances.

As an example I have the DJI Datalink mounted on one of my hexacopters. Every thing was fine until some moron landed his Phantom on the White House Lawn back in January 2014. As expected there was mass hysteria in the media and DJI responded by implementing No Fly Zones in software and Firmware releases. These NFZ’s were all of a 5Mile radius around all airports and 20mile radius around Washington DC. Over time DJI edited these NFZ’s to reflect more the official NFZ’s dictated by National regulatory bodies but still managed to overlook some of their own products, including the Datalink. I’m still unable to use it, quite legally, as it still limits operation within 5miles of an airport, in my case Leeds and Bradford. Despite many pleas from myself, and other users in similar situations, DJI chose to ignore the problem and instead chose to drop support for the hardware instead.

Probably the reason so many people remove NFZs from their DJI hardware / software and instead rely solely on proper real-time sources of NFZ data (eg. Drone Scene / NATS).

Oh I wish I could remove them from the Datalink App.

I’ve decompressed the ipa file and gone through the extracted files with text editors and hex editors, but due to my very limited knowledge I’ve not been able to find the data relating to the NFZ’s. The data is definitely in the iOS APP and not the hardware as the NFZ’s show up without connecting to the Datalink and without an internet connection. Even on a fresh install with a DFU reset on the iPad. 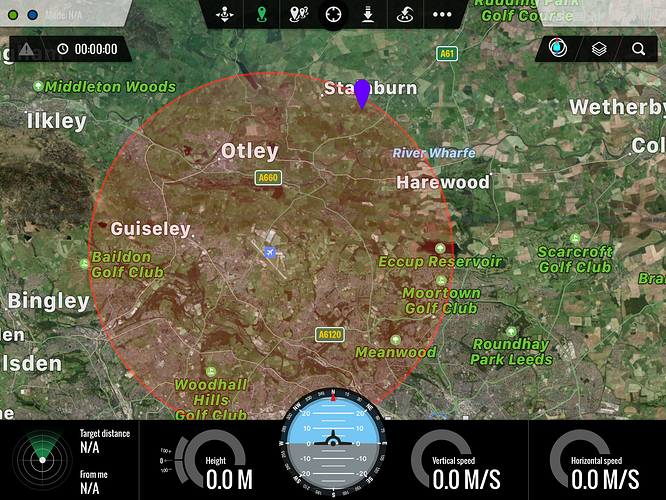 Check the NATs app for more information. But also use an aviation safety and compliance methodology. If you have a caution then ask why. And if you can’t find out why then play it safe and don’t fly until you have armed yourself with the correct information and confirmed a clear go/no go.

Looks like you are in Leeds Bradford CTR, hence the Dji NFZ

Looks like you are in Leeds Bradford CTR, hence the Dji NFZ

The following is not a rant against you, @tchambers Tony, as you made a valid point and I thank you for that.

The above screen grab was taken from the DJI LK24-BT Ground Station APP for iOS. The blue pin is the location of our local model helicopter flying club.

The screen grab below is from the DJIGO4 APP. The Blue Zone is technically the NFZ but can be unlocked if a valid reason and the relevant permissions have been granted. The Orange Zone is an advisory. It is Class D Airspace. The Blue Pin, location of the model flying helicopter club, is the same Class D airspace. A few fields North of the pin is my model flying club. Again it is in Class D airspace but we have been granted an exemption for a max ceiling of 1,000feet for fixed wing models.

My gripe is not with the official administration of the airspace but with the cack handed way DJI rolled their updates out. When DJI started to receive complaints they revised their NFZ’s for the Phantom range so that they were more inline with the official restrictions, this was in the Summer of 2014. However rather than update the iOS and PC software for the LK24-BT Datalink, as they did with the Phantoms and various flight controllers, they decided to drop all support for it even though it had only been on the market for about 12 months.

This is one of the reasons I will not buy “Fly from the box” products from DJI anymore. More and more these days you don’t actually own a DJI product but rather lease it until such a time as DJI see fit and all support is dropped. Not too dissimilar to the way certain mobile phone manufacturers and providers function. 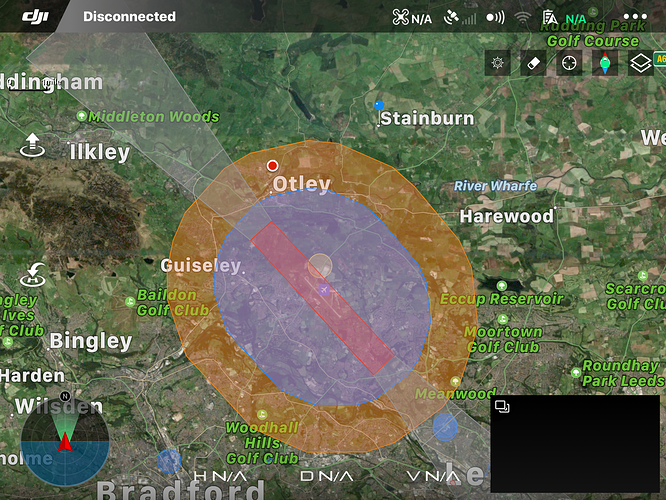 My gripe is not with the official administration of the airspace but with the cack handed way DJI rolled their updates out.

I totally agree with this - I have 3 airfields nearby, all red zoned so no problem BUT when the east of the island is green I expect to fly responsibly and not have to accept a random DJI download that decides its now a red area for poor reasons ( if any ). In one spot I got a red warning due to a fkin wind farm over 6 miles offshore !!! I hope that DJI will not follow the American system of randomly putting areas out of access for political reasons, rather than leaving it to the CAA via NATS to decide. Still, its a fine day today and I’m getting green on my app for windspeed and available satellites so from 13:00 I’m gonna drain these 3 batteries by getting the bird in the air.