Following on from my problems last week with the Mavic Pro not recognising SD cards, & subsequently being unable to refresh the firmware, I have sent it away to one of the UK’s DJI registered maintenance outfits.

I have just heard back from them that the battery is a non-standard (i.e. not from DJI) item, & that this is why the update refresh wouldn’t work.

Quite apart from the fact that this means that the SOB who sold me the drone had swapped out the genuine battery for a cheap copy - has anybody else had similar issues using non-standard batteries? Or am I the only person who finds themselves with a non-DJI item on their hands?

he’s probably got another Mavic Pro, and bought some cheapies to fob off on you and keep the originals for himself.
Or he’s is selling them off as originals on a separate deal !.
Where did you buy the drone from?.
Privately, or Fleabay, Gumtree?

It was a private purchase which included two batteries, both of which I now know to be non-genuine.

He is a commercial operator, so you’re probably not far off the mark!

shiester !.
That a good way to get yourself a bad reputation in business.
Having run 2 businesses, I would rather have a good reputation, than the money !.

the battery is a non-standard (i.e. not from DJI) item, & that this is why the update refresh wouldn’t work

Makes sense I guess, I doubt the cheap copies will have all electronic wizardry in them that a genuinely intelligent battery does.

Have you seen this @northernlights53?

Not sure how long they’ve been around but I’m seeing more and more ‘Powerextra’ batteries on the internet lately. Eg. https://www.amazon.co.uk/Battery-Powerextra-3830mAh-Intelligent-Replacement/dp/B078LSWCX9/ You can’t knock the price, that’s for sure. I’m not willing to take the risk though…

Do your batteries look like the ones in that thread?

Yes - that’s exactly what they are!

I shall be looking to return them to the seller, & asking for the original DJI battery that would have been supplied with the drone when it was new.

Given that he’s already been this disingenuous (or dishonest if you prefer) I doubt if I shall have much success though.

Not trying to be funny but those batteries are quite easy to tell apart from the original DJI batteries.

If you bought from an online ad, was there any mention of the type of batteries on the ad?

I doubt if I shall have much success though.

name and shame him into parting with it !, I would.

those batteries are quite easy to tell apart from the original DJI batteries.

To an experienced Mavic owner, perhaps

To a new guy/gal? I’d not know the difference…

Alas @northernlights53 - based on your description of the seller thus far, I don’t much fancy your chances mate

No, as expected he isn’t playing ball.

I offered him a generous proposal as a way of solving the situation but he wasn’t interested.

Send the boys round! 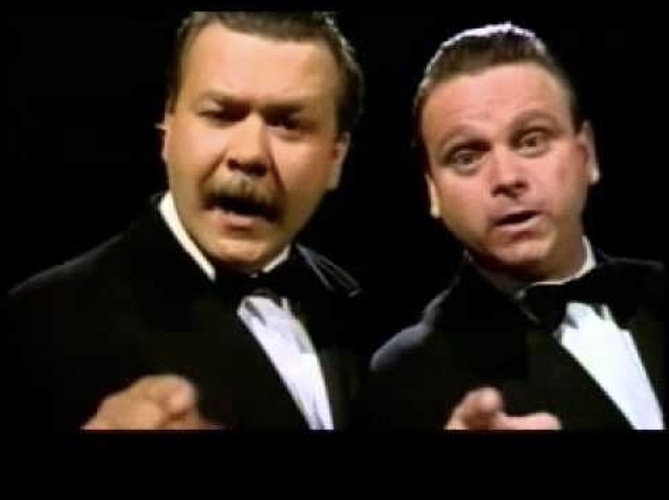 Where did you gat that picture of me and you Mick

Which one are you?

he’s the fat hairy one !

Mick has a tash …

so have I, no offence Mick !

Actually, I bought these batteries from Amazon and send them on my Mavic Pro and they were great! I never had a single problem with them and they actually lasted a little longer than the DJI one!
I also bought them for my phantom 4 pls and they were just as good.
I then had a small issue with one of the Powereextra batteries where the switch would sometimes (maybe 5% of the time) not turn off. I contacted them and the sent me a brand new battery within 24 hrs and apologised for the inconvenience!
They even contacted me a week later and asked if everything was ok and if I was happy with the batteries.
I don’t think they are a cowboy outfit. The batteries seem as good as DJI originals and the even report the charge cycles / voltage etc that the originals do.
I would absolutely have no problem buying from them again but if ever I had to return my drone to DJI, I would put the original battery in and send it back. You don’t need to give them another excuse to wriggle out of their obligations, they’re more than capable of doing that by themselves!

I would put the original battery in and send it back. You don’t need to give them another excuse to wriggle out of their obligations,

Other than all the details of every battery used are logged in the guts of the MP/Phantom that you cannot delete.

Yes, they are the batteries that were supplied with the MP that I bought.

To be honest, as flight batteries they appear to be OK, >=20 mins flying time, & decent re-charge time. I was just somewhat taken aback when the service outfit stated that non-standard batteries were the reason why the firmware refresh wouldn’t work.

Anyway, from his point onwards I shall be using genuine items for the MP only - no point in taking risks just to save a few quid!!