Not all aircraft tracking is accurate

I was looking for software to give advance warning of flights since the helicopters that regularly appear near me are never on the likes of Drone Assist, and then I realised that most of the heli flights show on software like FlightAware or Flightradar24 yet never show on the “ official” CAA software NATS AE.

When I started checking I found the answer on the NATS website. “We don’t display all of our radar data, as a number of aircraft, such as most military and police aircraft, are removed.”

Not much use then really if the censor the data.

I thought that little gem might be interesting to any one looking for flight info.

I had a police helicopter fly near me only the other day. Definitely no broadcast ID.
No point in warning the crims your approaching

The Drone Assist app has never claimed to display any aircraft data.

I’m not sure why you thought it might / would?

I thought it was a given, security reasons, plus if you’re anywhere near Wattisham or Shawbury to name 2 well known heli sites, it’s ad-hoc at best…

Not all choppers or fixed wing (private) keep their transponders operating…they regularly fly over my place from all points - sometimes nothing is shown on FR24…nothing - yet I can clearly see them by MK 1 eyeball.

Sorry badly worded, I meant that these low flying choppers never use the app to pre warn , the chinooks often only become audibly visible when they are nearly overhead and if you have a drone up there is little time to drop it as they are often sub 400ft or it looks it.

I think you may find the Chinook helicopters fall under the Ministry Of Defense bubble, so I would be absolutely shocked and stunned if they were to display there location through any form of transponder.

One was operating down from Shawbury the other day…Shawbury - overhead Birmingham Airport and then south via Warwick…visible on FR24 the whole way. !

One was operating down from Shawbury the other day…Shawbury - overhead Birmingham Airport and then south via Warwick…visible on FR24 the whole way. !

That is because it was very close to an international airport and obviously not conducting any training or covert operation, bet it was pretty good to see it on FR24

I changed the airport from domestic to international
thanks @AIRAC

Living near the airport you get used to the sounds of the police planes and helicopters.

The national police plane is stationed here and I hear it most days. It can be tracked on FR everytime.

International Airport The Brummies will be upset calling it domestic!!

Aren’t they all domestic at the moment, well for us lot anyway.

Touche!..
(Not a lot of people know this)…but Biirmigham Airpprt was the first place in the world to operate a MAGLEV people carrier…not for long tho’…it kept dropping on the track!..think they have a rail job nowadays.

I use fr24 and freedar, freedar shows military and police

One thing to remember about these online tracking APPs is they rely on a third party receiver to be active in that area and to be in direct line of sight of the aircraft.

I’m situated about 5 miles North of LBA, but I’m also about 140m lower in elevation than the runway. When I’ve used my own ADSB receiving gear I can track aircraft on approach if I can visually see them. But when the aircraft disappears behind the peak of Otley Chevin I can no longer visually see the aircraft or receive its ADSB transmission even though it’s only about 2miles away. In contrast I can still receive ADSB signals of aircraft at cruising altitude up to 200miles or more distant from me. The limiting factor here is my location in this valley and the curvature of the Earth. Yes, the Earth is spherical and not flat!!!

If you’re interested in running your on ADSB receiver it can be done using a cheap DVBT (Digital TV) USB dongle and and free software on PC, Android, and quite possibly a Mac.

I have 360 Radar, regularly shows military and police assets.

Other members of the contributers group have previously picked up the QRA from Coningsby, c130’s from Northolt amongst others.

I have picked up several Chinnocks as have others.

just youtubed this, do you use your own antenna or the one that comes with the dongle?

See, you are a mind of info Nidge

The one that comes with the dongle is usually adequate for picking up most of the signals on a casual basis if you site it next to a window and have a clear view of the sky.

I have a feeling you maybe disappearing down another rabbit hole, Alice. 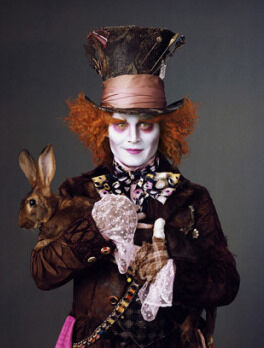