Not allowed to fly here!

As UAVs are not allowed in the park I grabbed a quick pano during an authorised search flight (in somewhat windy weather).

Nice one Robert - tough area for a search though

Thanks John. We were part of around 50 volunteers involved in the search, atras based on last reported sightings. There were 4 of us with drones, others were walling in small groups with a mix of pet and working dogs. Conditions at the summit of the hill where we met were too bad to fly, the four pilots dispersed to separate holding points, waiting to be called into action by any of the walkers (we had a radio net) if anything was found indicating the woman may have been in an area recently.

Given that the country park is several square miles of grass, scrub and woodland, heacily used by cyclists, walkers and riders I have my doubts that the woman, who has mental health issues and possibly doesn’t want to be found, will be seern in the open. If it were me, wearing just the clothes I left home in, I would burrow deep into some rthicket in a hollow or in the lee of the hill in order to stay away from the wind.

Back tomorrow to continue , 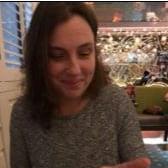 FIND Trinity Robin. 308 likes · 605 talking about this. This page has been set up as a HUB for all information and updates on Missing Trinity Robin. Preparations are in place to conduct a large scale...