NOT The smallest and oldest City in Wales

A quick view of the city of Bangor. Filmed from the Roman Camp on one ridge, across the valley to the opposite ridge. Good exercise for me and the quad. 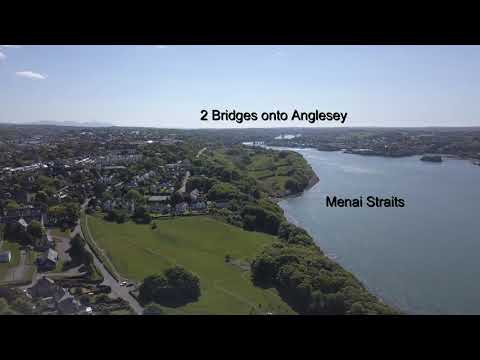 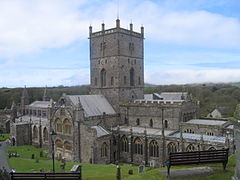 St Davids or St David's (Welsh: Tyddewi, [tɨː ˈðɛwi], lit. "David's house") is a city and a community (named St Davids and the Cathedral Close) with a cathedral in Pembrokeshire, Wales, lying on the River Alun. It is the resting place of Saint David, Wales's patron saint, and named after him. St Davids is the United Kingdom's smallest city in population terms (1,841 in 2011) and urban area. (The smallest city by local authority boundary area is the City of London.) St Davids was gi Tradition s...

City status
See also: City status in the United Kingdom and List of smallest cities in the United Kingdom
Bangor has been unique outside of England in using the title of ‘city’ by ancient prescriptive right,[12] due to its long-standing cathedral and past privileges having been granted. In 1927 a government list was drawn up detailing which settlements were cities, with Bangor being included.[13] However, city status was reaffirmed by the Queen in 1974 to the community council area with new letters patent after local government reorganisation.[14] By means of various measures, it also is one of the smallest cities in the UK. Using 2011 statistics, comparing Bangor to:

So - Bangor is (almost) 9x the population of St David’s and over 7x the urban area.

As I don’t know how to change it - the title is now " NOT the smallest City in Wales" - there, everyone happy now.

It’s still a great video whatever the title.