The youngun went paddle boarding so got some of my first over water shots.
Slight panic as the phone ran out of power whilst over water, but was able to fly back as the controller was still connected etc ( dont you just love line of sight! ).

Near to Bradford airport ( ish ) so 60m ceiling, but it all worked very well 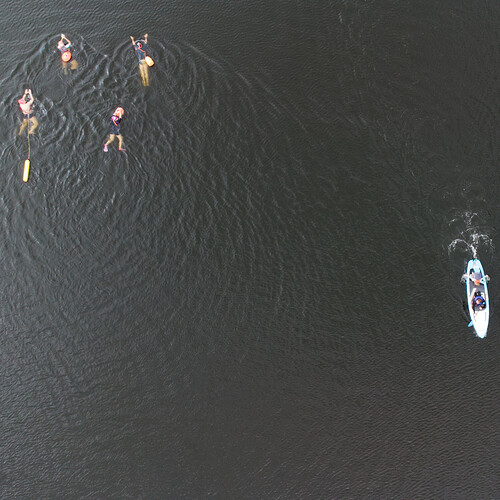 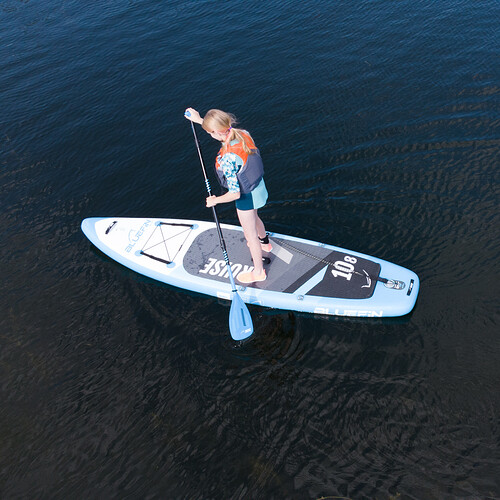 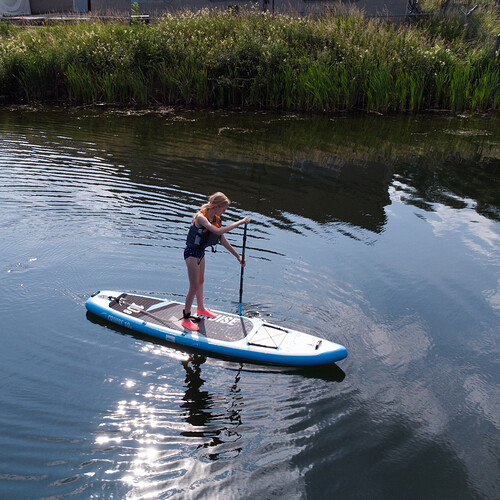 Slight panic as the phone ran out of power whilst over water, but was able to fly back as the controller was still connected

The first time you have a controller fail is frightening; seeing your aircraft coming straight back to base is a great relief

Totally :-), I was very careful re RTP at the start, so the button / 25% battery would have triggered it all nicely. It took a minute or so to realize that it wasn’t coming home when the screen died, but then noticed the controls where still working.

I’ve noticed the control unit powers my phone. Not sure how your phone died but the controller still worked

Hope it doesn’t happen to me. My line of sight is about 30m before that tiny grey thing disappears

Always on Android, selectively on iOS.

I have a tiny strobe velcroed on the bottom of mine that helps massively ( sunlight and direction of drone dependent of course ).

Phone died due to daftness on my part, I didnt charge enough and the power from the controller coming in was less than the power needed to run the phone in bright light. Took off on about 15% power on phone and two flights of 20+ mins later the phone powered down

But controller still had link, so no real bother and if I had been out of sight or panicked, I could have used the RTH button. I guess its a good thing to learn, do the take off checklist, fly sensibly and dont panic if things go wrong ( with a GPS UAV ) and know / trust your ability and kit.

Not sure on the power output capability from the controller to the phone, I think its not enough ( cable issue possibly ) to increase phones battery, just keep it in check, maybe due to screen brightness, signal strength, WiFi being on / searching , GPS etc ? I will check on fully charged phone next time to see if I can stick at 100% or if it drops a few notches.

Unless I have completely misunderstood, according to demos on YouTube, the Mini 2 would have returned to home position (last logged Home pos.) even if both the controller and phone malfunctioned.

If I am wrong on this one, can someone enlighten me

Not sure on the power output capability from the controller to the phone, I think its not enough ( cable issue possibly )

I think it depends on the device and the power demands of that device whilst using the DJI app and other background tasks.

I use a 5 year old Android that’s a dedicated drone-phone, with almost nothing else installed and always in airplane mode when flying.

It manages to charge this whilst in use OK. Not rapidly, but sustainably.

Yes indeed, if the controller looses connection it will return to home ( if set etc ).

My issue was the phone screen died, so controller was still connected to the drone and it was still happily thinking it was under control, I just wasn’t able to see the cameras view.

It took a few seconds to remember this, but then I was able to fly home ( or I could have pressed the RTH button to get it to do this

Everything other than the pilot did as it was supposed to do!

Yup I think I will add to my checklist disabling things ( going to airplane mode etc ) before flight now.

Christopher the photos are great especially the pano

I use a Galaxy Note 8 on my DJI controller so not the newest of phones and I find that the phone saps more power than the controller puts into it, I also thought about using my old Sony Xperia as a dedicated controller screen but put the idea out of my head when I thought about the updates and all features on the DJI fly app… do they not need phone signal to operate properly?

do they not need phone signal to operate properly?

No and some would argue, myself included they are better in airplane mode.

The other good thing about being in Aeroplane Mode is that no one can bother you during drone time :

Cheers, I’ve even thought about installing the fly app on the wife’s phone as a back up but thanks to you guys she is completely redundant now and has no need to be there

Your Drone will return to home even if your controller and phone go flat.

Look at Windswept Roberts site on You tube he actually disconnects both and shows what happens.

Your Drone will return to home even if your controller and phone go flat.

As long as that behaviour is set in the app.

Yup this was all set, it was just a scary moment when the screen died. It took a few seconds to realize the drone was still flying and that the controls still worked

But yes I could have RTHed or let the drone come home when the battery started to deplete.

The one learn I had with this was that, Line of Sight is very important ( along with knowing position, and direction etc ) and not to panic, but to think through things when something goes wrong like this.

Good learning, especially at the mo with the iffy DJI Android code thats out ( had a software / App crash last night ( had this a few times now, I was able to restart the App and it connected to the drone after a few seconds ).