Pendargon Castle - Added to Castles and Fortifications in North West 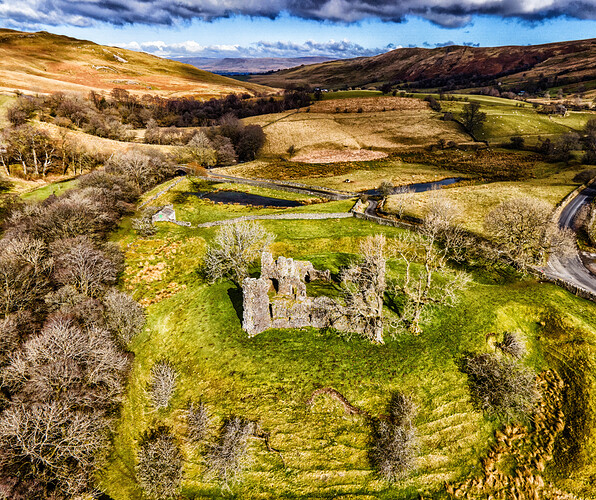 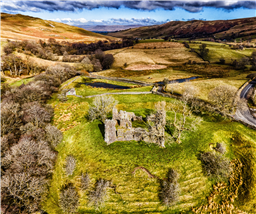 This location has been recommended to fly your drone in the Castles and Fortifications category in the North West region.

Pendragon Castle is just off the B6259 road not far from the village of Outhhill.
there is parking space for about 3 cars. Toal was from just inside the boundry wall

The originator declared that this location was not inside a Flight Restriction Zone at the time of being flown on 05/03/2022. It remains the responsibility of any pilot to check for any changes before flying at the same location.

Pendragon Castle is reputed to have been founded by Uther Pendragon, the father of King Arthur. According to legend, Uther Pendragon and a hundred of his men were killed here when the Saxon invaders poisoned the well. There are also claims that the Romans built at least a temporary fort here, along the road between their forts at Brough and Bainbridge. But (apart from legend and supposition), there is no real evidence that there was any building here before the Normans built their castle in the 12th Century.

The castle was built next to the River Eden in the Vale of Mallerstang in the late 12th century, probably by Hugh de Morville. Like the nearby castles of and Appleby Brough, Pendragon came into the possession of the Clifford family. It was abandoned after a raiding Scottish army set fire to the castle in 1341, but was rebuilt in 1360. It was left in ruins by another fire in 1541, but was restored in the mid 17th century by Lady Anne Clifford. The castle gradually fell back into ruin after her death – and now remains a romantic ruin, set in glorious scenery. 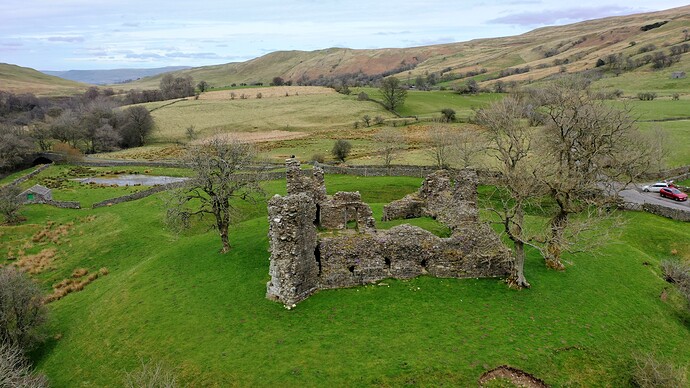 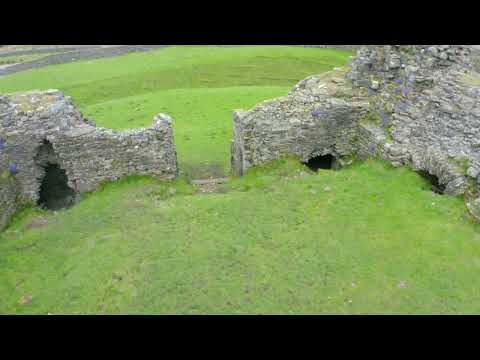