As the title states, this is the spillway at Pontsticill (bridge near a stile) Reservoir. At the time I wasn’t sure how the drone would handle as the winds were quite high and I was new to the MA. But I was very pleasantly surprised by its stability. 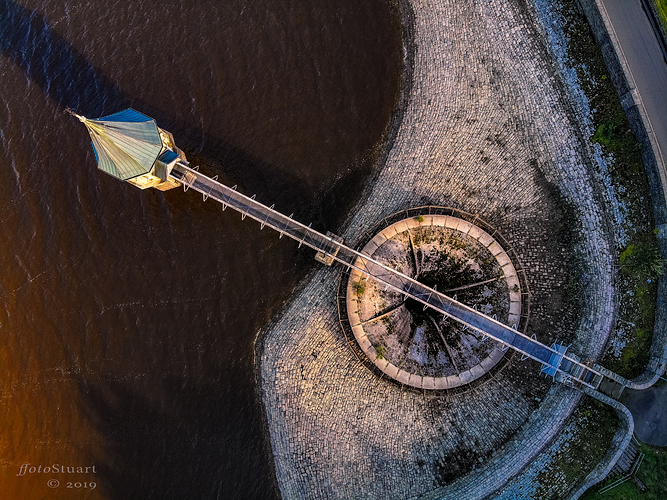 Were you not tempted to descend down the bell mouth for a looksee??

Not with the high gusting winds that day…bear in mind that this was my new drone having lost my prior to a sudden gust on what was a still day.

Even though I know the area, I would never have identified it as Pontsticill

And a very similar shot in January this year.

Great to see the contrasts between the two from the muddy brown low water to the bluer one with the water back.

I plan to return sometime to hopefully grab a similar one with water this time.

I love it up that way, @imleonbrown is often up there as well.

Me as well but finding time is always the issue for me. Maybe this weekend as i never go away on BH’s.

Might even try and persuade the fam to join me and do a tromp up Pen-y-fan.

They’ll have to catch me first.

Yeah, I had some tosser with a lanyard telling me the, sorry, his idea of the rules when I was walking down tracking us from a reasonable distance, I was too knackered to argue so just walked off