I’m new to drones and I really wanted to get a Mini 2 - i looks great. But it costs £500 with the Fly More pack and I couldn’t justify the cost if this turns out to be a hobby I don’t get into.

So I’ve ordered a Holystone 720G which seemed to have good reviews, support and was almost half the price. When I was looking at the specs, it states an FPV range of ~500m which I thought would be ok for me (I mostly want it for taking videos of my car).

But having watched a few awesome videos taken flying over estuaries, for example, I can imagine 500m isn’t much?

As a beginner, do you think that range will be a problem?

do you think that range will be a problem?

It’s a similar size to the Mini2, I think - weighs 377g officially.

My eyesight isn’t great, I doubt I’ll be able to see anything more than 200 metres away, hence the FPV range being important.

I have no initial plans to go that far but just wondered how far others go, on average? 500m sounds like a lot but maybe it’s not?

Relegated to flying in the countryside then.

I doubt I’ll be able to see anything more than 200 metres away, hence the FPV range being important.

Will your spotter be able to see it 500m away?

Did you buy it from Amazon, Argos, etc? Can you easily return it if the range does cause you problems?

Too many people get fixated on range. A camera drone is to all intents and purposes a flying tripod or a cable cam minus the cable. There’s nothing more boring than watching a video of a Drone being range tested.

For your first flights you’ll be flying close in anyway, as you get to grips leaning to control it.

Many of us do “hack”, or increase the transmit power of our control links. This is not primarily to increase the distance we can fly but more for ensuring we have a solid link that’s more resilient to Interference.

Just to clarify, I’m not blind

but I assume that a drone at a few hundred metres will be a speck in the sky, so difficult to tell which way it is facing, no? Hence I assumed everyone relied on FPV at those sort of distances?

Have a read up on the regulations in the UK

. Line of sight is required for (most) drone ops and FPV goggles doesn’t cut the mustard with the CAA which is why people are mentioning spotters

How the regulations apply to you

Been there, done that - I know the theory; I just wanted to know what the real world was like

PS: I’m not an undercover CAA official checking up on you…don’t panic

Then really it will depend how much you trust the RTH functionality and the RC link.

It’s one thing to lose video at 500 m but control at 3 km so you know you have a wide saftey margine in which you can trigger a RTH if the video drops, however if you lose both at 500 m I’d be a bit anxious.

Personally my VTX range has always been shit, about 300 m, but I have live telemetry so it doesn’t particularly matter for my use case

The operating range is twice the FPV range, so I hope that will be ok…

In the real world, a stated 500m range means it uses WiFi so will be susceptible to interference, and 500m is very much a ‘maximum on a good day’ figure. Some locations you’ll be lucky to get 100m away.

The weight of the drone being over 250g is also very restrictive, with the regulations severely limiting where you’ll be able to fly it.

Finally, DJI is such a well know name that if you decided droning isn’t for you then you’d be able to sell a Mini2 for not much less than you bought it for ( assuming you’ve not crashed it ) - less so for a Holystone

And if you want to know more about those kind of ranges @Nelmo start here: https://www.parrot.com/assets/s3fs-public/2022-01/whitepaperanafiai.pdf

4G is great until you hit a dead spot, which is a problem I know people are running into in USV operations (that and the MCA being arses), some of our autonomous stuff uses iridium so we get global connectivity but it’s pricey and slow, wouldn’t work for FPV xD 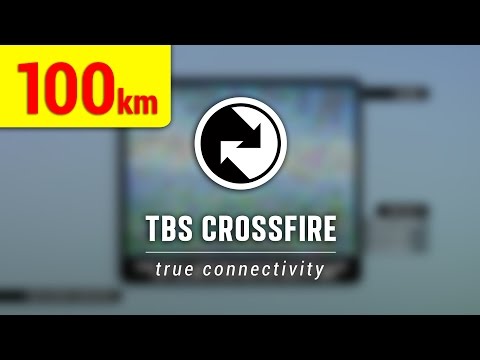 My mate had the same drone. It seems decent enough and behaves pretty well. Its actually quite good for the price, but stay away from any interference. Open fields, good. Town centres, very bad, it will fly away and do whatever the fuck it pleases.

Yes, thanks, I’ve watched a few more reviews and I think it’s will be fine for me. As to the range, one of the videos showed the drone 100m away and that seemed pretty far to me, so I think I’ll be good (and it’s too heavy to fly in town anyway, so shouldn’t have too much interference out in the sticks where I live).

I will tell you though, that once my mate had a shot of my mini2, he bought one. His holystone hasnt been flown since

If you don’t expressly want 4K video and are fine with 2.7k then out of interest have you looked at the Mini SE? Opens up a lot more places you can fly