This is a weird one. The right stick on my remote Tx has stopped working. Calibration doesn’t ‘see’ it at all, and updating firmware even with DJI Assistant doesn’t do anything.

I’ve since bought another brand new remote (for a mere £65 online), so that side of things is sorted, but just wondering what makes a complete stick become inoperable? I’m just glad it didn’t happen in flight!

Has anyone any experience of a similar issue, or even a stripdown / fix? Loose micro ribbon cable inside, maybe? I’m guessing that’s how the potentiometers of the stick would be connected

Loose micro ribbon cable inside, maybe? I’m guessing that’s how the potentiometers of the stick would be connected

It’s like Schrodinger’s cat thought experiment. Until you open the controller it could be both a ribbon cable and a hard soldered connection.

I think DJI are too cheap to use quality gimbal so chances are it could be a ribbon assembly that has come adrift if you’ve lost response on all axis.

I’ve been meaning to teardown my Mini2 controller to find out what type of antennas are installed.

I can answer that one for you - two small patch antennas inside the plastic domes at the top, operating in diversity mode.

Thanks for the info, Rob.

I thought as much, which further validates my right to giggle at those whom have bought those silly Yagi things.

I found a YouTube tutorial on how to separate the case halves… fiddly.

Took out the tiny 5pin micro JST plug from the right hand joystick, reseated it firmly, put it back together and it’s now fine and calibrated perfectly.

Worth a look at the tutorial for reference, and you can also see the small MCX RF connectors labbeled B and W that run to the patch antennas. 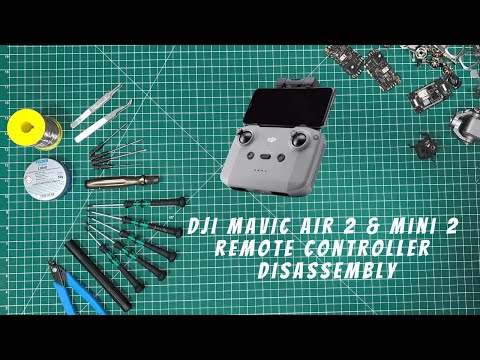 As they used to say at Zanusi, “Brilliant but simple”.

Without risking permanent damage to the antenna enclosure by trying to crack it open, I suspect the antenna’s will be a popular microstrip design.